In “The Man Behind the Curtain” (May–June), Tony Rothman cites the gap between reversible Newtonian mechanics and the irreversible second law of thermodynamics, calling it “perhaps the greatest paradox in all physics.” And he refers to a gap in quantum mechanics, the measurement problem, as “the great unresolved mystery of quantum theory.”

Ilya Prigogine, who won the 1977 Nobel Prize in Chemistry, and philosopher Isabelle Stengers claim to have closed both of these gaps. To unify classical and quantum mechanics with thermodymanics, they propose extended versions of traditional models. In these new formulations, the two paradoxes are closely linked and similarly resolved: Probability becomes the fundamental concept in both disciplines. In quantum mechanics, probability itself replaces the probability amplitude of the wave function. Eliminated are the dualism and the need for “mysterious” intervention of an observer.

Prigogine describes these solutions in his book The End of Certainty: Time, Chaos and the New Laws of Nature (1997), but I do not know to what extent they are accepted in the physics community.

Tony Rothman’s essay is worthy of serious attention by all who claim to be physics teachers. But I think Dr. Rothman unfairly uses the textbook as a whipping boy. The textbook is just one of many parts of a physics education, the most important of which is the instructor. Dr. Rothman’s sound ideas will make more headway into physics education if they become part of the canon of physics pedagogy as practiced by teachers. Let’s not blame the tools for the problems when those who use them must have the knowledge and skill to apply them well.

I welcome Al Clarke’s mention of the late Ilya Prigogine and his attempt to reconcile the second law of thermodynamics with Newtonian mechanics. Prigogine, of course, was only the most recent in a long line of distinguished scientists, beginning with Ludwig Boltzmann himself, who made the effort. I would recommend my book with George Sudarshan, Doubt and Certainty (1998) for a nontechnical survey of the attempts to solve the “arrow of time” problem. I knew Prigogine personally and had the greatest respect for him, and at the same time felt that he was often shabbily treated by the American scientific community. Nevertheless, in the specific matter of his resolution to this most intractable of all paradoxes, I believe he erred, essentially by inserting the desired result by hand, as his predecessors did. (The issue is highly technical, but it amounts to deciding to close a contour integral in one half of the complex plane rather than the other.) It is fair to say that the physics community has not greeted his school of thought with open arms.

If Alan Hull believes my essay was directed solely at physics textbooks, he should read it again. The issues I discuss go to the heart of physics and are not merely a matter of what we tell students but what we tell each other—and what we omit. Furthermore, it should hardly be necessary to point out that textbooks don’t arise through spontaneous generation; they are written by human beings, in this case by people who call themselves physicists. With four or five of the current crop of intro texts on my desk, all of which are indistinguishable dilutions of the 1960 edition of Halliday and Resnick, I truly cannot understand why any student should be stimulated to ask any question whatsoever. For physicists to present the field in such a cookbook fashion shows either that they have ceased to think for themselves or that inquiry has become subservient to money. 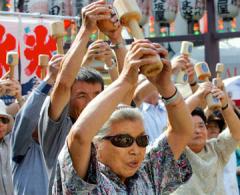 Aging: To Treat, or Not to Treat?