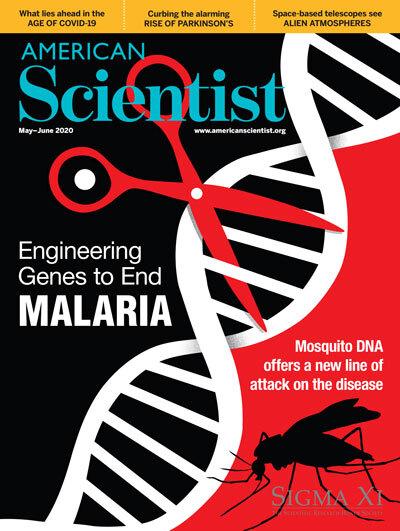 Malaria is a devastating disease transmitted from person to person by mosquitoes. It kills more than 400,000 people per year, more than half of those deaths being children 5 years old or younger. CRISPR (clustered regularly interspaced short palindromic repeats) is a new gene-editing technology that acts like a pair of molecular scissors: It is used to “cut and paste” DNA sequences to alter gene function. In “Gene Editing and the War Against Malaria” (pages 162–169), Ethan Bier and Elliott Sober describe how biologists can now alter genes in a malaria-transmitting mosquito population by engineering a CRISPR gene drive, which mimics a natural evolutionary process. With this tool, a new gene can be inserted into the genome so that the alteration is rapidly passed down to successive sexually reproducing generations. Two gene-drive strategies have been found feasible: The first drives a local malaria-transmitting population to extinction; the second renders mosquitoes unable to transmit malaria, which breaks the malaria transmission cycle. (Illustration by Barbara Aulicino.)