I would like to add my reasoning to Howard Smith’s excellent article, “Alone in the Universe” (July–August). Some scientists claim that there are billions of galaxies, each of which contains billions of stars and planets. According to this reasoning, even if there were a very small chance of a planet having the right conditions for life, there would be millions or billions of such planets in the universe. Hence, many planets would harbor intelligent life.

Furthermore, because our solar system has developed in the last five billion years, but the universe is about 13.5 billion years old, there should be billions of solar systems older than ours. These could harbor millions or billions of Earthlike planets, which would be senior to Earth by billions of years and which could be hospitable to life.

Now consider the scientific and technological developments—such as computers and unmanned space probes—that took place on Earth in the past 100 years. If our own civilization can make such strides in science and technology in 100 years, the intelligent beings on those millions of putative hospitable planets—with civilizations much older than ours—would be able to find us by now. But since we have not yet been found by other intelligent beings, there is a very high probability that we are alone in the universe!

To add to the improbability of intelligent life developing on a planet—even a planet with advanced animal life—consider that early humans developed in Africa and nowhere else. Why just Africa? The Western Hemisphere had primates, but they have remained monkeys. It seems to me that humans were just lucky in Africa and if it hadn’t been for this luck or a series of improbable evolutionary events there, Earth could well have gone many millions of years without the appearance of human (or nonhuman) intelligence. 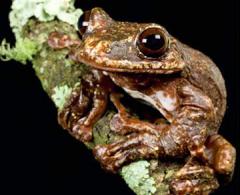 Lessons of the Lost