The Crazy Anatomy of Horned Dinosaurs

This remarkably diverse group of dinosaurs went far beyond Triceratops.

From The Staff Evolution Archaeology

On September 29, 2020, Eric K. Lund, the paleontology conservation lab manager at the North Carolina Museum of Natural Sciences gave a virtual talk for American Scientist’s lunchtime seminar series on his research with horned (or ceratopsian) dinosaurs. After, he was interviewed by Brian Malow. A podcast of the interview is below, followed by a summary of the live tweets that highlighted points of the talk. 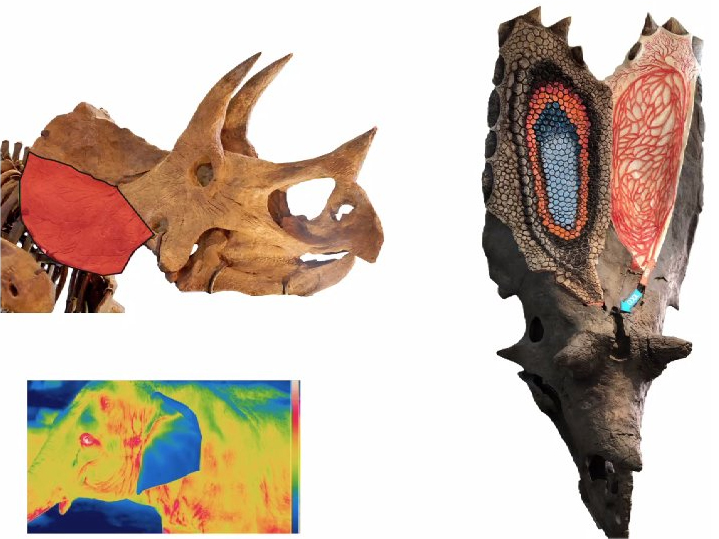 Ceratopsian dinosaurs are among the most diverse and best-documented non-avian dinosaurian groups, with more than 70 species that persisted for approximately 90 million years (from the Late Jurassic to the end Cretaceous). During that period ceratopsians evolved some of the most highly derived skulls among vertebrates. Salient characteristics include parrotlike beaks, dental batteries made of hundreds of teeth with shearing dentitions, enlarged nose regions, and ornamented skull frills. The group is exemplified by the iconic Triceratops, but their early evolution is marked by diminutive, unornamented, small-bodied forms such as Yinlong. The world of horned dinosaurs had fascinating diversity and evolutionary history and was one of the most remarkable groups of dinosaurs to have ever existed.

Eric K. Lund is interested in the paleobiology and functional morphology of ceratopsian (horned) dinosaurs and faunal evolution in the Western Interior Basin during the Cretaceous Period. He received his BS and MS degrees in geology and geophysics from the University of Utah in 2004 and 2010, respectively. He has had the opportunity to conduct paleontological field work in many parts of the United States including Utah, Montana, and North Carolina, and around the world including Mexico, Tanzania, and Madagascar. Eric is currently completing a doctorate through Ohio University focusing his research around ceratopsid evolutionary morphology and functional anatomy, while also serving as the paleontology lab manager and paleontology volunteer coordinator at the North Carolina Museum of Natural Sciences.