Zooming In on Mars

Want a much closer look at Mars? Arizona State University (ASU) researchers and their collaborators have published the most complete map yet of the red planet, covering nearly all of its surface with a resolution of 100 meters per pixel. Only portions of Mars have been recorded with better detail. This rendering, accessible to anyone on the Internet, was made by stitching together about 21,000 images. The Thermal Emission Imaging System (THEMIS), a camera on NASA’s Mars Odyssey orbiter that captures infrared and visible light, produced those images over nearly five years. Phil Christensen, director of the ASU Mars Space Flight Facility and the THEMIS principal investigator, described the project to American Scientist associate editor Catherine Clabby. 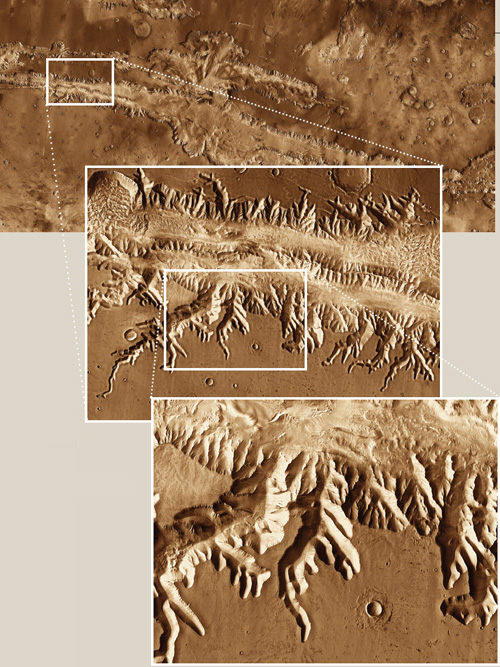 A.S. Could this map have been created five years ago?

P.C. No. We didn’t have all of the images to cover the surface, and we hadn’t developed all the software tools. The images are converted to digital signals, much like the digital images on modern cameras, and radioed back to Earth. When Mars is closest to Earth, the radio signal takes about four minutes to reach here, traveling at the speed of light; at its farthest, it takes about 20 minutes. Even with very sophisticated software and about 100 state-of-the-art computers, it took many months to construct the mosaic.

A.S. How will this map be useful to researchers?

P.C. In geology, it is sometimes very difficult to understand how a surface is formed if you are too close and can’t see the bigger picture. But you also need to be able to see enough detail to figure out how the features were created. This new map provides both. It also provides the foundation upon which scientists can add other data and very high-resolution images. We’ve learned a lot already. For example, we’ve been able to study landforms such as river channels in more detail along the entire length of the channel. 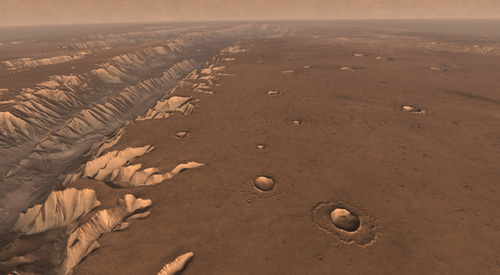 A.S. How could the public benefit?

P.C. This is a tool anyone can use to explore Mars. It is fun just to simply roam around the image, just getting a better sense of how diverse and interesting Mars really is. We will continue to improve the map by replacing poor images, such as ones taken during dusty periods, with better ones. We are also working on a project to have the public help us register the images slightly more accurately. But the resolution of this map won’t change because we are already using the full resolution of the THEMIS infrared camera.

An unannotated version of the 100-meter daytime infrared global mosaic of Mars can be viewed at http://jmars.mars.asu.edu/maps/?layer=thm_dayir_100m_v11. To explore Mars maps made from multiple data sets, visit http://jmars.mars.asu.edu/maps/. Use the “layer” drop-down feature to load “THEMIS Day IR 100m Global Mosaic” or any other data set listed.