With a Little Help from My Friends

Broad-brush theories that explain the evolutionary origins of distinctively human attributes are perennial favorites in anthropology. Whatever the nominated unifying factor—language, technology, culture—the challenge is to persuade a usually skeptical audience that a single phenomenon might encompass the immensity of the human condition. This is hard enough to do, given the rich tapestry of current human diversity, but it is even more difficult to plumb a factor’s origins in the prehistoric past. 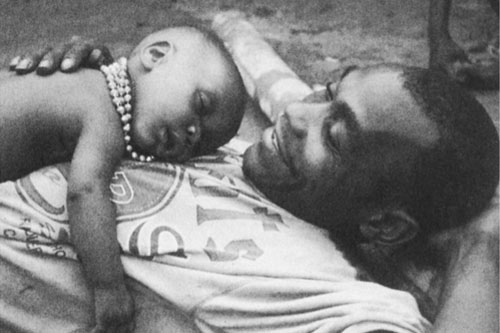 In Mothers and Others, the hypothesis is that the key development in the transformation of our ape ancestors into early hominins was the emergence of the extended family, and especially of alloparenting (see below), long before larger brains or language or complex technology appeared. Furthermore, as is made explicit in the book’s subtitle, The Evolutionary Origins of Mutual Understanding, the cognitive and emotional processes underlying the structure and functioning of the family must be tackled if we are to know why natural selection acted to produce this result. Not an easy row to hoe!

If anyone is up to the task, it is Sarah Hrdy, a primatologist and sociobiologist who is professor emerita of anthropology at the University of California, Davis, and a member of the National Academy of Sciences. Hrdy began producing provocative, erudite monographs on human evolution early in her career. Her classic 1981 book, The Woman Who Never Evolved, put women in the picture of human evolutionary studies in a way that meant that they could never be shut out again. In Mother Nature: A History of Mothers, Infants and Natural Selection (1999), Hrdy made evolutionary sense of the most important relationship any human being ever has, that between mother and offspring. However, the origin of Mothers and Others goes much further back, to Hrdy’s first major scientific article, a critical review titled “The Care and Exploitation of Primate Infants by Conspecifics Other than the Mother” (1976, Advances in the Study of Behavior).

An alloparent is a conspecific (that is, a member of the same species) of either sex who contributes caregiving or sustenance to the upbringing of someone else’s biological offspring. Such apparent altruism is widespread in mammals and even more so in birds, where the practitioners are known as “helpers at the nest.” There are good sociobiological reasons for an individual to become a helper, especially if the youngsters being helped are relatives, and so kin selection is usually thought to be the evolutionary driving force. Such cooperative breeding (or more precisely, communal rearing) improves infant survival, enhances development and increases the rate of reproductive output. This adaptive package is well-known in the animal kingdom, and Hrdy does a good job of synthesizing what we have learned from studies of scrub jays, naked mole rats, meerkats and other creatures.

But what about the human form of such helping? Key features of the human evolutionary story—our costly bigger brain, extended life span and prosocial tendencies, especially sharing of food—are crucial. For example, if Hrdy is right, then we have an explanation for an apparently derived trait in Homo sapiens—namely, menopause. Further, the process of the infant forming multiple attachments to multiple caregivers is enabled by uniquely human attributes that combine advanced mental and cognitive abilities: empathy, mutual understanding, “mind reading,” and the like, which add up to what Hrdy calls hypersociality. Evolutionary anthropologists talk of the rise of anatomically, behaviorally and cognitively modern humans, but she goes further to discuss when emotional modernity might have appeared in our evolutionary past. The implications are profound: If we have evolved to be cooperative breeders, then the favored family structure in the industrialized world—the nuclear family—is not just a cultural anomaly but is inherently flawed.

Hrdy presents her hypothesis systematically and painstakingly, chapter by chapter, so that the result is compellingly plausible. But how is the idea to be tested? That is, if the roots of cooperative rearing go deep into humanity’s past, to 1.5 to 2 million years ago (long before language emerged), then how can we study it? It is hard enough to makes sense of stones (artifacts) and bones (anatomy) from the past, but how are we to collect data on ephemeral behavior? The usual means of doing so is to draw inferences from the fossil and archaeological records. But acts, thoughts and feelings do not fossilize, and although their products may tell us about subsistence (diet, for example), they are silent as to child rearing. Consequently, Hrdy turns to living nonhuman primates and foraging peoples. More precisely, the primate groups she chooses are the great apes of the Old World and the marmosets and tamarins of the New World; for hunter-gatherer societies, she concentrates on African groups, such as the Hadza of the Tanzanian savanna. None of these closely approximates to our hominin ancestors of the Pleistocene, but they have one huge advantage for empirical study: They are alive and kicking.

Why these choices? Hrdy sets up the apes, and more specifically, chimpanzees, as virtual “straw men,” to provide a homologous contrast with ourselves. They are presented, too often in simplistic terms, as what we are not. That is, rather than emphasize the ways our African ape cousins (our closest living relations phylogenetically) are similar to us, Hrdy says that they are crucially different, lacking childhood and menopause, for example. She chooses the marmosets and tamarins because they are the cooperative breeders par excellence: They are the only higher primates to rear litters rather than singleton offspring; helpers share food both with infants and mother; most of the hard work (carrying of offspring) is done by alloparents. Apart from humans, the tiny monkeys lead the most complex family lives of all primates, and so present an apt analogy, although they are but distantly related to us. Hrdy gives them full credit for full-scale helping, and even the evidence that she omits augments her case. For example, marmosets and tamarins are the only primates with postpartum estrus—that is, within days of giving birth, the breeding female is pregnant again, so that she gestates one litter while nursing another. Only by having alloparental help is this adaptive package energetically possible.

Drawing on the ethnography of living foraging peoples is problematic, for well-known reasons. They are not “living ancestors.” These days, they rarely follow their traditions. Many live in economic symbiosis with horticulturalist or pastoralist partners. Their numbers continue to shrink as they are overcome by global culture. But they are all that we have to provide telling glimpses into the lifeways that characterized our ancestors and made us what we are today. Hrdy is excellent at synthesizing heterogeneous data sets drawn from a variety of habitats, ranging from equatorial forest to woodland to desert. The case for the crucial importance of maternal grandmothers in helping their daughters with child care is clear. Some of the evidence that Hrdy cites from the ethnographic record is critical to her argument. For example, reanalysis shows that living foragers are not (as was traditionally thought) patrilocal. They are actually far more often bilocal—that is, families may live with the relatives of either the mother or the father. (This characteristic makes them notably different from any of the living apes—although in some wild populations, chimpanzees seem to be experimenting with matrilocality.) Obviously, living with the relatives of the mother would greatly improve access to the maternal grandmother, assuming she were still alive.

Hrdy writes clearly and cleverly. (She is a wordsmith, with a fondness for punning phrases—“power of babble” and “natal attraction,” for example.) The text is supported by 40 pages of voluminous endnotes, enough to satisfy even the most persnickety. She provides 60 black-and-white photographs, many of them from the rich ethnographic archives of Irenäus Eibl-Eibesfeldt. The bibliography is a gold mine of more than a thousand references. Only the index is disappointing: It refers to the text but not to the notes, and it does not list the scientific names of species.

So, has Hrdy made the case for her hypothesis that the emergence of cooperative breeding in the hominin lineage was the necessary precondition for all the key elements that make us human? She has convinced me that our hominin ancestors achieved an “unprecedented convergence” by adding cooperative breeding to such apish cognitive capacities as Machiavellian intelligence and “theory of mind.” However, this bold theory requires new and ingenious means to test it in the archaeological, paleontological and molecular record. That is, the next step calls for more helpers at the dig and in the lab!

William C. McGrew is a professor of primatology in the Leverhulme Centre for Human Evolutionary Studies, Department of Biological Anthropology, University of Cambridge. He has been chasing wild chimpanzees since 1972. His most recent book is The Cultured Chimpanzee: Reflections on Cultural Primatology (Cambridge University Press, 2004). 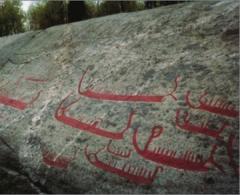 Europa Emerging from the Sea