The Rise and Fall of the Space Shuttle

By Roger A. Pielke

Since NASA's creation in the 1950s, its history has followed a course that calls to mind the Greek tragedies—tremendous early success, followed by a series of catastrophes and failures, which share the same root cause. Nearly 40 years have passed since NASA had its most notable successes, which culminated in Neil Armstrong's walk on the lunar surface. Since then, the agency has struggled to come up with meaningful goals that could take advantage of the sustained political support the agency has enjoyed over the decades. NASA has a rich tradition and employs the world's best scientists and engineers. Yet in recent decades its most notable moments have come in the form of disasters and their aftermath. And the institutional and cultural problems that led to the explosion of the space shuttle Challenger in 1986 went largely uncorrected for 17 years and contributed to the Columbia accident in 2003. The agency's identity crisis continues and will stretch into the next presidential administration and perhaps beyond. How the story of its space shuttle program will end remains highly uncertain. 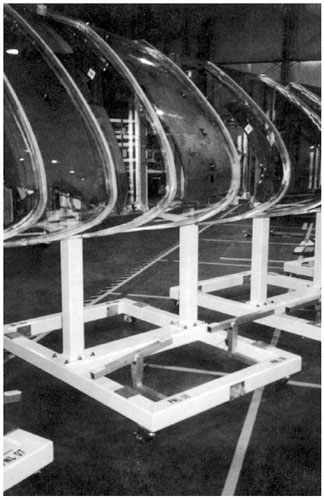 Pat Duggins's timely and thoroughly enjoyable book Final Countdown: NASA and the End of the Space Shuttle Program is a hard-hitting account of the post-Apollo human spaceflight program, focusing primarily on the space shuttle. Duggins is a senior news analyst at public radio station WMFE in Orlando, Florida, and has followed the space program closely for many years. That he is a very knowledgeable observer is evident in this short but well-written book. Although he doesn't hesitate to criticize NASA, his perspective is ultimately optimistic.

The book is organized more or less chronologically. The bulk of the text is devoted to the space shuttle program, which began in the early 1970s, well before the first shuttle flight in 1981. Tellingly, 5 of the book's 13 chapters are about the Challenger and Columbia accidents and their repercussions. The facts will be familiar to most observers of U.S. space policy, but Duggins, drawing on his own original reporting, brings his account to life with colorful anecdotes, stories and photographs. Thus the book is far more than a review of secondary sources; it is a primary contribution to the history of the space program.

I estimate that U.S. taxpayers have spent about $170 billion (in 2008 dollars) on the shuttle program since its inception, at an average cost per flight approaching $1.5 billion. One central question that repeatedly came to mind as I read Duggins's history is "What purpose has the shuttle served?" Duggins never directly addresses that question, probably because it has no easy answer, but several possible answers can be deduced from his account.

In the early years the shuttle was an unwelcome compromise, something that NASA settled for when its ambitious desire to build on the Apollo manned moon program with a mission to Mars was rejected in the political process. The shuttle was supposed to become a reliable and low-cost means of getting to space and delivering satellites for the military and private companies. This goal was never met, however; the shuttle's eventual flight rate (the number of flights per year) approached only 5 percent of what was initially expected, and costs soared far above original projections.

Once the program was mature, the shuttle's existence became its own justification, and a space station was added to serve as its destination. Politics came into play as well. Duggins asserts that the Clinton Administration favored using the human spaceflight program as a means of conducting foreign policy, noting that critics called it "foreign aid with spacesuits." But there has been a long-term trend across administrations of using the space program for a variety of political purposes. The Challenger and Columbia accidents provided their own motivations for continuing the program—the rallying call "return to flight" became a mission unto itself. Duggins discusses the common institutional and cultural factors that were found to be behind both shuttle accidents and hints that NASA is still dealing with them. He quotes the husband of one of the astronauts who perished on Columbia (who happened to be a NASA flight surgeon himself):

"I've learned hard lessons in aviation. That you have to stop and say, ‘Wait a minute.' Things like Mission Completion Syndrome or get-there-itis can make you do things you wouldn't ordinarily have done before."

The book also brings home the fact that the experience of being an astronaut is less than glamorous and can sometimes even be harrowing. U.S. astronaut Jerry Linenger, recalling his time on Mir, the Russian space station, says, "Part of the time we were working to keep the station alive, and part of the time to keep ourselves alive."

The considerable risks of spaceflight were reinforced in April 2008 by the uncontrolled reentry of a Soyuz capsule that was carrying an American, a Russian and a South Korean back to Earth from the International Space Station. The capsule's reentry problems and its hard landing some 260 miles off target (which the astronauts survived) received little attention in the press and remain poorly understood.

Final Countdown is neither an academic history nor a political analysis; it draws on almost none of the scholarly literature on the U.S. space program. Nonetheless, with only a few minor exceptions, Duggins's account is largely consistent with the analyses of historians and policy researchers. However, the book's focus is clearly on the space shuttle program and its participants, and not on the broader sociopolitical context of the program. Academic quibbles aside, Final Countdown offers a first-rate journalistic history of the space shuttle program.

Looking to the future, Duggins is optimistic, perhaps more so than circumstances warrant. "Retiring the space shuttle program may give NASA a chance to forget its troubled past and pursue the genuine mission it has lacked for years," he says early in the book. In the epilogue, though, he warns that NASA has a number of hurdles to overcome before it can move on—most notably the possibility of the loss of another orbiter or of a serious accident on the International Space Station. The story of the space shuttle is far from over. The program has impressive support from members of the public, civil servants and private contractors. One can only hope that no more catastrophes are in store and that the shuttle program, and indeed NASA itself, avoids coming to a tragic end.