From 150 million kilometers away, the Sun seems like a model of consistency. Day after day the colossal nuclear reactor bathes Earth in steady streams of electromagnetic energy. That radiation keeps the planet’s climate in balance and anchors our food webs. But take a closer look and it becomes clear that our star has a hidden side that is more complicated, impulsive, and sometimes downright dangerous. 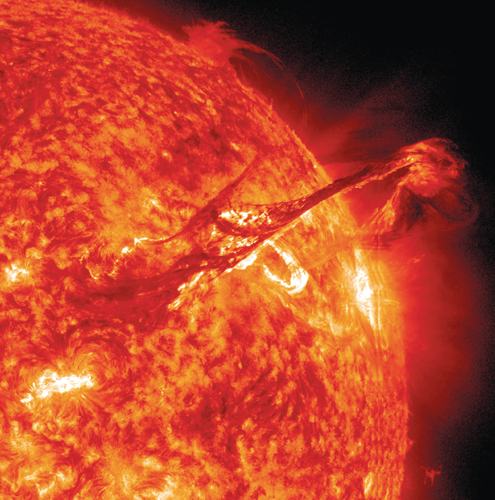 Like all stars, the Sun is highly dynamic. Sometimes it produces powerful magnetic eruptions, including solar flares and coronal mass ejections. These occur on a wide range of scales. In 1859, the most powerful recorded solar storm to hit Earth sent electrical surges sparking down telegraph networks and lit up brilliant aurora displays as far south as Cuba. Today, a geomagnetic disturbance on that scale could cause extensive damage to satellites, GPS systems, power grids, and radio communications. Although estimates are uncertain, the cost could exceed $1 trillion according to a National Research Council report. 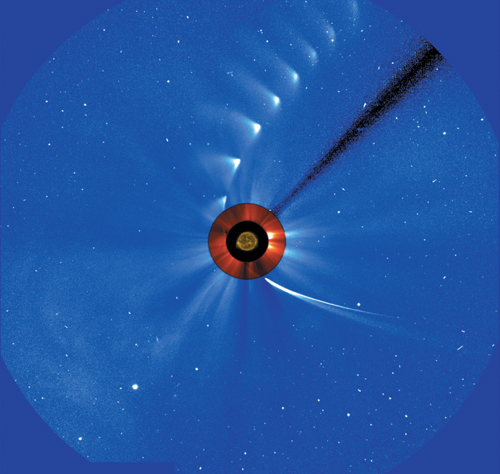 A network of observing stations, in space and on the ground, now watches the Sun across a wide range of electromagnetic wavelengths to monitor its effect on space weather and to provide advance warning when major storms are headed our way. NASA’s Solar Dynamics Observatory (SDO) is the newest member of this network. It circles 36,000 kilometers above the ground, in a geosynchronous orbit that keeps it roughly above northern Mexico. From that vantage point, SDO’s instruments are producing some of the most stunning images ever made of the Sun and capturing events in real time. 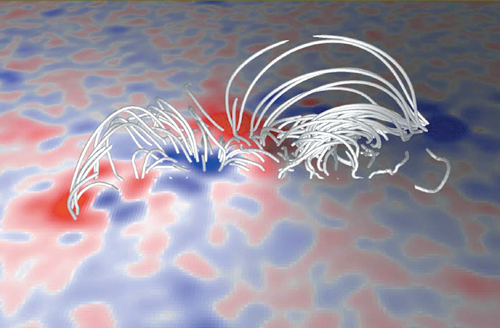 “In the past images were taken every 3 or 15 minutes or half an hour. Now we’re taking one every 12 seconds. If you see something happen, you can now go back in the database and see what happened beforehand. That allows you to study the little things that likely influence the big things,” says Dean Pesnell, project scientist for SDO, which launched in 2010. The observatory also records the Sun in 13 different wavelengths. Each wavelength reveals different details in the Sun’s surface, the photosphere, the overlying chromosphere, and into the corona, the Sun’s atmosphere.

Magnetism is key to understanding solar activity, because the Sun is composed not of atoms but of plasma, a brew of positively charged ions and negatively charged electrons. The motion of that electrically conductive plasma—stirred by convection, rotation, and the force of escaping solar winds—creates twisted and variable magnetic fields. When these fields interact, they can unleash the energy that powers flares and mass ejections. “The Sun’s magnetic field makes all this happen. We want to know where it comes from. We want to know how it gets to the surface. We want to know how it gets destroyed,” says Pesnell. The Sun goes through an 11-year cycle of activity, currently near its peak, but eruptions can happen any time. (See “Reconnecting Magnetic Fields,” September–October 2009.) 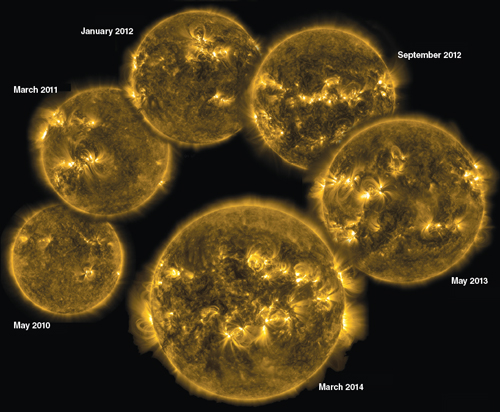 One instrument aboard SDO measures the strength and direction of the Sun’s magnetic fields by observing and interpreting how light travels through those fields. Another way to study fields is to study “Sun-grazing” comets that interact with magnetic fields while passing through the Sun’s corona. “Magnetic fields in the higher part of the solar atmosphere are very difficult to measure,” says C. Alex Young, associate director for science for NASA’s heliophysics science division. “By observing this with SDO, we have a new, indirect way to determine the magnetic fields, one of the keys to understanding the causes of space weather.” SDO is also monitoring coronal holes, temporary openings in the corona where the solar wind escapes at very high speeds, around 750 kilometers per second. A British team has just reported that fast solar winds seem to increase the number of lightning storms here on Earth. (See “The Origin of the Solar Wind," November–December 2002.) 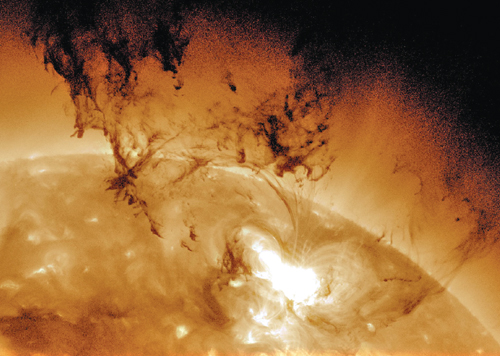 Although the current solar cycle is quieter than the few that came before, the Sun is hardly calm. In January, a huge solar flare delayed the launch of a private rocket transporting cargo to the International Space Station. Orbital Sciences, the maker of the spacecraft, did not want to risk radiation from the flare damaging the rocket’s gyroscopes or avionics. Data from SDO helped the company make that call.

Even better views of how the Sun releases energy are on the way. The Magnetospheric Multiscale mission, to be launched by NASA in 2015, will study how the Earth’s magnetic field lines break apart and reconnect, improving our understanding of space weather and solar magnetism in general. A far more daring mission is Solar Probe Plus, which NASA intends to launch by 2018. It will swing within 7 million kilometers of the Sun’s surface, far closer than any other spacecraft has managed. 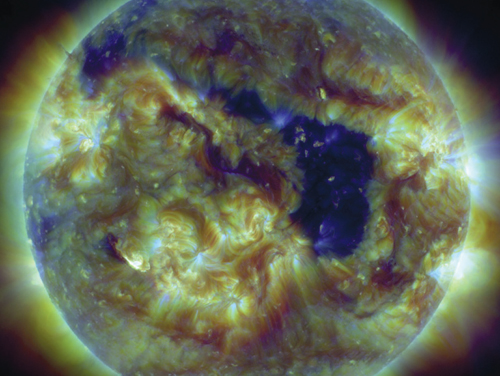 Solar Probe Plus will sample the Sun’s atmosphere to better understand how solar particles are energized. It will be our world’s first space mission to a star.