The Evolution of the Nursing Home

The nature of long-term nursing care in the United States has as much to do with policy and the culture of medicine as it does medicine itself.

If you’ve helped an ailing friend or relative navigate the decentralized, multitiered system of medical facilities that treat most acute- and chronic-care patients in the United States—or if you’ve journeyed through the system yourself—you know that words like complex and daunting don’t begin to describe it. In her book Old and Sick in America: The Journey Through the Health Care System (University of North Carolina Press, 2017), physician and professor of population medicine Muriel R. Gillick traces various paths that older patients may find themselves following as they seek medical care and support. Along the way, Gillick explores how policy, economics, and corporate interests influence the patient’s experience. In this passage, she discusses why nursing homes became hospital-like environments that are generally anything but homey. Today, Gillick notes, despite the nursing home culture change movement—a grassroots effort that began around the turn of the 21st century and advocates for care that is less-institutional, more patient-centered—most nursing facilities remain steadfastly medicalized.

Five years after completing fellowship training in geriatrics, I took care of nursing home patients for the first time. Not very many patients, but a few at each of several different Boston-area nursing homes. The idea was that, together with my partner (also a fellowship-trained geriatrician), I would provide a modicum of continuity for patients cared for at the hospital where we were on the medical staff. Primary care physicians at our institution, like physicians everywhere, did not continue to care for their patients once they entered a nursing home. Along with giving up their home and their independence, most older people who moved into a nursing home also had to give up their doctor. With our approach, my partner and I would pick up where our colleagues left off. We would take over the records. We would (sometimes) get a handoff from the patients’ long-standing physicians. And the patients would at least retain a relationship with the hospital where they had previously received care.

The contours of my role were defined by government regulations and by allowable Medicare reimbursement. I was expected to visit a new admission to the nursing home within three days of her arrival—even if she was transferred from a hospital and had been seen by a physician as recently as the day of transfer. Then I was to make a return visit every 30 days for three months, after which I was to reduce the frequency of my visits to one every 90 days. If, in the interim, my patient was hospitalized, the clock was reset and the process started all over again. And if, between scheduled visits, my patient got sick, I wasn’t expected to examine her. In fact, I was strongly discouraged from doing anything other than either telephoning in an order, say for an antibiotic, or requesting that she go to our hospital’s emergency room. It wasn’t cost-effective for me to travel to the nursing home to see one patient, and I couldn’t do very much in the way of diagnosis without access to a good deal more technology than was available in the nursing home, so I might as well just ship the patient out. Or so I was told by hospital management.

Once a drug is working and well-tolerated, relentless monitoring isn’t necessary and isn’t entirely benign. It medicalizes a person’s life.

I learned a good deal about nursing homes in my first few months as a nursing home physician. I discovered that the facilities that looked the nicest, the ones with the grand piano and the coffee shop in the lobby, tended to provide mediocre care: Nobody ever played the piano, the only people who went to the coffee shop were visitors, and what really mattered to the residents was the caliber of the nursing staff, both the nurses and the nursing assistants. I found that the printed forms I was expected to use to document my examinations asked all the wrong questions: They were concerned with heart murmurs and bowel sounds, when it was skin breakdown and mental status that were typically of paramount interest. Few of the standard forms provided space for functional assessment—determination of how well the patient could walk or use the bathroom or feed himself—and none of them had a section for advance care planning, for discussion of the goals of care, and for documenting any potential treatment limitations. But what impressed me most was that even though the nursing home was profoundly limited in the type and amount of medical care it actually offered, it was nonetheless very much a medical institution. The residents were patients. Nurses were constantly checking vital signs; often, they weren’t allowed to give a patient his daily blood pressure pills without first verifying that the blood pressure was above a particular cutoff. That’s the rational approach in an acute situation, when a patient has just started a new medication. But once it’s clear that the drug is working and is well-tolerated, there’s no more justification for such intensive blood pressure monitoring than there would be in the home setting. Relentless monitoring isn’t necessary and isn’t entirely benign either—it makes leaving the “unit” for more than a brief period difficult and can make day trips impossible. It medicalizes the person’s life.

Something was profoundly wrong with nursing homes: They weren’t homey. As Robert Butler, the founding father of modern geriatrics, wrote, “A long-term care institution should be homelike—not sterile, antiseptic, or reminiscent of a motel. It should be a lively place with many ties to the larger community.” What I wanted to know was why, why were nursing homes medical institutions, even though they didn’t provide a whole lot in the way of medical treatment? Why were they run by nurses? 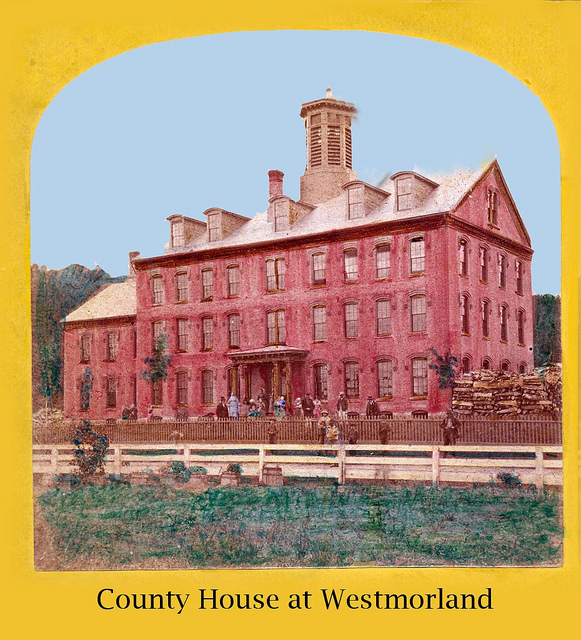 The answer, it turned out, is that they hadn’t always been like that. Their direct antecedents were “rest homes,” small, culturally homogenous residences established in the late 19th and early 20th century by ethnic or religious groups that sought to provide for the “worthy poor.” They catered to widows left with no means of support, despite always having led a respectable life, to those who, in the pre–Social Security and retirement pension era, were on their own with no family and no skills allowing them to get by. The Winchester Home for Aged Women in Charlestown, Massachusetts, for example, admitted 31 women between 1911 and 1914. Of those whose backgrounds were documented in the facility’s records, seven were housewives, eleven had been housekeepers, and eight were dressmakers or nurses.

In addition to the homes set up by private philanthropists for the poor in their own communities, acute care hospitals also established nursing facilities, usually a special floor of the hospital for chronic cases. Nonprofit hospitals were finding themselves increasingly saddled with “old chronics,” patients who were admitted for an acute problem but then were too debilitated to return home. As a result, at institutions such as the Massachusetts General Hospital, the average length of stay in the mid-19th century was 81 days. They wanted to free up beds for patients whose illnesses were amenable to the “brave new weapons of medical science.” The availability of more suitable accommodations for the chronically ill allowed MGH to lower its length of stay to 20 days by 1900.

In the 1930s, whatever almshouses were still around in the United States emptied their beds, sending their chronic cases to rest homes. They transferred their residents and shuttered their doors in large measure because the Old Age Assistance program established under the Social Security Act of 1935 prohibited old age assistance to residents of public institutions. A quick sleight of hand moved residents of the almshouses, which were public, to rest homes, which were not, allowing them to receive government subsidies. The net effect was a growth in the size and number of rest homes, in the process making them more institutional and less homey.

The full transformation to a medical model, however, would come in the 1950s when, for the first time, government regulations were drawn up to end the most egregious of the many abuses commonplace in rest homes of that era, including fire hazards, inadequate diets, and other safety risks. Further impetus arrived in the form of the Hill-Burton amendments of 1954, which granted public money to build nursing homes (in addition to hospitals, the original authorization). With public money came federal regulations. The federal government designated the Public Health Service as the agency responsible for coming up with rules determining staffing and safety. Public health officials, not surprisingly, recreated the environment with which they were well-acquainted, the general hospital, minus the machines and the medicine. By the time Medicare rolled around in 1965, nursing homes had been thoroughly medicalized.

I thought this was a major mistake; older people moved to such facilities in order to live despite their disabilities, not to get better and move on. To focus exclusively on what was wrong with them, rather than to support and encourage whatever was right with them, struck me as profoundly misguided. But while the culture change movement would take this critique to heart and advocate a radical reconceptualization of nursing homes, modestly improving the experience of long-term residents, other forces (such as the Medicare program, which indirectly spurred the emergence of the skilled nursing facility as a site for short-term, post-acute care) would conspire to make nursing homes more medical than ever.

From Old and Sick in America: The Journey Through the Health Care System, by Muriel R. Gillick, copyright © 2017 by the University of North Carolina Press. Used by permission of the publisher. www.uncpress.org