The Edge of the Solar System

The intriguing, snowman-shaped object known as 2014 MU69, nicknamed Ultima Thule, lies one billion miles beyond the orbit of Pluto. Formed around 4.5 billion years ago, it is one of the most ancient objects in the Solar System and the most distant body ever explored by humankind. It resides in the Kuiper Belt, a region of space beyond Neptune filled with frozen remnants from the time of planetary formation. NASA's New Horizons spacecraft reached Pluto in 2015 and continued on to investigate other Kuiper Belt objects. It completed its reconnaissance of Ultima Thule in January 2019. 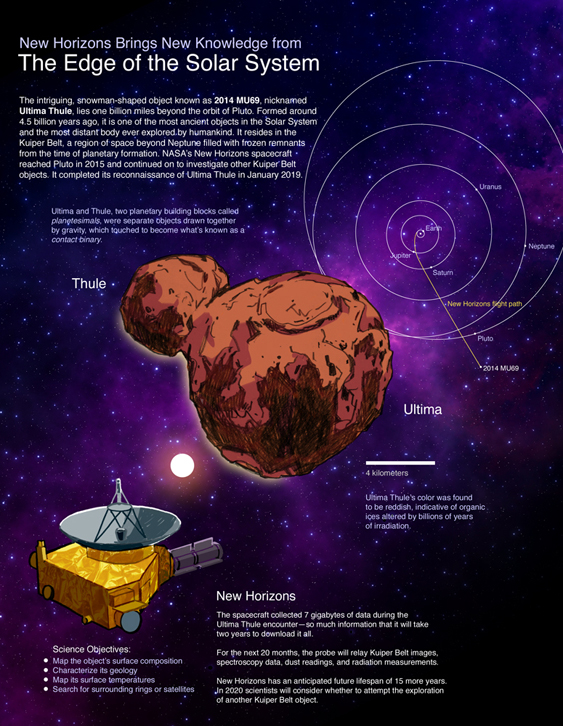 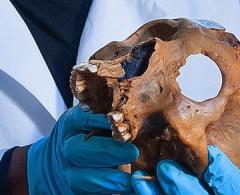