The Conditions for Existence

Followers of the debate between evolutionists and various waves of creationists, most recently the advocates of “intelligent design,” will have been struck by one curious convergence between the views of the opposing parties. Both sides agree that life, whether or not literally designed by an intelligent agent, seems just as if it had been designed. Richard Dawkins intentionally picks up William Paley’s famous example of the watch that could only have come about through deliberate design, adding to it the suggestion that the designer—for Dawkins, natural selection—is a blind watchmaker. Daniel Dennett, another prominent scourge of the creationists, is equally sure that design is a fundamental and inescapable concept for analyzing life. It has always seemed to me that this notion is a mistaken one, but it is far from easy to explain exactly why. John Reiss’s Not by Design: Retiring Darwin’s Watchmaker provides the best-worked-out explanation I’ve encountered. 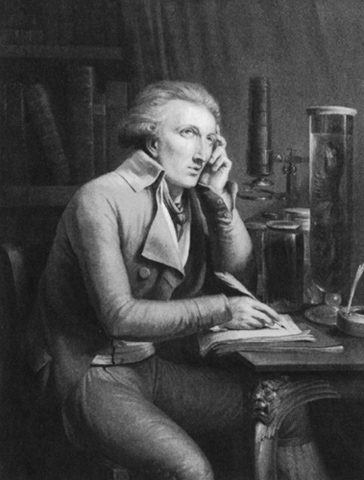 The book opens with an extended journey through the history of biology. The specific focus of this journey is the dialectic between those who see the world and the living things within it as saturated with design and purpose, and the truly committed naturalists and materialists who have no truck with any of this. The former group includes the majority of the leading luminaries in standard accounts of biology, starting with Plato and Aristotle and concluding with no less a personage than Darwin. On the other side of the debate are the Epicureans in antiquity and the 18th-century French philosophes, among others. Reiss quotes what is probably the most widely cited version of the Epicurean view, that given by Philo in David Hume’s Dialogues Concerning Natural Religion, part 8:

Is there a system, an order, an oeconomy of things, by which matter can preserve that perpetual agitation, which seems essential to it, and yet maintain a constancy in the forms, which it produces? There certainly is such an oeconomy: For this is actually the case with the present world. The continual motion of matter, therefore, in less than infinite transpositions, must produce this oeconomy or order; and by its very nature, that order, when once established, supports itself, for many ages, if not to eternity. But wherever matter is so poised, arranged, and adjusted as to continue in perpetual motion, and yet preserve a constancy in the forms, its situation, must, of necessity, have all the same appearance of art and contrivance which we observe at present.

Reiss’s goal is to reassert such a thoroughgoing materialism and remove teleology from our vision of nature.

The somewhat surprising hero of this historical narrative is the early 19th-century naturalist Georges Cuvier. Cuvier’s particular importance is in his development of the idea of the “conditions of existence”—or, as Reiss prefers to translate this, the conditions for existence. These must not be confused with the concept familiar to modern readers of Darwin as the conditions of life, the external circumstances to which an organism must be adapted if it is to survive. The conditions for existence are, rather, those features of a living thing without which it could not survive. In Philo’s words, they are the ways that matter is “poised, arranged, and adjusted . . . to . . . preserve a constancy in the forms.” The central idea of Not by Design is that the demonstration that some feature is part of the conditions for existence of an organism, together with the observation that the organism does indeed exist, is in general as much explanation of the presence of this feature as we can expect.

The book begins, appropriately, with an examination of the scope and limits of teleology—the explanation of the existence of a thing (or of a property or behavior of a thing) in terms of a future state toward which it conduces. The upshot of this is that teleology is acceptable under only three conditions: first, when there are deterministic laws that bring about the end in question, as when the temperature of a house changes after the thermostat is adjusted; second, when the connection to the future state is mediated by the intention of an agent; or third, in instances of what Reiss calls conditional/functional explanation, the variety of explanation illustrated by the conditions for existence: Given that there is a system that does X (survives, for example) and has such and such a feature that enables it to do X, then the system must have this feature (or some functionally equivalent feature) if it is to exist at all. In this last case, of course, the end (survival) is an observation that explains the current state of things; there is no question of a future state figuring into the explanation.

Where is the objectionable teleology to be found in the history and current practice of biology? Reiss’s most illuminating formulation of an answer to this question is found in his objection to the gap that so many biologists, most notably Darwin, have assumed between existence and adaptedness. For Reiss, an organism cannot exist—by definition—unless it fully satisfies its conditions for existence. The only sense in which a kind of organism may be said to increase in adaptedness is that its population may be growing. It may, for example, increase the size of its fundamental niche (the set of conditions in which it could in principle exist)—by displacing a competitor, say. One must not, however, suppose that the niche exists externally to the organism, as something that somehow creates a target to which an organism is attracted as an end. This is the kind of teleology that Reiss is consistently attacking. One source of it is the misleading analogy Darwin draws between natural selection and artificial selection. In the latter, there is indeed a goal, the intention of the breeder. (Reiss identifies the shifting-balance theory of Sewall Wright as another perspective on evolution led astray by the same analogy.)

Where does this leave natural selection? Reiss distinguishes several modes of selection. Broad-sense selection is that which maintains the satisfaction of the conditions for existence by individuals; tautologically, individuals that fail to satisfy those conditions do not survive. Medium-sense selection is the average differential survival and reproduction of genotypic or phenotypic classes of organisms within a population and can be measured by the rate of increase of the class. And narrow-sense selection is differential survival and reproduction among classes to the extent that this is caused by the distinguishing characteristics of these classes. According to Reiss, it is narrow-sense selection that was the (necessary) contribution made by Darwin and Alfred Russel Wallace to our understanding of evolution. Narrow-sense selection is essential to explaining some changes in populations that track changes in the environment, but of course it does not imply a constant move toward some externally given optimum or state of better design.

An especially interesting consequence of the rejection of the distinction between existence and adaptedness is that it puts the topic of genetic drift in quite a different light. To summarize very crudely Reiss’s detailed discussion, the way drift can be distinguished from the effects of selection is that the latter involves a move to a more adapted state. But this, of course, assumes that there is a distinction between existence and adaptedness, whereas Reiss regards that distinction as illegitimate. Conceptually, selection and drift are quite different processes, but in practice they can be extremely difficult to separate. Once we see that the trajectory of a population through time is one in which adaptedness is always maintained—the conditions for existence are continuously met—it is very difficult to distinguish among the causes of this maintenance.

This is a difficult, sometimes dense and sometimes frustrating book—and my attempt to summarize its main theses probably shares those characteristics. Anyone interested in evolutionary biology is likely to disagree with some of the claims that Reiss makes. It is, however, an important book that should be widely read and discussed. As we gradually recover from the orgy of Darwin adulation that has marked the year of his anniversaries, nothing is more needed than a reminder that evolution remains a topic about which we are far from knowing all the answers. The Darwinolatry of some popularizers has suggested that the discovery of natural selection—perhaps with a subsequent assist from Gregor Mendel—left little more to be done than a tedious filling in of details. The enduring debates with creationists have also undoubtedly tended to discourage admission that major conceptual issues about evolution remain unresolved. On the contrary, however, the decisive point that needs to be made again and again in these debates is that the openness to advance, the progressiveness, of scientific thought is precisely what distinguishes it most significantly from creationist dogma. Reiss’s book contributes much to this goal.

It is a great pity that a book such as this cannot be written at the same level of accessibility as the popular neo-Darwinist works that it explicitly or implicitly opposes. It may be that an anthropomorphic understanding of nature by analogy to design is difficult for the human mind to avoid. But this book is a good illustration that the effort is worth making.

John Dupré is professor of philosophy of science and director of the ESRC Centre for Genomics in Society (Egenis) at the University of Exeter. He is the author of, among other books, Darwin’s Legacy: What Evolution Means Today (Oxford University Press, 2003) and The Constituents of Life (Van Gorcum, 2008). He is also coauthor, with Barry Barnes, of Genomes and What to Make of Them (University of Chicago Press, 2007).