Like so many bridges in the United States, this one has exceeded its planned life span

The New York City metropolitan area is full of traffic bottlenecks, and among the worst is the Tappan Zee Bridge, which carries the state’s Thruway—Interstate 87—across the Hudson River about 25 miles north of New York Bay, into which the Hudson flows. Between the bridge and the bay there is only one other overwater crossing of the river proper, and that is the George Washington Bridge, which connects New Jersey and New York via Interstate 95. The Verrazano-Narrows Bridge, which takes Interstate 278 across the entrance to the upper bay known as the Narrows, joins the New York City boroughs of Staten Island and Brooklyn, which is at the westernmost part of Long Island. Each of these last two crossings was the longest-spanning suspension bridge in the world when completed, the George Washington in 1931 and the Verrazano-Narrows in 1964. They remain today, respectively, the 19th and 8th longest in the world. There are also two vehicular tunnels connecting New Jersey to Manhattan: the Holland Tunnel, which carries Interstate 78 into the city in the vicinity of Canal Street, and the Lincoln Tunnel, which comes in at 39th Street. These few fixed crossings of the Hudson south of the Tappan Zee are critical to the road network that connects New York to points west. 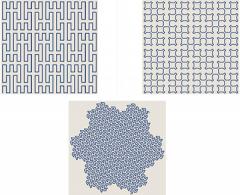