Setbacks and Prospects for Autonomous Vehicles

Self-driving cars seemed ready to keep going ahead, but some recent incidents have slowed their development.

In 2015, the future of self-driving, or autonomous, vehicles looked bright and virtually within reach. I described their status in The Road Ahead (July–August 2016), an excerpt from my 2016 book The Road Taken: The History and Future of America’s Infrastructure, as of the time the book had gone to press in the fall of 2015. Earlier that year a computer-controlled Audi Q5 successfully made a 3,400-mile trip from San Francisco to New York City without human intervention for 99 percent of the time. And Tesla’s all-electric self-steering and self-braking Model S sedan was coming onto the market. The road ahead for the autonomous vehicle looked smooth, indeed. 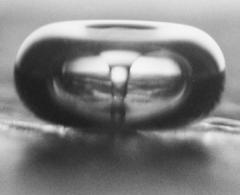