An interview with astrophysicist Kevin Luhman about his life and research as a brown dwarf hunter.

Brown dwarfs are the opposite of what one normally associates with a star: They’re cool, they have clouds and weather, and they emit little or no light. In fact, they look a lot like pumped-up Jupiters—but they are distinctly not planets, either. Brown dwarfs are generally more massive; they form through a different process; and they tend to float freely rather than orbiting another star. These dark, untethered objects are hard to locate, but Kevin Luhman, an astrophysicist at Pennsylvania State University, has knack for tracking down their telltale signs. Recently he found one that turns out to be one of the Sun’s nearest neighbors, just 7.2 light-years away. Luhman talked to managing editor Fenella Saunders about the life of a brown dwarf hunter. 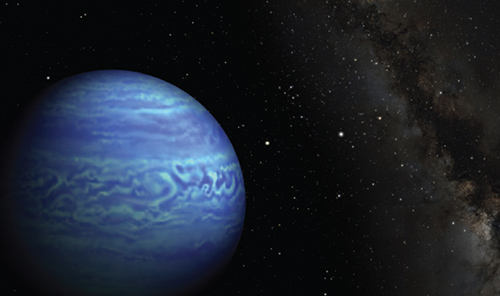 Why are you so interested in finding and studying brown dwarfs?

One reason is that they are something of a missing link between stars and planets. They are basically stars that are too small in mass to fuse hydrogen. Stars that are more massive are hotter inside, and there’s a minimum temperature of a few million degrees that the center has to reach to ignite the fusion of hydrogen into helium. A starlike body that is below about 80 times the mass of Jupiter will be too cold to fuse hydrogen, so as a result it will be relatively dark and cool and faint—a brown dwarf.

They’re similar to very small stars, but they’re also similar in mass to giant planets around stars. So they’re kind of in this gray area between stars and planets. I’m interested in studying how they’re born: Are they born more like stars or more like planets, or do they share characteristics of both? Just like they overlap with planets in terms of mass, they also overlap in terms of temperature. One brown dwarf we recently found using NASA’s Wide-field Infrared Survey Explorer (WISE), and designated WISE J085510.83-071442.5 [nicknamed WISE 0855], has a surface temperature that is about the same as the North Pole here on Earth. They can be as cold as giant planets or even terrestrial planets. That means brown dwarfs can be used as laboratories for studying very cool, planetlike atmospheres.

What are the boundary lines between brown dwarfs, planets, and stars?

There is a pretty clear boundary between stars and brown dwarfs: that fusion-ignition mass of about 80 times the mass of Jupiter. The boundary between brown dwarfs and planets is more controversial. There are some people who would say that if an object is below about 13 times the mass of Jupiter, they would call it a planet regardless of how it was formed, even if it was formed like a star. The reason they like that boundary is that 13 Jupiter masses is the minimum mass needed to fuse deuterium, an isotope of hydrogen [which fuses more easily than regular hydrogen]. So that’s one way to define a distinction between planets and brown dwarfs based on their mass.

An alternative definition is to base the distinction on how the objects are born. In that definition, no matter how small in mass the body is, if it’s born like a star [collapsing directly from a gas cloud], then you would call it a brown dwarf. I tend to prefer this latter definition. Planets form within disks of gas and dust around stars, and perhaps they form around brown dwarfs also. A brown dwarf forms in a starlike manner, so that means it can form by itself like the Sun did.

How do you go about finding brown dwarfs?

There are two main strategies for searching for brown dwarfs. One is to look for them when they’re young. It turns out that brown dwarfs, when they’re born, don’t know yet that they’re not stars, so they’re born almost as bright as a star. Then over time, whereas a star ignites hydrogen fusion and stabilizes its brightness, the brown dwarf keeps getting colder and colder, and fainter and fainter, forever, like a dying ember. So one way is to search for them when they’re young and still as bright as a star.

That’s one strategy I’ve adopted, where I’ll look in nearby clouds of gas and dust in which stars are being born, and I’ll search for brown dwarfs. Basically I select a nebula, for instance the Orion nebula, and I obtain images in the infrared that are sensitive to faint sources. I’ll look for points of light that exhibit the colors indicative of a relatively cold brown dwarf. Then I get spectra of them, to confirm that they actually are cold objects. It’s been a very effective method.

A second approach is to look for brown dwarfs that are really close to us. An old brown dwarf will be intrinsically very faint, but if it’s right next to us, it still might be detectable. In that case, because the brown dwarf could be pretty much anywhere in the sky, you need to have images that cover a large fraction of the sky. So researchers tend to use all-sky surveys in infrared, and then search the billions of objects in those catalogs across the entire sky for infrared points of light that have the right colors to indicate they might be brown dwarfs.

But instead of using colors, the way I singled out WISE 0855 was based on its motion. I was looking for bodies that moved really rapidly across the sky in the images taken by WISE. The reasoning is that objects that are closer to us will generally appear to be moving across the sky more quickly, so I looked for objects showing exceptionally large motions.

How long does it take to make these discoveries? It sounds like a needle in a haystack process.

It definitely is. In the case of the WISE data, it took quite a lot of time. To perform this search, I had to retrieve the entire WISE database from a server at Caltech over the Internet, and that alone took a couple of months. Processing it all on my computer took about three months. So it was a very time-intensive endeavor.

What are the unusual features of this particular brown dwarf, WISE 0855?

The way I identified it, based on fast motion, was the first thing that stood out. As soon as I found it, I computed that it had the third fastest motion of anything in the sky outside of our Solar System. Right there, that indicated that it should be one of the very closest neighbors of the Sun. It turned out that, based on its parallax that I measured, it’s the fourth closest neighbor of the Sun. That alone makes it a pretty important object, because it’s very rare that we find new neighbors of the Sun that are that close. The second interesting aspect of it is its temperature. It’s about 250 kelvin[–25 degrees Celsius], which is about the temperature of the North Pole. So that makes it the coldest body seen outside of the Solar System.

In theory, brown dwarfs can have clouds—even water clouds—much like planets. Has that been observed directly?

In August there was a paper about water clouds on WISE 0855. I have my own paper in press right now in which we challenge that result. There’s a certain color the other group interpreted as evidence of water clouds. We show that it may not indicate the presence of water, so it’s less conclusive than was believed. But clouds have been detected for other molecules. What determines whether or not there are clouds is mostly the temperature. A brown dwarf is similar to a giant planet in that they’re both gaseous bodies, so if you make a brown dwarf as cold as a gas giant planet, it should form clouds as easily as the planet would, simply because their atmospheres are fairly similar.

Another aspect of your research is what’s called the initial mass function, the range of potential masses of brown dwarfs. What is your goal there?

The current lowest mass at which brown dwarfs have been seen is about five times the mass of Jupiter. We don’t know whether they exist at lower masses, just because the images that have been used so far to find those brown dwarfs are not sensitive enough to see the smaller ones. One telescope that will help a lot with that kind of work is the upcoming James Webb Space Telescope [which is designed to pick up infrared emission from cool objects], because it will be very well suited for detecting brown dwarfs in star-forming regions, even down to the mass of Jupiter. It should tell us the lowest mass at which these things exist. 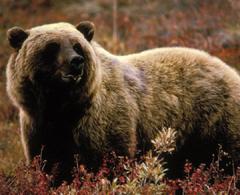