Titan Unveiled is the story of the voyage of the Cassini spacecraft to the domain of the giant ringed planet Saturn, the most distant member of the Sun's family known to ancient astronomers. The book, and indeed the mission itself, has a strong focus on the exploration of Saturn's largest moon, a planet-sized body named Titan. Sir John Herschel suggested the name nearly 200 years after the Dutch astronomer Christiaan Huygens discovered the moon (which he called "Luna Saturni") on March 25, 1655.

Titan was long believed to be the largest moon of any planet in the solar system, until it was learned in the 20th century that it had a much greater distinction: an extensive atmosphere that made it look larger, through a telescope, than it really is. Now we know that Jupiter's airless moon Ganymede is the wider, by just 112 kilometers.

Cassini is huge, nearly 7 meters in length. It had a mass of nearly 6 metric tons at launch. This figure includes a secondary probe called Huygens (built by the European Space Agency), which was dropped onto the surface of Titan by Cassini as the NASA spacecraft arrived and went into orbit around Saturn in January 2005. An international team of scientists provided and now operates a total of about 20 instruments, including cameras, spectrometers and a radar, some mounted on the orbiter and others on the lander.

The lead author of Titan Unveiled, Ralph Lorenz of the Johns Hopkins University Applied Physics Laboratory in Maryland, played a prominent role as a member of that team. His co­-author, Jacqueline Mitton, is a professional science writer. The book's prose is polished, making it an easy read. The result is an engrossing firsthand account of one of humankind's greatest adventures of recent years. It is a sequel to, and in part resembles, Lifting Titan's Veil, by the same authors (Cambridge University Press, 2002). The big difference, of course, is that the older book described the Cassini-Huygens mission but did not have any of the spectacular results to pre­sent and discuss.

Titan is the only satellite in the solar system with a thick atmosphere, a consequence of forming at a great enough distance from the Sun and from Saturn that volatiles such as ammonia and methane could condense, along with copious amounts of water. The water froze as hard as rock and is now the main component of Titan's surface and crust; meanwhile, the ammonia dissociated and formed the nitrogen gas that makes up most of the atmosphere, along with about 5 percent methane. That much methane remains in the atmosphere despite the fact that some methane also dissociates, forming ethane and other hydrocarbons and nitriles, which appear to be the source of the orange haze that cloaks the entire globe of Titan. It was too warm for this sort of thing on Ganymede, or any of the other big moons of Jupiter, whereas Neptune's large satellite, Triton, is so cold that its methane and nitrogen are frozen on the surface, leaving little in the way of an atmosphere.

Titan's current atmosphere has intriguing parallels with that of the Earth. It has the same primary constituent, nitrogen, and also has nearly the same surface pressure (indeed, it's a little higher: 1.5 bars). On the other hand, with its slow rotation and ubiquitous cloud cover, Titan also resembles Venus. Add to these similarities the terrestrial planetary landscapes discovered by Huygens and Cassini, and the presence of organic material in the clouds and on the surface, and we have a very intriguing planetary object. (It is hard to know what to call Titan: It is larger than the planet Mercury and more planetlike than any other satellite, but of course it does not have the Sun as its primary and so has less claim than wretched Pluto to the title of planet. Nevertheless, Cassini scientists quite often refer to Titan as a planet, even in formal presentations at international conferences.)

Lorenz and Mitton adopt a fairly simple chronological approach to their account of Cassini's purpose, preparation, journey and achievements, preceded by short accounts of pre-Cassini studies of Titan and followed by some speculation about what will happen when Cassini's investigations are over. (The end is still many years away—NASA just approved a long extension to mission operations, and the spacecraft and its instruments continue to work well. Huygens, however, remains dead and frozen on Titan's surface.)

The account is also fairly personal, punctuated by excerpts from "Ralph's Log," a diary kept by Lorenz of his experiences as the project unfolded. He was responsible for building, and for interpreting the data from, the ­proboscis-type probe mounted on the base of the Huygens lander. On television Lorenz famously described the surface texture of Titan as "crème brûlée," after the probe detected a hard crust over softer material. Less well known is a remark he made earlier the same day, after he missed the "jubilant moment" when the long-awaited data arrived on his colleagues' computer display (he had lost track of the time while doing a media piece). He was there minutes later and candidly records his less-than-classic first words: "Who's got the stick? Gimme the f---ing data."

Lorenz is also a member of the Cassini radar team. Their powerful instrument scans the surface through the cloud and haze, providing information on the composition and texture of the terrain. Those data, combined with near-infrared mapping and the pictures from the Huygens probe obtained during its plunge through the atmosphere on January 14, 2005, reveal a fascinating world. Its characteristics include low hills laced with river valleys, clouds and methane rain; lakes and (apparently dry) ocean basins; volcanoes and deserts. Climate change and prebiotic activity also feature in ways that are slowly being understood as the data continue to arrive and the scientific analysis proceeds. At the same time, the Cassini and Huygens teams have started the long, slow haul to design and sell to the agencies a follow-on mission to land again on Titan and explore the environment with instruments mounted on buoyant, airborne platforms.

It will take decades to prepare a new mission and then an additional seven years for another spacecraft to reach Titan. In the meantime, Titan Unveiled provides the general reader with a lively narrative that combines a reliable, nontechnical account of the ­Cassini-­Huygens mission with personal and often intimate insights into these efforts to explore a fascinating planetary analogue to the Earth. 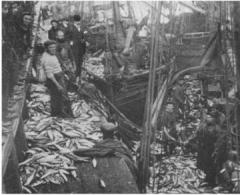