A brief review of Picturing the Cosmos: Hubble Space Telescope Images and the Astronomical Sublime, by Elizabeth A. Kessler

The detailed, colorful images developed from data taken by the Hubble Space Telescope have become iconic. But, as Elizabeth Kessler points out in Picturing the Cosmos, these breathtaking vistas are the product of conscious decisions about what color palette and contrast levels to use. Kessler argues that similar aesthetics were used in the late 19th century by landscape painters and photographers who wanted to display the grandeur of the American West. In both cases, she says, the artists portray their subjects in “the visual language of the sublime,” a term she defines as “a tension between the senses and reason” and “an extreme aesthetic experience, one that threatens to overwhelm even as it affirms humanity’s potential.” 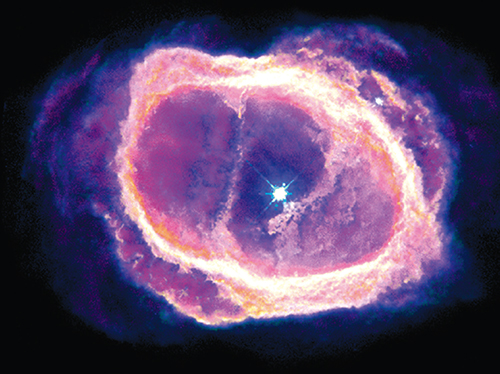 The artists of the Hubble images and the landscape paintings both seem to employ similar schemes of color, light and texture to showcase the stark beauty, vast scale and isolating distance of their locations. One painting of a rock pillar above a waterfall uses sunlight from behind the rock to give it a theatrical halo, an effect that is often seen in the backlit glow of stellar nebulae in Hubble images.

Kessler sympathizes with the astronomers who develop the Hubble images, as they often have to balance the sometimes contradictory demands of making the images scientifically valid, visually compelling and accessible to an audience that ranges from fellow astronomers to schoolchildren. She acknowledges that some Hubble images were specifically designed to be eye-catching in order to encourage public support, financial and otherwise, not only for Hubble and NASA but for science more generally. Although she cites scholars who dismiss the validity of scientific images made for public display, Kessler argues, “To regard them as little more than overwrought marketing materials ignores the depths of their connections to the practice of science as well as how profoundly the images shape our cultural imagination.” Astronomers themselves, she says, may not always be fully aware of how strongly such images shape their thinking.

Scientific images are typically not scrutinized in the same manner as those produced for artistic purposes, says Kessler, and it seems to be her aim to correct this oversight. Although her use of art-world jargon may be off-putting to some readers, her comparisons of Hubble images to western landscapes, along with interviews with astronomers about developing images and winning over colleagues, will be of particular interest to those interested in the intersection between science and art. 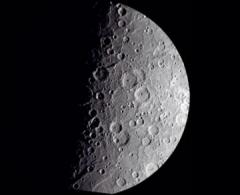 A Map of the Universe