In 1958, astrophysicist Gene Parker mathematically described the solar wind, a continuous flow of charged particles from our Sun that accelerates to supersonic speeds and permeates our Solar System. But 4 years passed before the scientific community accepted that there was anything other than dust between planets. Then in 1962, the world’s first interplanetary mission (NASA’s Mariner 2) gathered the necessary data to prove Parker right. This year, NASA launched the Parker Solar Probe—NASA’s first mission named after a living person—to explore what accelerates the solar wind. American Scientist’s digital managing editor Robert Frederick spoke with Parker, who is now 91, about what he hopes the Parker Solar Probe will discover.

What do you think kept prior probes from attempting to do what the Parker Solar Probe is going to do, in getting so close to the Sun? Was it technology, or expense, or something else?

Both. It started out when people thought it would be nice to get into the atmosphere of the Sun and see what the conditions are there, what oscillations, what waves, and what disturbances are there. In a very general way, you realize that you could probably discover a lot of new effects if you could just get near the Sun without melting down your spacecraft. Somebody at the Jet Propulsion Laboratory took this challenge seriously and they designed a spacecraft that would survive a short swing past the Sun, reaching a closest approach of four solar radii. That’s pretty fantastic. Anything exposed at that temperature is white hot, but with a clever design—a conical shape with the apex pointed toward the Sun—they designed a spacecraft that should stand a swoop past the Sun coming by at four solar radii. But it never got off the ground, because, first, it was expensive. Nobody denied that. Second, and pretty serious, was the objection: What can you learn in four hours? You might see something interesting, but you can’t go back and take another look at it. It was realized finally that the best science would be done by compromising. Let’s go to 10 solar radii as the spacecraft sweeps around the Sun, rather than shooting for the extreme case of four solar radii. You’re sacrificing everything in that extreme case for the survival of the spacecraft. At 10 solar radii, the science opens up. It takes days to go by instead of just hours. You don’t have to sacrifice everything. In going by at four solar radii, you cannot expose any instrument to sunlight. You find you’re trapped. That’s what the present solar probe is all about. The heat is overcome by the heat shield, a big piece of very specially constructed carbon. The analogy the engineers give you is, imagine something made of charcoal, except it’s a much more sophisticated and effective form. That’s where we stand at the present time. Now we’re waiting to see what nature has to show us. 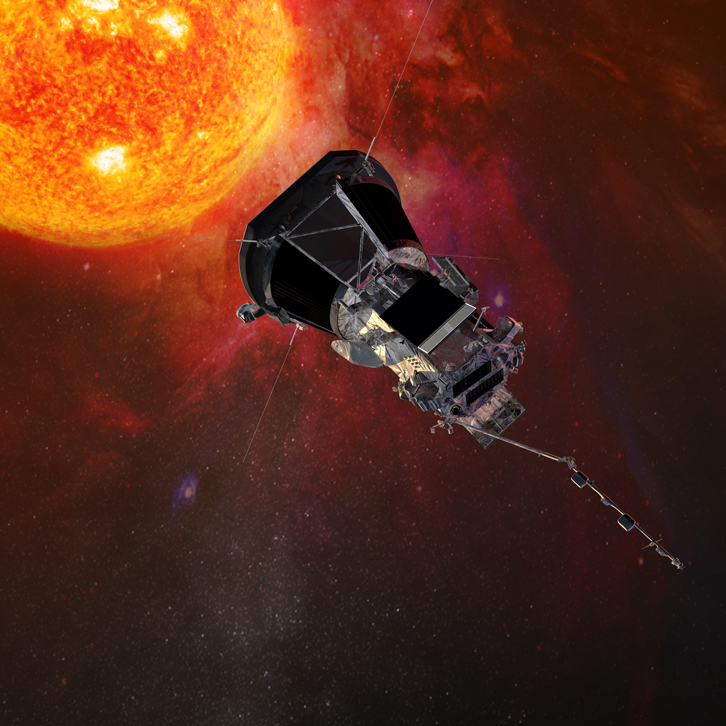 Regarding the broader field of astrophysics, over your long career, have you yourself experienced any surprises? Have you been surprised in the way that your solar wind paper caused others to be surprised?

I know a couple of anecdotal examples that are worth a good laugh. I once wrote some papers on the dynamic effects of cosmic rays. You should think of cosmic rays not as particles, but as a continuum again. The dynamic equations are easily written down and solved for various circumstances. It turns out that the galactic magnetic field is inflated by cosmic rays. It’s unstable because of the pressure of cosmic rays. And so it’s very interesting and quite simple. I wrote it up. It’s a cute phenomenon. I sent it in to the Astrophysical Journal, and Subrahmanyan Chandrasekhar, who was the editor at the time, sent me a copy of the referee’s report. [Chandrasekhar later won the Nobel Prize for Physics and is namesake of the Chandra X-ray Observatory.] The thing that tickled me most is the report. It said, “I had always thought Parker was competent, but . . .” And there followed a long harangue about a single substantive objection to it. When I showed that to the editor he said, “Okay, I’ll publish it, if a hostile referee can’t come up with a more forceful objection than that.” Hostility of that sort is a very common phenomenon, and if you’re just a young guy starting out, unknown, it can sometimes ruin your career. People don’t know anything about you except this paper, which might be excellent, but it’s referred to by an eminent expert as being wrong, so you’re wrong and you’re dead. I had that happen to me and it didn’t really matter, because the paper was right, and rather trivial.

After the solar wind paper, it sounds as though you started in on other problems.

Oh, yeah. The universe is full of problems. We’re all mortal, so you’d better get to work on it. You’re not gonna last forever.

Have you been involved in any other planned missions to study the Sun?

Only peripherally. I’ve offered general comments on what it would be nice to do, what we’d like to measure. But the design and building of a spacecraft to check the solar wind is entirely up to technical staff, who never seem to get any credit.

How did you learn that NASA would name the Parker Solar Probe after you?

I’m retired, but I was sitting and working on something or other of no significance. The phone rang, and it was Tom Zurbuchen [Associate Administrator for the Science Mission Directorate at NASA], whom I knew slightly. He said that NASA was proposing to put my name on this spacecraft, but they wanted to make sure it was okay with me. So I didn’t have to think too long and hard. I said, yeah, that’s a fine idea! He said, thank you, and hung up. The rest is history.

In your heart of hearts, do you most hope that the Parker Solar Probe helps solve those mysteries about the Sun, things you’ve wondered about for decades? Or do you hope it turns everything on its head, and raises new questions we can’t explain at all?

Well, there’s always the possibility. One can never deny that you may stumble across something that is completely contrary to what we knew. But what’s known is already based on general dynamical principles. So I suspect there may well be some surprises, but there isn’t going to be some previously unthought-of possibility. I think those are pretty well covered by the available theoretical possibilities. And if the spacecraft wants to prove me wrong, I’m delighted. 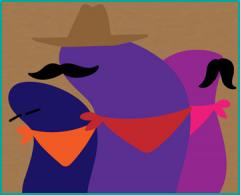