We took issue with many aspects of the interview with M. V. Ramana (Spotlight, January–February). The Fukushima-Daiichi incident could have been prevented if the seawall had been higher, or if the diesel generators and their electrical system that ran the emergency cooling pumps hadn’t been placed in a basement, or if the containment doors to it had been hermetically sealed against flooding, or if the batteries to tertiary backup pumps had lasted more than one day. With only one major failure of engineered safety and no deaths from radioactivity in over three decades since the human error–caused disaster at Chernobyl, are people’s fears misplaced?

Dr. Ramana argues that what could go wrong in a nuclear power plant cannot be known because their facilities are so complex. These plants are indeed complicated, but they are created using reliable scientific and engineering principles. What can possibly go wrong is understood, but at Fukushima-Daiichi it was ignored and the facility was subjected to inadequate design. Multiple fixes have since been made. Outside Japan, other countries’ superior designs have required no or only minor modifications.

Dr. Ramana argues that nuclear waste was never taken into account when reactors were built. But it was, since the very beginning. He believes that first-stage storage ponds—basically pools whose water levels simply need to be maintained—can catch on fire. He then claims that dry casks, with designs and protocols lasting for literally tens of thousands of years, are not permanent enough. He worries about the volume of waste, but the CANDU (CANada Deuterium Uranium) reactor and some others can significantly reduce that by using mixed thorium or even “spent fuel” at high efficiencies.

Dr. Ramana states that nuclear plants are expensive to build. In fact, they already supply electricity at competitive prices because of their threefold lifespan and high-capacity factors compared with renewable-energy sources. Nuclear energy would be even more economical if current fossil-fuel subsidies were reallocated. Dr. Ramana ignores the Achilles’ heel of trying to rely entirely on wind- and solar-energy sources: a lack of sufficient carbon-free energy storage capability to mitigate their intermittency.

With sharply rising atmospheric carbon-dioxide concentrations, world leaders must understand that there is limited time and real estate to ramp up enough renewable-energy sources to mitigate global warming. A rapid buildup of intensive nuclear power, together with appropriate renewable sources, can meet the requirements in time.

First, their assertion that there have been “no deaths from radioactivity in over three decades since…Chernobyl” is disingenuous. Health outcomes such as cancers develop only after many years have passed since the exposure to radiation. Therefore, a large incidence of cancer resulting from the 2011 Fukushima accident would not be expected—yet. Nevertheless, a number of people will be afflicted with cancer (and other diseases) as a result of Fukushima. In 2014, the United Nations Scientific Committee on the Effects of Atomic Radiation estimated that the collective dose to the population of Japan from the accident is 48,000 person-sieverts. If one uses standard dose-response figures from the Biological Effects of Ionizing Radiation (BEIR) VII study carried out by the National Academy of Sciences, this collective dose is expected to result in nearly 2,500 cancer deaths over the long term.

Second, nuclear reactors are evidently capable of undergoing severe accidents. Although accidents are not inevitable, neither is accident-free operation, especially when one thinks of a fleet of reactors built in multiple countries, operated by a variety of organizations with diverse priorities, including cost-cutting and profit-making, and blinded by institutional biases and safety myths.

Third, Dr. Emery and his coauthors are correct in pointing to the possibility for reduction in the volumes of waste if other reactor designs are used. But nuclear reactor designers have to make their products cheap and safe, and designs must be resistant to the proliferation of nuclear material; the technical requirements from these other goals pull in different directions. (See my 2014 article with Zia Mian in Energy Research & Social Science.) Further, the value of volume reduction of waste is debatable. Public opposition to radioactive waste repositories is not based on size, but on the fact that they remain hazardous for millennia.

Finally, nuclear reactors today are simply incapable of supplying “electricity at competitive prices.” This is borne out by the string of nuclear power plant closures in the United States in the recent past. In most, if not all, cases, the primary reason cited by the owning electric utilities was an inability to compete in the electricity marketplace, even though the capital costs of these plants had been paid off.

There is indeed a legitimate, democratic debate to be had about whether or not nuclear power is essential to mitigate global warming. But the debate should be based on the reality of high costs, the hazards of radiation exposure, and severe, albeit infrequent, accidents. The energy debate deserves better. 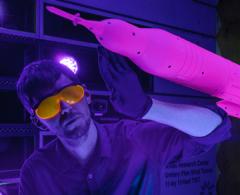 Pressure in the Pink