My friend Liana is no pub crawler. Otherwise, her night shifts might well kill her. An acute-care psychiatric nurse in Lincolnshire, England, Liana and her colleagues entertain a running joke they call “night shift belly.” Whenever they must work two or three 12-hour night shifts in a row, they’ve noticed that they share the same intestinal distress. In unison they walk the ward, hitting the yogurt cup. 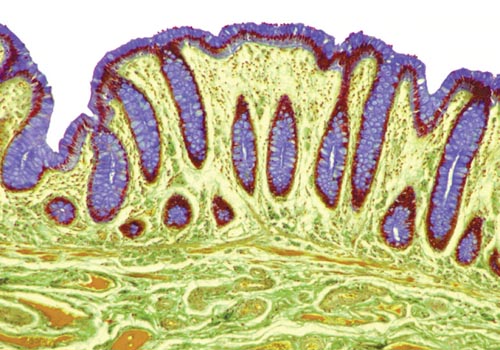 Ali Keshavarzian, a gastroenterologist at Rush University Medical Center in Chicago, knows that Liana isn’t imagining things. In a recent study published in PLoS One, Keshavarzian and his coauthors show that disruption of circadian rhythms, which regulate sleep-wake cycles, weakens the lining of the gut. The health implications are significant: Circadian disruption can hasten and exacerbate alcoholic liver disease, and by itself can harm the gut lining as severely as alcohol abuse.

The path to discovery began with Keshavarzian’s clinical observations at Rush. “He had several patients with Crohn’s disease, an inflammatory bowel disease,” says his coauthor, Keith C. Summa, an M.D. and Ph.D. student at Northwestern University. “He noticed that several would suffer flare-ups while working night shifts; in contrast, when they were on the stable day shift, they were better able to manage their disease.” He also noted similar intestinal distress among some of his other patients who were alcoholics. Both groups suffered from “gut leakiness,” a syndrome in which toxins pass through a weakened intestinal wall into the circulatory system, causing systemic inflammation.

Keshavarzian wondered about the connection between the two patient populations and suspected that the common factor might explain why only about 30 percent of heavy drinkers develop severe liver disease. Research had shown that alcoholics with liver disease tend to have gut leakiness, but why or how the condition developed was unknown. The night shift belly phenomenon hinted to Keshavarzian that circadian disruption could be a risk factor for gut leakiness and therefore alcoholic liver disease.

With these thoughts in mind, Keshavarzian contacted Summa’s mentor, Fred W. Turek, director of the Center for Sleep and Circadian Biology at Northwestern, to collaborate on a mouse model of inflammatory bowel disease. After some preliminary experiments, Keshavarzian and the sleep research team decided to pursue a mouse model of alcoholic liver disease instead, because alcoholism offered a surer way to elicit inflammatory disease.

“What is so dangerous about gut leakiness,” says Summa, “is that the bacteria in your gut have toxins and proteins that cause inflammation, and these molecules can cross the wall of the intestines.” The liver attempts to process the toxins, which promotes liver disease. “Alcoholic liver disease serves as a model for studying induced inflammation,” Summa continues. “It had the added benefit of differential susceptibility: Some people who drink are protected, while others are vulnerable.”

To mimic the effects of shift work or jet lag in humans, Keshavarzian and his collaborators exposed the mice to a repeating reversal of the light-dark cycle, which consisted of 12 hours of light and 12 of darkness. For one week, lights came on at 6 a.m.; for the next week, they came on at 6 p.m. The researchers also divided the mice into two dietary groups. One ate food containing alcohol; the other group was alcohol-free. After exposing the mice to light-dark cycle reversals for three months and feeding them their assigned diets for 10 weeks, Keshavazian’s team conducted tests to assess gut leakiness and liver cell injury.

“We found that disruption of circadian rhythm promoted both gut leakiness and liver inflammation, leading to greater severity of alcoholic liver pathology,” says Summa. The mice that were both alcohol-fed and circadian-disrupted showed the earliest and most severe disease, as expected. In mice whose light-dark cycles were not disturbed, the alcoholic diet resulted in a twofold increase in gut leakiness. Surprisingly, though, in alcohol-free mice, chronic disruption of the circadian rhythm also resulted in a twofold increase. Circadian rhythm disruption alone appeared to be as destructive as alcohol abuse alone.

In parallel with this experiment, the researchers experimented on Clock-mutant mice, which carry a defective version of a gene that regulates the biological clock. Like the other mice, they were sorted to an alcohol-rich diet or an alcohol-free diet. The researchers included this experiment as a check that circadian rhythms, not other environmental factors, directly influence gut leakiness. Both approaches to circadian disruption yielded similar findings, which strengthens support for the role of the biological clock.

Keshavarzian and his team plan to explore how the shifts in sleep-wake cycles result in gut leakiness. During their study, they observed that biological clock disruption seems to relocate a protein called occludin from the gut barrier cell’s membrane to its interior. This protein forms junctions that hold gut barrier cells together, suggesting a possible target for future therapies.

Even simple behavioral changes could also have meaningful health impacts. Summa notes that he had to deliberately stress his lab mice, but people intentionally disrupt their sleep-wake cycles all the time. An attitude prevails that “you can ‘get by’ with disrupted sleep,” he says. “But we in the sleep field think that sleep is a fundamental biological need, on the same level as diet and exercise.” Far from being a mere annoyance or joke, after all, night shift belly apparently can kill. 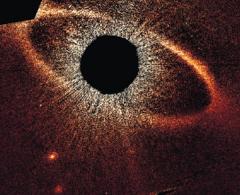