New Sites on the Trail of Early Humans

Using everything from high-tech imaging to handheld sand sieves, researchers are finding traces of our early human ancestors in some unexpected places.

When Sireen El Zaatari and Katerina Harvati, of the University of Tübingen, along with Christopher Bae of the University of Hawaii, decided to organize a symposium addressing the geographic gaps in the story of human evolution, they saw an opportunity to do something new. “The first thing we did was take out the areas that have already been well represented in paleoanthropological research, mainly Western Europe and East Africa,” said El Zaatari in a recent telephone interview. The three sought out colleagues who are “working on locating some of the missing pieces.” The symposium, which took place at the 2015 meeting of the American Association of Physical Anthropologists (AAPA), included more than a dozen talks by scientists eager to discuss their new finds, from Lebanon to the Gulf of Oman and as far afield as Laos—sites that had long been neglected, discounted, or overlooked altogether. 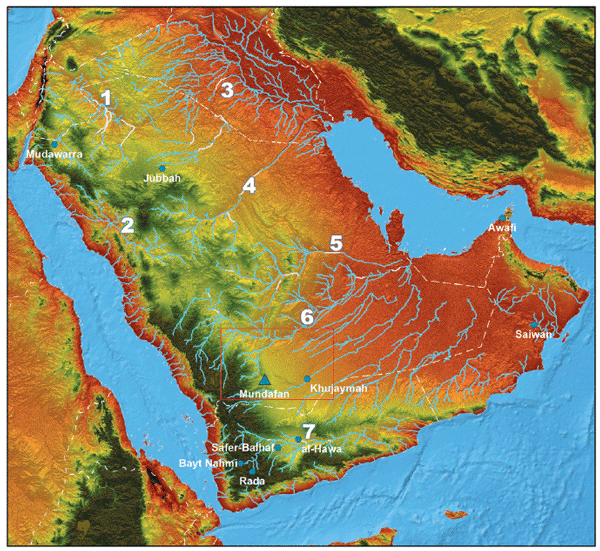 In attempting to understand how the earliest modern humans spread out from the home continent of Africa and eventually came to inhabit virtually every land mass on the globe, researchers have tended to focus their attention on one particular route: from the east of Africa northward, then into Europe and Asia. “Everything was about dispersal from Africa to the Levant [that is, along the eastern coast of the Mediterranean Sea], and Arabia was not part of the picture,” says Michael Petraglia, professor in the school of archaeology at the University of Oxford.

To all appearances, the vast expanse of the Arabian Desert was an unlikely prospect for exploration. The southern third of this peninsula actually bears the name Rub’ al Khali, the Empty Quarter. “You can drive for miles over the sand and you don’t see a sign of life—not one weed,” says Petraglia. He conducts fieldwork in this area as director of the Palaeodeserts Project, a collaboration between his Oxford department and the Saudi Commission for Tourism and Antiquities.

In decades past, researchers had painstakingly surveyed the area on foot as best they could. Some had come across patches of discolored sand that seemed to hint at an ancient lake, but for the most part they had found only disappointment.

Beginning in about 2010, however, space-age technology offered a way to look beneath the surface of the Empty Quarter as it is today. Petraglia explains, “Thanks to pilot funding from National Geographic and the Leakey Foundation, we were able to go ahead with satellite-imaging surveys that documented a very different climate of the Arabian peninsula a couple of hundred thousand years ago. Remote sensing and a geographic information system let us see scars in the landscape that represent former river channels, literally hundreds of them,” some 60 centimeters beneath the surface of what is now the largest sand sea in the world.

Thanks to the clues provided by satellite imagery, researchers in the Palaeodeserts Project can focus their efforts on just those areas that display strong evidence of having held water in the past. Working on the assumption that where there was water there would also be plants and animals, including early humans, they have been able to carry out several highly productive excavations. “The fossil evidence from humans is exceedingly rare,” says Petraglia, but his team has found a variety of animal fossils, including oryx, fox, jaguar, and elephant. At a site called Mundafan, along the shores of a lake that existed between 80,000 and 100,000 years ago, researchers have uncovered stone tools such as small, thin cores and flakes that had been retouched to make for a sharper cutting edge. Petraglia’s hypothesis is that migrating animals had followed the course of rivers and lakes as a vital source of water, and early humans had followed the animals as a source of food—not just in small groups for brief forays but as part of a larger, long-term movement of populations across a broad Saharo-Arabian swath of land.

To the north and east on the Arabian peninsula, where the land forms a sharp point dividing the Persian Gulf from the Gulf of Oman, the site of Jebel Faya offers its own stone testament to the presence of early humans: a dwelling structure, one of the oldest in the region. Knut Bretzke, postdoctoral fellow in early prehistory and Quaternary ecology at the University of Tübingen, directs the excavation, which is located about 40 kilometers north of the ultra-modern city of Dubai, in the United Arab Emirates. Bretzke says, “Here we have something really rare: a true rock shelter, where you can sit under a roof of rock and be protected from the sun and rain. Before this was found in 2013, by my colleague Hans-Peter Uerpmann, everybody said you would never find traces of any settlement in this area—it couldn’t support habitation. We had to excavate quite deep to find the Paleolithic layers,” which were deposited about 125,000 years before the present. Unlike the sites to the west in Saudi Arabia, this area shows no traces of a lake bed, although during rainy seasons there would have been water and a variety of animals that depend on a supply of water, such as gazelles and other ungulates. “We don’t have too many fossils,” Bretzke says, “but I as a lithic specialist am okay with that.” 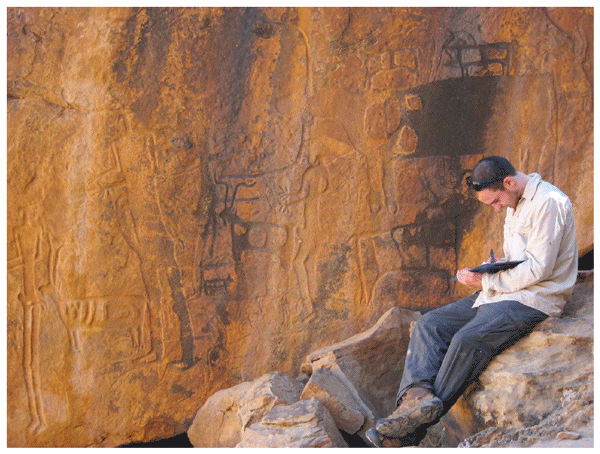 If the Arabian peninsula has received less than its share of attention from human-origins scholars until now, the more traditionally studied countries of the Levant have seen a sharp trend in the opposite direction: numerous productive excavations brought to a sudden halt by violent conflicts in the region. ”Lebanon is a perfect example of a place that is very rich with material, but with the civil war, all work just stopped,” says El Zaatari. “People will tell you, ‘Oh, there’s nothing there,’ but really we have a lot”—more than 200 potential sites, ranging from “find spots” (where artifacts or signs of habitation were reported, indicating the area is worth a closer look) to sites that had been identified and were in various stages of excavation. Many find spots were destroyed in the civil war, however, and now modern construction threatens to rebury others.

Another paleoanthropologist investigating a somewhat neglected area is Laura Shackelford, professor of anthropology at the University of Illinois, who is focusing her efforts far to the east. “No one else works in Laos,” she says. “There has been a long perception that this would not be a productive area, and only now is it starting to change.” That change may have gotten under way in 2012, when Shackelford and her colleagues reported on a trove of human fossils from a muddy cave called Tam Pa Ling, in the Annamite Mountains. Among the newly found fossils, at least one human skull fragment with clearly modern characteristics has been securely dated to about 63,000 years old, pushing back the earliest evidence of human habitation in southeast Asia by a good 20,000 years. The area gained further attention at the AAPA meeting this spring when Shackelford described another fossil, half of a human jaw, from the same site. Although standard techniques of dating have shown this piece to be close to the age of the skull fragment, the jaw shows a puzzling mixture of modern and earlier human features. 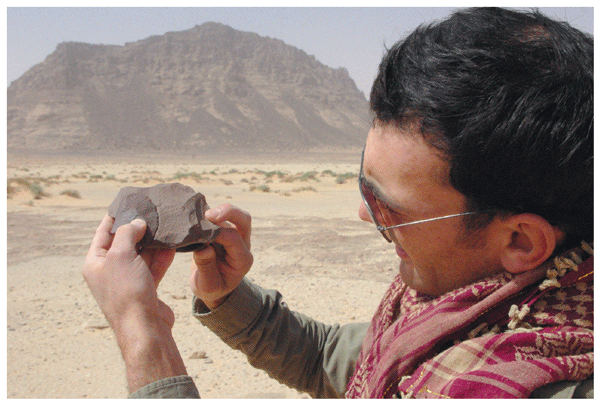 Shackelford (whose early research received support from the Sigma Xi Grants-in-Aid program) sees the combination of features in this fossil and in others elsewhere as a sign that human populations displayed a wide range of variation tens of thousands of years ago, just as humans do today. More difficult to explain will be discrepancies of age among the fossils in this collection. “We’re finding fossils in clay deposits that don’t have any big rocks or stones, so apparently they were laid down very quickly—perhaps washed into the cave by a flood—and fossilized soon afterward,“ she says. Along with the larger pieces such as the half-jaw, she and her colleagues have encountered small fragments from a number of other human individuals. However, Shackelford points out that one must not read too much into the circumstance of finding this assemblage of fossils all together. “Because we didn’t find them in their original locations, we can’t assume all the creatures represented by these fossils were living in association with one another, or even at the same time,“ she says.

It’s the classic scientists’ dilemma: With additional data come additional, more tantalizing questions. ”Even the whole symposium showed things were not as simple as we once thought,” says El Zaatari. ”People were not just dispersing in one direction, and they weren’t moving all at one time—maybe they traveled to a new area, then retreated and returned much later.” Bretzke agrees, and adds a cautionary note: “Great archaeological variation has been documented [across the region]. There are three different signatures: gradual settlement in the Levant, a clear break in Iran, and pulses of occupation in southeastern Arabia. So you must be careful, when you address questions of global population, that you’re not mixing together the evidence for different populations or for occupations at different times.”

Given the major logistical challenges and considerable expense of exploring these less familiar sites, El Zaatari commends the institutions that fund what might be considered “high-risk” research. On the jumbled and indistinct trail of human evolution, such preliminary assays have great practical value, because they allow paleoanthropologists and the nonprofit organizations that support them to concentrate scant resources where they are most likely to be productive. As El Zaatari says, “You cannot prove there’s something worthy [of excavation] in a place where nobody has looked.” 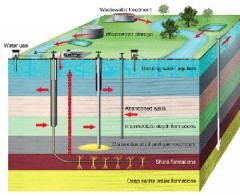