Lord Kelvin, especially in the last decades of his long life, was a genuine celebrity. Beyond his achievements in science, he had gained prominence for his forays into industrial engineering—his efforts were crucial to the success of the transatlantic telegraph cable—and had established himself as one of the earliest examples of what we might call a technologist, a man who applied scientific principles to commercial ventures. He made himself wealthy in the process, rose to the peerage and traveled widely. His visits to North America were noted on the front page of the New York Times and other newspapers, and reporters eagerly sought out his views—which he was equally eager to supply—on science, industry, commerce, even politics. On his death in 1907, at the age of 83, he was interred next to Isaac Newton in Westminster Abbey, to reside forever alongside perhaps the most supreme mind of science. 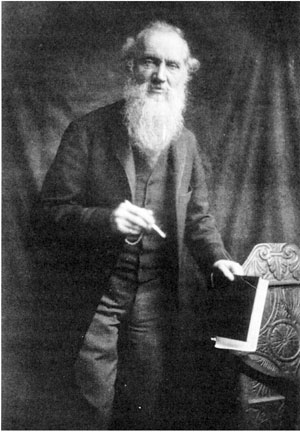 But how quickly his star faded! To be sure, he died just as the emergence of radioactivity, quantum theory and relativity transformed physics, but still, we remember and celebrate such contemporaries of Kelvin as James Clerk Maxwell, Michael Faraday, James Prescott Joule and Ludwig Boltzmann. In his day, Kelvin was far better known than any of them, but in 1999, when the U.K. Institute of Physics polled its members for the top physicists of all time, Kelvin didn't even crack the top 30.

Public reputation notwithstanding, Kelvin's status among his fellow scientists had in fact begun to fall well before his death. He never embraced Maxwell's theory of electromagnetism, finding it too abstract, too formal. He spent years tinkering with the so-called vortex model of atoms, which portrayed atoms as knots and twists in the light-carrying ether. The ether itself he strove manfully to depict in literally mechanical form, conjuring up models with springs and balls and levers intricately interconnected to create a medium that could sustain electric and magnetic fields and electromagnetic waves in the manner that Maxwell's theory described but, to Kelvin's way of thinking, didn't explain. This all seems today, to any physicist who happens to come across it, hopelessly antique. So it seemed, indeed, to a good many of Kelvin's colleagues in the closing years of his life.

Kelvin: Life, Labours and Legacy is a collection of essays that aims, in the words of the editors (Raymond Flood, Mark McCartney and Andrew Whitaker), "to re-evaluate and rehabilitate Lord Kelvin," meaning, I suppose, that they would like readers to come away with a clearer and more just view of the man. I don't know that the book achieves that goal. Certainly the various contributions, from historians, physicists and engineers, depict the truly astonishing range of activities in which Kelvin made a mark. In the end, though, assessing the significance of his ideas and the extent of his influence remains as murky a task as it always has been.

The first two chapters briefly recount the early life and education of William Thomson, as he then was called. Born in Belfast in 1824, he was the son of James Thomson, a teacher of mathematics who eight years later was appointed a Glasgow professor. William was from the outset a bonny, blithe and all too clearly brilliant child. Even before he became a Cambridge undergraduate he published (anonymously, because of his father's strict views on academic etiquette) a short paper exposing errors in a critique by the Edinburgh professor Philip Kelland of Joseph Fourier's great opus, The Analytical Theory of Heat. And William, as soon as he had finished at Cambridge, raced off to Paris to spend the summer in the company of Joseph Liouville, Jean Baptiste Biot, Augustin Louis Cauchy and their colleagues, and to learn from Victor Regnault the elements of laboratory science.

William Thomson returned to Cambridge as a college fellow, but just a year later, at the age of 22, he was appointed to the Chair of Natural Philosophy at Glasgow, becoming a faculty colleague of his father. Declining three requests to return to Cambridge as Cavendish professor, William remained at Glasgow the rest of his life.

It was his early reading of Fourier and his stint in Paris, more than his few years at Cambridge, that became the foundation of William Thomson's scientific career. From Fourier he gained theoretical insight into heat, and from Regnault, as well as from his own older brother, James, a distinguished engineer, he learned to understand heat empirically. From Liouville he acquired at first a rather skeptical view of Faraday's controversial notions on electric and magnetic influences, the latter's curving "lines of force" seeming to stand in contradiction to the French idea of rectilinear action at a distance.

Chapters by Ivor Grattan-Guinness, John Roche and Iwan Rhys Morus show how Thomson, a man of quick perception and fertile imagination, drew on his deep understanding of Fourier and the flow of heat to see how electric and magnetic influence could, in a sense, flow through space in the manner that Faraday implied. Thomson took the first steps in turning Faraday's conceptions into quantitative models, paving the way for Maxwell's full theory of electromagnetism. Similarly, Thomson came across Sadi Carnot's profound but forgotten work on heat engines, which assumed the old caloric theory of heat, and saw how to marry it with Joule's assertion (which he initially resisted) of the interconvertibility of work and heat. Thus was Thomson led to embrace the law of conservation of energy as the fundamental rule of nature. Going further, he wrote in 1852 a remarkable paper, "On a Universal Tendency in Nature to the Dissipation of Mechanical Energy," in which he outlined what is now called the heat death of the universe and almost—but not quite—propounded the second law of thermodynamics.

Thomson's life changed when, as Bernard Crossland explains, his opinion was sought on the unexpected weakening of telegraph signals sent through undersea rather than overland cables. He worked out a theory that took into account the influence of seawater, a conductor, on a pulse of electricity traveling through a submerged wire; traveled across the Atlantic Ocean five times on cabling voyages; devised the sensitive mirror galvanometer to detect faint signals and took out patents for that and other inventions; charged fees for his advice; set up an instrument company in Glasgow; and embarked on a protracted struggle to get the Royal Navy to adopt a correctable compass of his own design. On top of that, as other essays recount, he undertook a long campaign, based on thermodynamic reasoning, against geologists who took the age of the Earth to be infinite. And he spent years working with Peter Guthrie Tait to produce what was arguably the first modern comprehensive physics textbook.

In 1866, at the age of 42, Thomson was knighted in recognition of his role in the Atlantic telegraph project, and in 1892, a man of note and influence in Victorian society, he took the title Lord Kelvin. His life, as his contemporaries wonderingly remarked, was a whirlwind. Always he had numerous projects on the go at once, so that if inspiration temporarily deserted him in one area, he could quickly switch to one of several others so as not to waste a moment in fruitless pondering.

Why, then, has Kelvin's remarkable catalog of achievements left so little impression? In an obituary notice, the Cambridge physicist Joseph Larmor lamented that Kelvin had got caught up in technological and commercial activities, because they absorbed so much time that could otherwise have been devoted to physics. But the complaint doesn't really hold up. Kelvin continued to push at a wide range of purely scientific problems until his dying days, and there's no reason to think he would have had a greater impact on science had he remained strictly within the ivory tower.

In part, Kelvin's reputation became tarred with the dubious scientific ideas that he held in his later years—the opposition to Maxwell, the doubts about radioactivity, and the insistence (for good—although, as it turned out, insufficient—reasons) that the Earth and Sun were only some tens of millions of years old. As C. W. Francis Everitt observes, we forgive Einstein his later theoretical escapades because his early achievements were so monumental. In Kelvin's case, though, it's not so easy to say precisely what the preternaturally brilliant young William Thomson actually did. There's an inescapable taint of incompleteness about his work. He saw how to make a mathematical picture out of Faraday's vision but didn't push on to construct a whole theory. He transformed Carnot's faulty analysis into a precise statement of the inevitable inefficiency of heat engines but fell short of finding the universal statement that we now call the second law of thermodynamics.

Elizabeth Garber's illuminating essay "Kelvin on Atoms and Molecules" gives a sympathetic but sharp-eyed account of the strengths and weaknesses of Kelvin's thinking. Boltzmann and Maxwell eagerly embraced the kinetic theory of heat, in which the motion of billiard-ball atoms accounted for the laws of thermodynamics, but Kelvin balked, Garber explains, because billiard-ball atoms obviously couldn't explain chemistry or spectroscopy or a host of other well-known phenomena. And so he spent years trying to construct elaborate mechanical models of the atom that could do everything—a project that he admitted, shortly before he died, had ended in failure. Likewise, Kelvin didn't accept Maxwell's electromagnetic theory, with its fields defined essentially as mathematical entities obeying certain laws, because he wanted to know what the fields were, what they were made of.

Clearly, Kelvin didn't lack ambition or acuity. But understanding the nature of atoms would require quantum mechanics, whereas understanding the nature of fields is even now a work in progress. What held Kelvin back, it seems to me, was an inability to go for what one might call the artful dodge—the inadequate but simplifying assumption that nonetheless brings insight and progress. Kelvin wanted everything properly laid out and precisely stated up front before he would commit to the next step.

This book will surely enlighten any reader looking for a broad perspective on Lord Kelvin's fascinating and remarkable story. To expect a multiauthored collection of essays to provide a coherent lens on one man's life, especially a life as wide-ranging as this one, would be asking too much. In addition, it's harder to explain a man of undoubted brilliance who leaves behind him so many trails of contradictory evidence than it is to portray a person whose life sticks to a narrower path. I have spent quite some time thinking about Lord Kelvin and in some ways find his character harder to figure out than the purer talents of scientists such as Maxwell and Boltzmann.

David Lindley is a freelance writer in Alexandria, Virginia. He is the author of several books, including Degrees Kelvin: A Tale of Genius, Invention, and Tragedy (Joseph Henry Press, 2004) and Uncertainty: Einstein, Heisenberg, Bohr and the Struggle for the Soul of Science (Doubleday, 2007). 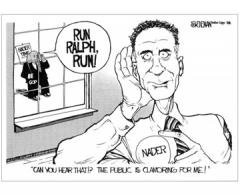