New techniques for determining the age of fossils and sediments are providing insights into human origins.

The public image of Neanderthals as low-browed, hulking brutes is due for a makeover. We humans sometimes like to think of ourselves as quite distinct from our extinct cousins, but the evidence from more and more fossil sites suggests that Homo neanderthalensis and Homo sapiens shared many personal qualities. We now know, for instance, that Neanderthals took care of their elderly and disabled relatives, buried their dead in ritualistic ways, and, in certain contexts, apparently imbued natural objects with symbolic meaning. Moreover, these near-humans must have been able to adapt to many different habitats: In the period between about 450,000 and 40,000 years ago, they left their traces in locales as far-flung as Portugal, China, and the Indonesian island of Flores. Their adventurousness is matched today by the boundless curiosity and ingenuity of researchers developing new ways to find out more about them.

The talks and posters presented at the 2016 annual meeting of the European Society for the Study of Human Evolution, hosted by Madrid’s Museo Arqueológico Regional, spanned the past two million years of human evolution. Neanderthals came in for an outsize share of the attention, though, perhaps because the Iberian peninsula abounds in Neanderthal sites. Two of the most intensively studied of these sites lie in north-central Spain: Atapuerca (which includes the evocatively named Sima de los Huesos, or Chasm of Bones) and Pinilla del Valle.

The site of Sima de los Huesos is famous for its large collection of hominin fossils: One stratigraphic layer alone was found to hold several thousand of them, including many skull fragments. Using a new dating technique, a research team, led by paleontologist Juan Luis Arsuaga of the Universidad Complutense de Madrid, has established a minimum age of 430,000 years for these samples. The date is of particular interest here because morphological analysis of the skull fragments, backed up by the evidence from nuclear DNA sequencing, puts this population at the beginning of the Neanderthal lineage; thus, several different kinds of evidence converge at this site to establish when our congeneric cousins arrived on the scene.

Pinilla del Valle, an hour’s drive from the center of Madrid, also contains numerous well-preserved hominin fossils, thanks to its composition of karst and dolomite, rock types that easily form caves. Recently investigated is Descubierta (“discovered” or “uncovered”) Cave, with a long and narrow galley whose sediments have been carbon-dated to between 38,000 and 42,000 years ago. At least one spot in the galley appears to have been used as a hearth and also a grave; here Arsuaga and his collaborators have found six tooth fragments and part of the jaw of a Neanderthal child. Nearby, a number of other small hearths contain an array of horn cores from aurochs (Bos primigenius) and bison (Bison priscus), together with antlers from red deer (Cervus elaphus). Most fascinating, a short distance away above a layer of flat stones, the skull of a steppe rhinoceros (Stephanorhinus hemitoechus) was found upside down, with a horn placed on top of it.

How to explain such a bizarre assemblage? In a presentation at the conference, Arsuaga laid out his research team’s reasoning: “This association could have been produced by chance, but we consider this improbable, given the preponderance of horns; also, the presence of fire points to an anthropogenic origin.” He continued, “Could it have been subsistence? There is no evidence of human consumption.” As another possibility, it might perhaps have been functional—but we know Neanderthals didn´t use organic substances such as horn, antler, or bone as raw material for implements or ornaments. Moreover, there’s no evidence, such as partly worked bones or a concentration of bone fragments, to indicate that this was a site of industry. To the researchers who discovered them, these carefully arranged horns and skulls looked almost like modern-day hunting trophies. Indeed, at 40,000 to 45,000 years old, Descubierta Cave may contain “possibly the strongest evidence yet for symbolic behavior in Neanderthals,” Arsuaga concludes—although, he says, alternative explanations are welcome. 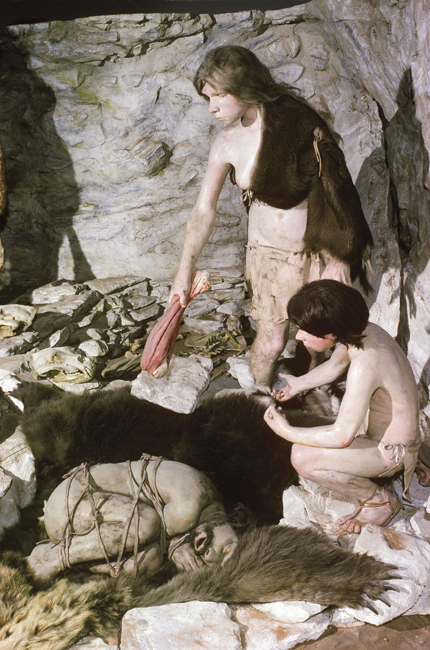 Archaeological finds weren’t the only kind of scientific development to be discussed at the conference. Several groups presented new techniques that could help archaeologists gather more data from material already found. In one presentation, Zenobia Jacobs, of the University of Wollongong, Australia, and her colleagues offered a couple of improvements on the conventional method of dating fossils by thermoluminescence, in which a sample is heated to release trapped electrons, which can be used to determine the amount of time since it was exposed to sunlight. The new method is the one that Arsuaga and his colleagues used to date samples at Sima de los Huesos, and is called optically stimulated luminescence. This technique reveals the erosion and transport history of individual grains in a sample, and can tell whether a given site underwent disturbance at some point before being excavated (this would be indicated by a mixture of ages within one sample). The age range of the optically stimulated luminescence measurements made on quartz grains can even be extended further back in the past by means of a related technique, infrared stimulated luminescence, in which measurements are made on potassium feldspar grains.

Another new technique, in which DNA is extracted from sediment samples, can yield a taxonomic catalogue of the plants and creatures that had existed at a given site—most useful when fossilized remains are too damaged or fragmented to provide such information. A study presented by Viviane Slon, Svante Pääbo, and their colleagues at the Max Planck Institute for Evolutionary Anthropology and nine other international research institutions, examined DNA from sediment samples at six sites across Eurasia; mitochondrial DNA fragments from five of the sites confirmed the presence of mammals large and small, from bears to the now-extinct woolly rhinoceros. Slon and her coauthors see great potential in this technique for tracing “the past presence of animals and potentially hominins at archaeological sites.” When it comes to recovering stories of the past, not only the sites beneath the ground but the ground itself has much to tell us. 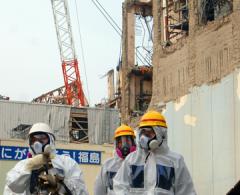