Virginia Tech graduate student Siddhartha Roy speaks about his experiences uncovering the Flint water crisis and how it has affected his outlook on science and his career.

Siddhartha Roy is a graduate student at Virginia Tech in Marc Edwards’s lab, and as the communications director for the Flint Water Study, he interacted with residents there to uncover the Michigan city’s water contamination problems. In spring 2015, LeeAnne Walters, a mother of four in Flint who was concerned her water had high levels of lead, contacted Marc Edwards about testing for lead in her water after the city’s water utility had dismissed her concerns. On April 28, Edwards, Roy, and their team found that Walters’s water had lead levels as high as 13,200 parts per billion, 880 times the U.S. Environmental Protection Agency’s actionable limit for lead concentrations in drinking water. Roy and his labmates dropped other research projects to focus on testing water for Flint’s residents as quickly as possible. They sent lead test kits to local households and traveled from Virginia to Michigan to collect samples. As their data came in, they called households whose water showed risky levels of lead to warn them about drinking it. Research now shows that more than 9,000 kids were exposed to elevated lead levels; there was also a spike in cases of Legionnaires’ disease as corrosion neutralized the chlorine used to keep the drinking water safe. Here, Roy explains in his own words how this work has affected his outlook on science and his career, as told to digital features editor Katie L. Burke. (A podcast version can be found here.) 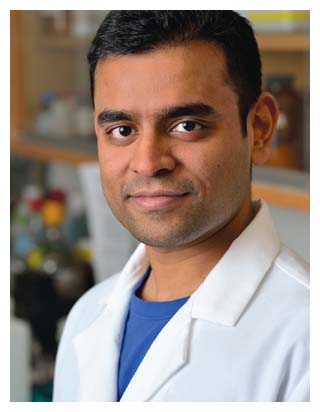 Initially, I thought of agencies as people, especially for agencies such as the Michigan Department of Environmental Quality (MDEQ) or the U.S. Environmental Protection Agency (EPA), because they have policies that are based in science. For example, initially when we [Edwards’s lab] said there’s a lead problem, the MDEQ said, “Our sample results show different.” That’s OK, because in science you welcome skepticism. The kind of attacks that this science-based regulatory agency made on us and then made on the Flint doctor Mona Hanna-Attisha when she came out with her blood lead results of Flint’s children was jaw-dropping. They said things like, “Oh, the Virginia Tech group specializes in looking for lead problems in water. They pull that rabbit out of the hat wherever they go.”

Then a memo by an EPA scientist was leaked showing high lead levels [in Flint’s water]. The mayor of Flint reached out to the administrator of EPA Region 5, Susan Hedman, and asked her, “Is there a problem with lead in my city?” She apologized for the memo being leaked, said it was a draft and it will be vetted. This was in July 2015, and the final memo came out in November. She sat by just as MDEQ spewed lie after lie that the water was safe to drink and met all state and federal standards. The top regulatory cop in the area, Region 5 EPA, did nothing. MDEQ first off lied to the EPA, saying there was corrosion control, and then it said there was none and still did nothing.

When we came in with our results [on lead levels in Flint in August 2015] we were openly discredited in the media by the state agency [MDEQ]. For a couple of days it seemed like, “Oh my gosh, we spent so much money and time and even cried on phone calls telling people that the water is not safe and listening to their stories, and nothing’s going to happen because the state insists everything is fine.” We knew what we were doing was right. People were at least starting to know that there’s a lead problem, so they could take steps to protect themselves. That sense of connection helped strengthen our resolve and gave us the strength to work 18-hour days.

When we started calling people with their lead results, I wrote a script to make sure I gave them all the information they needed. But that’s not how real conversations work. People told us their stories, told us about how someone in the family’s sick. Or when I told them, “You can buy a lead filter,” I’d be asked, “How much is a lead filter?” I’d say, “$30 to $40,” and I’d hear back, “Oh, I live on social welfare. There is no way I can afford $30 to $40 in at least the next two months.” There are times we felt so helpless that we did not know what to do.

A grad student in our lab, Anurag Mantha, couldn’t take it anymore. He set up an online fundraising campaign—the first in this whole saga. He was the first to donate. He was like, “I don’t care. I’m a poor grad student, but I’m putting money in for this.” That set a precedent, and about two weeks later there were hundreds of thousands of dollars being raised in the city for residents. I think what this shows is when you are a scientist with expertise, that is not all you can give. You can also be a compassionate ear, listening to people’s stories.

People [in Flint] kept protesting for months and months. They were arrested in public meetings. It is just mind-boggling to see how people have been mistreated for something as basic as drinking water, which everyone should have a right to.

How Could This Happen?

I don’t think anyone wakes up thinking, “Today I’ll poison some kids with lead.” But many of these officials are people from my field, and they have been working in it for decades. Often when we look at numbers in an Excel sheet, they just seem like numbers. But for us, behind every number was a family. When you’re trying to meet regulations, it’s easy to forget that, which I think is partly why these people did what they did.

To imagine them not following federally mandated corrosion control—for them to be using faulty sampling protocols and throwing out data to meet a regulation when people’s lives are at stake—it is just unconscionable. It shows the arrogance and just plain disregard for public health that many of these officials had. That is apparent in how they reacted to people questioning the safety of their tap water.

The only job that these people have is to protect the public, and they end up doing everything but that. While there are allegations about which politicians knew what and why they did not act sooner, I think it’s clear that both the MDEQ and EPA are guilty of not doing their job and sitting by silently as people were poisoned.

When I applied to graduate school, my idea of working in environmental engineering was to help people. When I talked to other people in my field, they look at the work of scientists as making groundbreaking discoveries, but they don’t interact much with the public. Flint showed us the value of looking at science as a force for public good, which was originally why the federal and state governments funded basic and applied research. The goal of most research should be bettering the human condition. That’s what has happened in the past 200 years. The quality of life we enjoy has been because of scientists, and their work has immensely benefited society.

Many of us forget why we come into research in the first place. Flint has strengthened my human perspective and made me more comfortable with emotion in science. I don’t look at it as an impediment to doing good science, as has been traditionally thought. Flint gave me genuine new friendships. We cannot do science in a vacuum.

The public is central to how we should approach science. Our ultimate client is the public. Some of the best data that you can get is through listening to people, and we often forget that because we have gadgets and probes that we can take to the field. There is also a need for society to acknowledge that scientists are people just like everyone else. We’re good at social skills. We have emotions. When we use it to our advantage, great things can happen.

I took Dr. Edwards’s class in my first semester, and I’m not exaggerating when I say that it changed my life. It put into perspective everything that I wanted in a career when I say I want to help people. The class gave me real case studies where people were struggling with ethical questions, and the answers are not typically black and white. Dr. Edwards often says, “It’s not a question of if you’ll face an ethical dilemma, it’s a question of when.” Finding ways to incorporate that kind of class into undergraduate education would help every aspiring scientist understand what is at stake.

There are two outcomes from Flint that I think are critical. One addresses public health, the other the water infrastructure. Regarding the public health aspect, the families, the children who have been harmed, need lifelong services in terms of education, nutrition, and health services. We have to have strong programs in place so that their growth and their cognitive abilities are monitored going forward. ( The effects of lead exposure are considered irreversible, but access to early education can help children with developmental delays. Hanna-Attisha leads a Pediatric Public Health Initiative for the children of Flint: http://humanmedicine.msu.edu/pphi.)

In tandem, the government has to regain the trust of the people it has deceived. We can fix the water infrastructure, but replacing the trust that people lost is much more challenging. A first step, obviously, is apologizing, which has happened. We need to acknowledge that there was a failure in regulatory agencies, and scientists failed us. We need to make sure that the culture is changed in these agencies. (Federal and state investigations are examining who is accountable in the Flint crisis.)

Flint returned to using Detroit water back in October, so lead levels are now dropping. The damage done to the pipes, however, is irreversible. Flint is now practicing corrosion control and is on noncorrosive water, which will recoat the pipes with orthophosphate and reduce the lead release drastically, but this is a short-term solution. (Phosphate in solution will build up on the inside walls of pipes and serve as a barrier between the water and the pipe, reducing lead’s leaching. The damage to an already aging infrastructure, however, reduces the pipes’ integrity and lifetime, so they will need to be replaced.) Then we can run a federally mandated Lead and Copper Rule sampling pool to make sure that lead levels have dropped to safe levels. Even after that, I don’t think people [in Flint] will drink their unfiltered tap water. Providing filters and addressing any water needs that people might have in the future are important.

Long-term, Flint could be a model city in how we go about doing pipe replacements. There are an estimated 3 million to 11 million lead pipes in this country, which are a legitimate threat despite all the federal corrosion control practices in place. Flint can be an example of how we rebuild. (Replacing the estimated 8,000 lead pipes in Flint will cost about $55 million, according to a plan by Michigan Governor Rick Snyder, a price tag that will require state and federal support. The EPA has estimated that water infrastructure improvements across the United States will cost $385 billion over the next 15 years.) 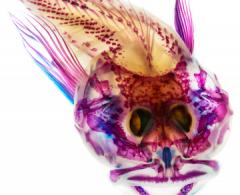