A village of vacant, sandcastle-like structures fills a shallow cave along a canyon wall. Rectangular windows adorn some houses, and a few structures rise into towers. These famous cliff-dwellings of the Ancestral Pueblo people (Anasazi to the Navajo Diné)—built from blocks of sandstone and timbers using adobe as mortar and plaster—are the culmination in the A.D. 1200s of a series of farming settlements that appeared locally around A.D. 600. This is Mesa Verde, Spanish for "green table," and it lies in southwestern Colorado in the Four Corners region, where Arizona, Colorado, New Mexico and Utah touch. Looking at these ghost towns, visitors wonder: Why were these well-constructed settlements abandoned, and where did the occupants go? 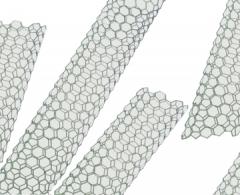