Many Cultures, One Psychology?

Gains in knowledge about the tremendous variety of cultures around the world are shaking the foundations of research on human behavior and mental processes.

The academic discipline of psychology was developed largely in North America and Europe. Some would argue that it has been remarkably successful in understanding what drives human behavior and mental processes, which have long been thought to be universal. But in recent decades some researchers have started questioning this approach, arguing that many psychological phenomena are shaped by the individual cultures in which we live. This shift in perspective has given rise to research societies that address questions of cultural variability and universality, such as the International Association for Cross-Cultural Psychology. Peter Smith and his colleagues write, “Cross-cultural psychologists resemble researchers in most other fields of psychology in that they usually favor research methods that entail quantitative forms of measurement, but they are distinctive in their emphasis on the need to test their theories across a broad range of geographical locations in order to test their universality.”

Clearly, all human beings are in many ways very similar—we share the same physiology and have the same basic needs, such as nourishment, shelter, safety, and sex. So what effect can culture really have on the fundamental aspects of our psyche, such as perception, cognition, and personality? The question is still under active investigation, but a considerable amount of evidence has accumulated so far.

Experimental psychologists typically study behavior in a small group of people, with the assumption that any findings can be generalized to the wider human population. If the global population is considered to be homogeneous, then such inferences can indeed be made from a random sample. However, both the homogeneity of the human population and the randomness of sampling in research can be called into question.

For decades, psychologists have disproportionately relied on undergraduate students to serve as subjects for their studies, simply because they are readily available to researchers at universities. More dramatically still, a 2010 study by evolutionary psychologist Joseph Henrich and his colleagues found that more than 90 percent of participants in psychological studies come from a very particular portion of the human population: the inhabitants of countries that are WEIRD (Western, Educated, Industrialized, Rich, and Democratic). The authors of the study noted that “members of WEIRD societies, including young children, are among the least representative populations one could find for generalizing about humans.” Clearly, the people who live in these countries are not a random sample.

Here’s a thought experiment that suggests the extent to which our mental processes are shaped by the society in which we grow up: When asked to consider which two of the following objects go together—a panda, a monkey, and a banana—respondents from Western countries routinely select the monkey and the panda, because both are animals. This is indicative of an analytic thinking style, in which objects are perceived, for the most part, independent of their context.

What may be seen as normal in one culture could be seen as deviating from the norm in another, and might even be treated as a social phobia.

In contrast, participants from Asian countries will often select the monkey and the banana, because they belong in the same environment and share a relationship (monkeys eat bananas). This is a holistic thinking style, in which object and context are perceived to be interrelated.

In a classic demonstration of cultural differences in thinking styles, Takahiko Masuda and Richard E. Nisbett presented participants from Japan and the United States with a series of animated scenes. Each lasting about 20 seconds, the scenes showed various aquatic creatures, vegetation, and rocks in an underwater setting. In a subsequent recall task, both groups of participants were equally likely to remember salient objects, such as the larger fish. But the Japanese participants were better than the American participants at recalling background information, such as the color of the water. In his 2003 book, The Geography of Thought: How Asians and Westerners Think Differently ... and Why, Nisbett explains that the holistic mode of thinking tends to focus on background and context just as much as foreground. This principle accounts, too, for Masuda and Nisbett’s observation that in the experiment just described, the Japanese participants “recognized previously seen objects more accurately when they saw them in their original settings rather than in . . . novel settings, whereas this manipulation had relatively little effect on Americans.”

Because it is clear that cultural differences can affect something as fundamental as memory, any theory that attempts to describe seemingly universal thought patterns should take possible cultural influences into account. Numerous studies have shown that cultural differences in thinking styles are pervasive in cognition and that they affect memory, attention, perception, reasoning, and even how we talk and think.

If you were asked to describe yourself, what would you say? Would you list your personal characteristics, such as being intelligent or funny, or would you use preferences, such as “I love pizza”? Or perhaps you would instead mention social relationships, such as “I am a parent”? Social psychologists have long maintained that people are much more likely to describe themselves and others in terms of stable personal characteristics than they are to describe themselves in terms of their preferences or relationships.

However, the way people describe themselves seems to be culturally bound. In a landmark 1991 paper, social psychologists Hazel R. Markus and Shinobu Kitayama put forward the idea that self-construal is culturally variant, noting that individuals in some cultures understand the self as independent, whereas those in other cultures perceive it as interdependent.

With more research, we may well find that cultural differences pervade even more areas in which human behavior had been thought of as universal.

Groups bind, obligate, and guide individuals. Harmonious functioning with social entities is crucial, but the individual sees it as natural to comply. Interdependent self-construal is more prevalent in Asia, Latin America, and Africa. Such differences have also been found by Steven Cousins in a comparative study of Japanese and American college students, and by Vaunne Ma and Thomas J. Schoeneman in research in which they compared American college students both with Kenyan college students and with Kenyan peers at work in various parts of the country. The differences in the ways individuals view themselves are pervasive and have been linked to differences in social relationships, motivation, and upbringing.

Interestingly, the difference in self-construal has been demonstrated in the innermost recesses of the mind, at the level of the brain’s physiological activity. In a study using functional magnetic resonance imaging (fMRI), Chinese and American participants were shown different personal trait adjectives and were asked while being scanned how well these traits represented themselves. They were also asked to think about how well the trait adjectives represented their mother (the mothers were not in the study). American participants showed a clear difference in brain responses between thinking about the self and the mother in the medial prefrontal cortex, a region of the brain typically associated with self-presentations. However, in Chinese participants there was little or no difference between thoughts of the self and thoughts of the mother, suggesting that self-representation shares a large overlap with the representation of the close relative.

Another domain that was originally dominated by studies of WEIRD samples is mental health. However, culture can affect our understanding of mental health in different ways. Because of the existence of cultural differences in behavior, the conceptual framework—based on detecting deviant or nonnormative behaviors—isn’t complete. What may be seen as normal in one culture (for example, modesty) could be seen as deviating from the norm in another, and might even be treated as a disorder or a social phobia.

In addition, a number of culture-specific syndromes have been identified. Koro, which is found mostly in Asia, is the delusion on the part of a man that his genitalia are retracting in a sign of his imminent death, and that when his genitalia disappear entirely, he will die. Another fearful condition is hikikomori (reported mostly in Japan), a compulsion to withdraw from social life, to the extent of becoming psychologically trapped in one’s bedroom. In Mexico and parts of Central America, it is thought that a glance or a glare from someone with mal de ojo (the evil eye) can bring on illness or cause a valuable object to be broken. The person with the evil eye is believed to be more powerful than the victim and to be acting with malign intent or envy; but even a look of admiration from someone with mal de ojo can cause harm. Special practices, such as those known to a curandero, or faith healer, may be needed to avert the suffering.

The existence of such culture-bound syndromes has been recognized since the early 1990s by the World Health Organization in its ICD-10 Classification of Mental and Behavioural Disorders and more recently by the American Psychiatric Association, as some of these syndromes have been included with their respective classifications of mental illnesses.

Clearly culture has a massive effect on how we view ourselves and how we are perceived by others—we are only just scratching the surface. The field of cross-cultural psychology is increasingly being taught at universities across the world. The question is to what extent it will inform psychology as a discipline going forward. Some researchers see this line of inquiry as an extra dimension of psychology, whereas others view it as an integral and central part of theory-making.

With more research, we may well find that cultural differences pervade even more areas in which human behavior had been thought of as universal. But only by knowing about these effects will we ever be able to identify the core foundations of the human mind that we all share.

This article is expanded from one that was published on The Conversation, theconversation.com. 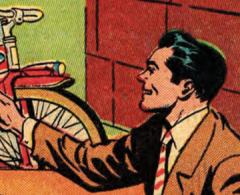