Editor's note: The sugar-substitute trial ended in a settlement (terms not disclosed) on May 11, after the jury announced it had reached a verdict. News reports speculated that the jury's decision would have been favorable to Equal's claims against Splenda.

As I write this, a Philadelphia jury is learning some chemistry as it ponders a lawsuit brought by the makers of Equal (Merisant) against Splenda's manufacturers (McNeil Nutritionals). The jury members will also be probing our attitudes toward the natural and the unnatural, parsing words and getting at the essence of advertising. 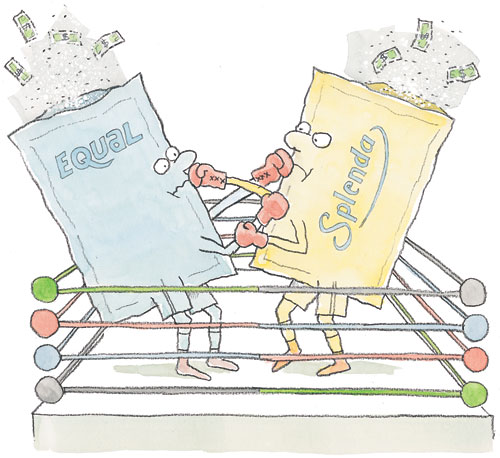 It's about money, of course: the $1.5 billion market for artificial sweeteners. Equal's share of the market has fallen; Splenda's has risen dramatically, to 62 percent of the U.S. market. Equal's Merisant accuses Splenda's McNeil Nutritionals of gaining its edge by misleading consumers into thinking Splenda was somehow natural. Splenda's ads say "made from sugar, so it tastes like sugar."

First the facts: Ordinary "sugar," whether from sugar cane or beets, is sucrose, whose structure is shown on the facing page. Equal's active ingredient, aspartame, has a clearly different molecular structure from sucrose. Why it tastes sweet (much sweeter per gram than sugar), or to state it a different way, how artificial sweeteners work their biochemical legerdemain on our taste buds … that is a fascinating story. We now know the receptors involved and understand roughly how it can be that the receptor proteins respond to the diversity of chemical structures represented in sweeteners. But that story is not for here.

Splenda's active ingredient is sucralose. The molecule closely resembles sucrose, and indeed much of McNeil's sucralose is made from sucrose. It can also be made from other types of chemicals, as McNeil's patents carefully specify. To a chemist, sugars (saccharides) are not one molecule but a loosely defined family of carbohydrates that can form rings of varying size, each incorporating one oxygen atom and sporting a variety of hydroxyl (OH) groups. Sugars may also be short chains of such rings—see the two rings in sucrose. Not all members of the family are sweet.

When sucralose is made from echt sugar, sucrose, its metamorphosis takes place when simple chemical reactions add three chlorine atoms to sucrose, replacing three OH groups. The result, officially, is 1,6-dichloro-1,6-dideoxy-ß-D-fructofuranosyl-4-chloro-4-deoxy-a-D-galactopyranoside. It is 600 times sweeter (per gram) than sucrose.

The Same and Not the Same

I've written a book by this title. In chemistry, small differences matter. The compound d-carvone smells like caraway or dill; its mirror image smells like spearmint. Chlorine gas, Cl2, is nasty stuff biologically; chloride ions are necessary in our bodies. HOH is water; HOCl is hypochlorous acid, whose sodium salt is common bleach; HOC2H5 is ethanol. The difference between pseudoephedrine, a decongestant, and methamphetamine, an addictive drug, consists of just two atoms—easily, all too easily, taken away from the decongestant molecule.

A chemical transformation leading to minor changes in chemical structure often, not always, results in a major change in chemical properties. And it really doesn't matter what the starting point of a synthesis is; the biological properties of a molecule are determined by the molecule itself—the atoms in it and the way they are bonded to one another, its flexibility and shape.

Neither the exceeding sweetness of aspartame nor that of sucralose is related to the sweetness of sucrose; they are consequences of the arrangements of atoms in these molecules and how the molecules bind to the sweet-receptor proteins in our taste buds. Incidentally, these are hardly the most potent sweeteners. The world record is now held by members of an interesting chemical family, the guanidinoacetic acids. Some of these are 200,000 times as sweet as sucrose.

A seemingly different but related concern is worked out, sideways, on the Splenda Web site. Some people are upset by the proliferation of organic chlorine compounds in our environment—the insecticide DDT and industrial chlorofluorocarbons and PCBs are chief sources of worry. Sucralose is, of course, a chlorinated organic. Its manufacturer tries to deal with this concern preemptively in the Web FAQ section: "Chlorine is present naturally in many of the foods and beverages that we eat and drink every day ranging from lettuce, mushrooms and table salt." Quite true. Another argument that could have been made—that selective chlorination changes sucrose essentially, so that the properties of sucralose may not at all resemble those of sugar—would not fit in with Splenda's advertising.

One way to view advertising is that it represents the best psychology, visual art and poetry that money can buy to cater to the internal illogic of our minds. We want it sweet (otherwise, why buy sweeteners?), but we don't want sugar's calories. But oh, do we want the quintessence of sugar, its natural goodness. The advertisements for Equal say it "has a sweet, clean taste, like sugar," or just "tastes like sugar." The advertisements for Splenda say "made from sugar, so it tastes like sugar."

A poet should be happy, for here significance is condensed into just a few words—the causal "so," the generative "made of sugar." What calling up of resonances, what evocation of innocent childhood pleasures, of cotton candy! Never mind that the change in properties upon simple chlorine substitution is enough to make sucralose noncaloric. It holds no calories because it is not metabolized. (Actually, studies point to a maximum of 15 percent metabolism, so it does have a few calories. The FDA allows a manufacturer to say "none" when the amount is small.) That's quite a difference from sugar: a molecule modified to the extent that it can fool that supremely efficient machine for turning most anything ingested into atoms, bonds, and energy.

It's having your sweetness, and eating it too; "food" rather than food. It may well be that sucralose sells better because it tastes more sugar-like than aspartame. But as Terry Acree, my colleague, and a student of taste chemistry asks, could you imagine Splenda's advertisements saying simply and honestly, "stimulates the taste buds just like sugar"? No, that won't do. It is clear that Splenda's makers and their advertising agency could not forgo the psychological advantage of manipulating our vulnerable minds with causal chemical logic (it's okay, I love us anyway), of evoking a caries-free, calorie-free yet sugary fantasy. As the market demonstrates, the strategy works.

Essential transformation (sucrose to sucralose) came up in another legal case, one in which I was peripherally involved. It had to do with olive oil, and was at heart a "country of origin" issue, a question of the conditions under which you could label a product "Made in Italy." 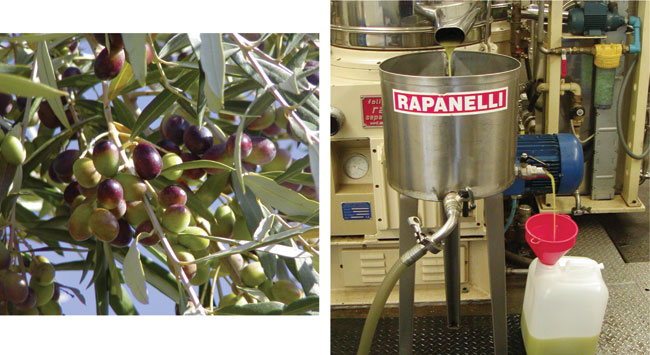 Olive oil comes in many grades. You know extra-virgin, the highest grade from the first pressing, but let me tell you about the worst from the last. After repeated extractions, one can get from skin, pits and flesh the last bit of oil. It is a foul-looking, smelly, unhealthy oil called "lampante." The name tells its story—it was burned in street lamps in years past. Lampante can be processed so that it becomes clear and free of health problems. A leading Italian manufacturer of olive oil, with a big U.S. market, bought lampante (very cheaply of course, of course) in country X, brought it to Italy, cleaned it up and added a smidgen of Italian olive oil. And wished to label it as "Made in Italy." This designation carries a real premium in the restricted American olive oil imagination; French and Spanish producers of superb oils grind their teeth about that.

U.S. Customs, in charge of such matters, objected. Last I heard, the matter was headed for Customs Court. My help was enlisted as a potential expert witness. In the end I did not testify, but before I took the problem on, the lawyers for the olive-oil company acquainted me with the body of "country of origin" law. What I read made a chemist's heart leap.

The Courts Know Their Chemistry!

The actual cases that I learned of were as diverse as the world could make them. For instance, in Koru North America v. United States, fish were caught near New Zealand and "beheaded, detailed, eviscerated, and frozen" at sea. They were then unloaded in New Zealand and shipped to Korea for "thawing, trimming, glazing, refreezing, and packaging." The court ruled that Korea was the country of origin, because the creation of a filet in that country was deemed to be a substantial transformation. 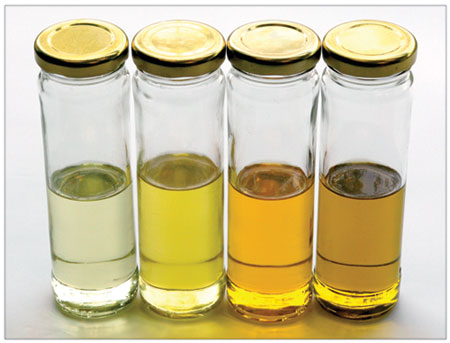 Moving closer to the olive-oil story, I read of one case in which Australian raw sugar was refined in Canada and another where crude foreign honey contaminated with "beeswax particles, bee fragments, wood particles, pollen, propolis, and dirt" was cleaned up in the U.S. Both were judged not to be substantial transformations.

Another case, now of a bona fide substantial transformation, was one of acetic acid from the U.S. that was shipped to Europe, chemically transformed to monochloroacetic acid, and then "imported" back to the U.S. The product was—correctly—ruled to have been made in Europe. Of course, the interest of U.S. Customs lies not just in fair labeling; import taxes and duties depend (in a less-than-logical way and subject to Congressional whims) on the country of origin.

All in all, I loved it—here was a court saying chemical change was essential change! And although I did not like the olive-oil company's advertising at all, once I looked at the complex processing of lampante, I could testify to the nature of the change. For not one but several key steps in that processing involved chemical transformation: neutralizing undesirable fatty acids (in a time-honored process called saponification; that's how soap is made), precipitating heavy metals as hydroxides, decomposing nasty peroxides, modifying sterols, isomerizing fats, transforming chlorophylls and carotenes into colorless derivatives. Yes, physical processes were also important in cleaning up lampante; nothing is simple. But while advertising will be advertising (as in the Equal v. Splenda case), the law is in reasonable accord with science: The consequence of chemical change is essential transformation.

Thanks to Edyta Brzostowska for some research related to this article, to Terry Acree for a comment and to Michael Shor for a legal point. 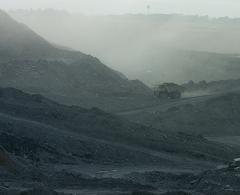