Astronomers have had great success finding planets orbiting other suns (so-called exoplanets), with nearly 300 such bodies detected to date. But they have yet to find definitive evidence for an exoplanet suitable for the development of life. Such a world would orbit within its star's habitable zone, the region in which the surface temperature should be just right for liquid water and an atmosphere. The problem is that with current search techniques, such planets would be difficult or impossible to detect. 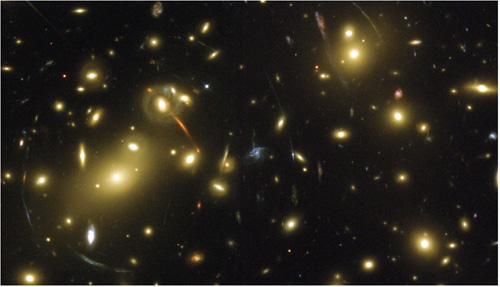 Astronomers discovered the vast majority of known exoplanets using the radial-velocity method, whereby they look for subtle shifts in the spectrum of a star's light as it is pulled back and forth by another body in orbit. Because the effect is more easily detected when the planet is massive and in a close orbit, most of the planets are of a type known as hot Jupiters—gas giants in orbits so near to their stars that any water present would immediately vaporize. A second method watches for the dimming of a star when its planet passes in front of it. These transiting planets also tend to be large and close in, those being the kind that will block the star's light most noticeably. A handful of planets have also been detected through direct imaging, but only in cases where the star is very dim, the planet very large and the orbit very wide; a habitable world is unlikely to be discovered in this way.

The most promising method for finding Earthlike planets may be one that exploits a phenomenon called gravitational lensing, which occurs when massive objects, such as stars, planets or entire galaxies, cause light to bend around them. Examples of strong gravitational lensing tend to be quite striking: One sees multiple images of a single star or galaxy in the background of the massive object. Strong lensing can also create dramatic images of giant arcs as the light from distant galaxies is multiplied and distorted—a similar effect can be seen when you look at a candle through the base of a wine glass. Aptly named, weak lensing occurs when images are only slightly distorted, in which case astronomers must tease out the effect statistically.

The most subtle form is called microlensing. Here the background source doesn't visibly change, but its image brightens temporarily, being magnified by a massive object passing in front of it. Its apparent brightness ordinarily should wax and wane in a predictable way over time, but that pattern of peaking briefly in brightness will be distorted if the star causing the microlensing happens to have a planet orbiting it. To date, four exoplanets have been discovered this way, all thousands of light years from Earth and probably unsuitable for life. But at a recent meeting of the American Astronomical Society, Rosanne Di Stefano of the Harvard-Smithsonian Center for Astrophysics announced a new scheme to find potentially habitable planets around nearby stars.

Di Stefano proposes a new kind of lensing search that is, through a geometrical coincidence, optimized to detect planets circling in habitable zones. Dubbed mesolensing, Di Stefano's approach could revolutionize the way astronomers search for other worlds.

Mesolensing distinguishes itself by employing very nearby stars—ideally, closer than 1,000 light years—as lenses for stars in distant star clusters. Just as a magnifying glass held close to your face distorts more of your field of view than one held at arm's length, very nearby stars lens background stars more often. Although the number of stars in our celestial neighborhood is small, the higher likelihood that they will distort objects in the background make them very effective lenses. And the distortion in the brightness peak that comes from the intervening star having a planet may be much more dramatic than that with ordinary microlensing. Di Stefano and Harvard graduate student Christopher Night have found that in some cases, astronomers might even be able to detect the planet's motion in its orbit. The most exciting aspect of mesolensing, though, is its sensitivity to planets in habitable zones.

It turns out that mesolensing is strongest when planets orbit at a separation known as the Einstein radius, which is a function of the mass of the lensing star and its distance. "There's a very nice coincidence," says Di Stefano, "the estimated size of the orbit in the zone of habitability is close to the Einstein radius." So the bulk of the planets detected using this method could be suitable for life and near enough to allow detailed follow-up observations. Also, guided by catalogs of nearby stars and their motions, astronomers could predict future mesolensing events, which would be a first for the field. "Targeted lensing observations are a new frontier," says Di Stefano. With traditional microlensing, astronomers had, literally, to wait and see.

Although a targeted search for mesolensing events is years in the future, data from previous surveys can be examined immediately. The Optical Gravitational Lensing Experiment (OGLE) may have detected several mesolensing events already, but because no system was in place to watch specifically for lensing at the positions of nearby stars, follow-up studies may not have been sufficient to find the signatures of planets.

Andrew P. Gould of the Ohio State University is, however, skeptical: Our stellar neighborhood may not contain enough stars to make mesolensing practical. But Di Stefano notes three events were already detected serendipitously.

The fact that the habitable zone is a mesolensing sweet spot is nothing more than a happy coincidence. But by exploiting it, Di Stefano's method has the potential to bring predictability to the search for new worlds that might support life—a pursuit too important to be left to chance. 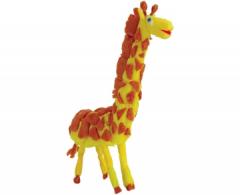