If Not for Plants, Could Rivers Bend?

For decades, the Canadian geologist Martin Gibling has been intrigued by the tough-to-prove hypothesis that land plants created the shape of modern rivers hundreds of millions of years ago.

Plant roots reinforced the ground, the thinking goes, creating stable banks that funneled what once were wide, shallow water flows into narrower and deeper channels. By extension, that set the stage for lots of significant Earth history events, including the rise of human civilizations in modern river basins so many millennia later. 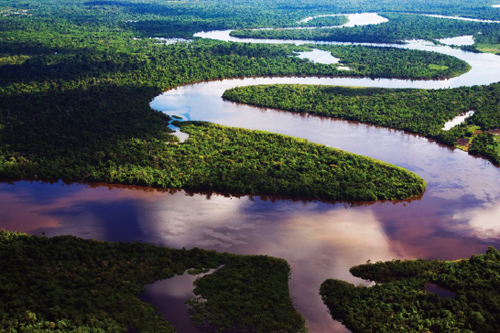 Now Gibling and postdoctoral scientist Neil Davies, both at Dalhousie University, have strengthened this case. When the pair compared a much-improved plant fossil record with evidence of how rivers changed very long ago, the transitions matched up.

“As soon as the plants got a foothold on land and rooted vegetation started, that changed the landscape. Basically plants engineered that landscape as they evolved,” says Davies. He and Gibling have published the findings in both Geology and Earth-Science Reviews.

Back in the Cambrian period, which ended some 500 million years ago, the geologic record indicates that rivers were very shallow but wide things, almost floods that allowed rainwater to wash from largely barren solid ground to sea. Deposits left behind were preserved as sheets of coarse grains, some of which suggest these rivers were 1,000 or more times as wide as they were deep.

“There is probably nowhere on Earth where rivers form the way they did before vegetation,” Gibling says.

But by the time of the Silurian- Devonian boundary, some 420 million years ago, the picture found in preserved sedimentary rock changes. The blankets of unconsolidated sediment found in earlier river deposits appear less frequently. It happens just as evidence of land vegetation with root systems also expands in the rock record.

In addition, more complex and diverse river remains emerge, including more traces of mud, probably due to the enhanced chemical weathering that plants assist; smaller-sized sand grains; and samples of organic remains. Significantly, shapes shift too.

Organized deposits become visible in the remains of highly sinuous, single-thread channels. Evidence of lateral accretion—the digging away of material at the outer bends of a river and the simultaneous deposition of material at the inner bends—is more abundant.

There is also variation that appears to be related to the local climate during the times that the rivers flowed. “Before plants evolved, it didn’t matter if a river was in a polar region, a temperate region or an arid region, the rivers looked the same. Later you find differences,” says Davies, who devoted two and a half years to this project.

Edward Cotter, a geologist long on the faculty of Bucknell University, was among the people arguing 30 years ago that rivers went through a big transition during the same period that Gibling and Davies emphasize. He observed it in sedimentary rocks in the central Appalachian Mountains dating from 450 to 250 million years ago. But unlike Gibling and Davies, he had limited evidence with which to extrapolate globally from his observations.

“They had a much richer database. They have a much healthier understanding of how rivers run. They went around to different parts of the world and looked with their own eyes,” says Cotter, whose research Gibling and Davies cite in their publications.

Using funding from the Canadian government, Davies and Gibling reviewed 144 published reports describing river sediment preserved in the rock record, dating from the Cambrian to the Devonian, to build their case. They visited 34 spots themselves in North America and Europe. And they scrutinized experimental results.

One laboratory finding that impressed Gibling was achieved at St. Anthony Falls Laboratory at the University of Minnesota. Working in a tank, researchers there described how vegetation—in this case alfalfa sprouts that were allowed to germinate on banks—transformed a channel that flowed between multiple sandbars into one that self-organized into a single- thread channel.

“The strength of the roots of alfalfa was enough to completely change the whole pattern. That generated a meandering river with banks that migrate and are erosion resistant,” Gibling says.

Dov Corenblit, an associate professor at the University of Paris who describes himself as a biogeomorphologist, says Davies and Gibling have delivered more than just insight into the history of rivers. They have expanded evidence that the biotic and abiotic features of this planet influence one another.

Their findings “may be considered significant progress in the comprehension of one of the most critical phases in the coupling between physical and biological processes on Earth,” Corenblit says.

The Dalhousie University geologists aren’t done. They want to explore whether any of the periodic mass extinctions experienced on Earth might have affected the shapes of rivers as well. They are scouring the literature for changes preserved from the end of the Permian, when a lot of plant life was wiped out.

“We’ll look to see if rivers reverted to the older form,” Davies says. 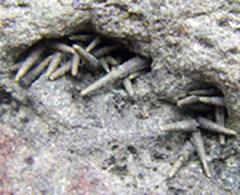