Seeing our galaxy in 3D solves modern and ancient mysteries.

Since the autumn of 1609, when Galileo Galilei first looked at the Milky Way through a telescope, we’ve known that we live in a flattened distribution of stars, but not until the 20th century did we learn that our galaxy is but one among many.

Ironically, knowledge about our own galaxy—its form, size, and dynamics—has been hindered by our location deep within it—it is as though we were trying to infer the size of a forest from the porch of a log cabin in its midst. Only now, after centuries of efforts at gaining perspective, is the picture of our galactic home snapping into focus.

The reason for this sudden advance is the Gaia space telescope, launched by the European Space Agency in 2013, which is currently building up an astrometric and photometric data set of staggering size. The Gaia science consortium is transforming those data into the greatest map ever made of our galaxy and our stellar neighborhood—the first three-dimensional picture of our corner of the cosmos. Even though I’ve worked on Gaia since its inception in the late 1990s, its measurements can still blow my mind. 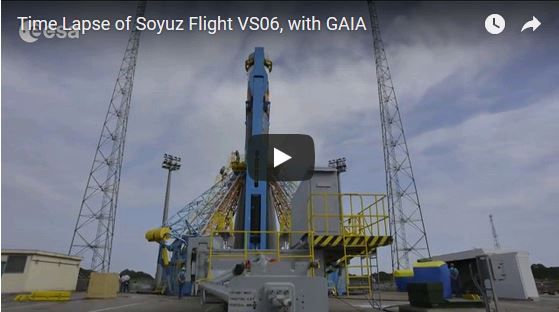 During the past century significant progress in mapping the Milky Way was achieved by using wavelengths unaffected by the obscuring effects of dust at optical wavelengths. With radio waves, for instance, we can see the gas throughout the Milky Way; at infrared wavelengths, we can see dust and stars. But such studies lacked an important third dimension: distance.

Gaia can infer distances by measuring parallax, the apparent annual back-and-forth movement of stars due to Earth’s changing perspective as it goes around the Sun; the farther away the star, the smaller the movement. The latest Gaia data release contains parallax measurements for more than 1.3 billion stars, with errors as small as 50 microarcseconds—the equivalent of seeing a human hair from a distance of 500 kilometers. 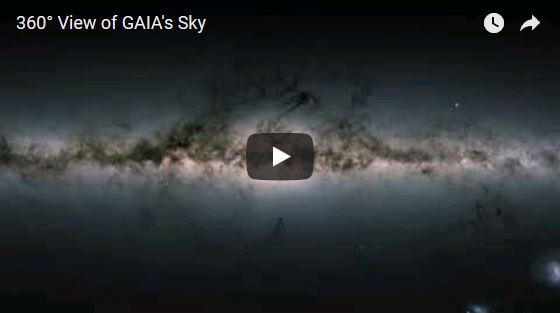 This data set, in itself, would be enough to fuel a revolution in our understanding of the Milky Way. An analogy would be going from knowing your neighborhood to having a map of your entire metropolis, for the first time, with “you are here” marked on it. Gaia has given us this map. But Gaia gives us more—much more.

Gaia is also taking extremely precise measurements of the brightness, colors, and apparent motions of, again, more than a billion stars—a stellar census on a grand scale. By combining all these measurements, we are beginning to not only map our home galaxy, but also we are starting to understand its dynamics and clues to its formation.

Gaia is most celebrated for the way it observes parallaxes to derive distances, but these data become even more valuable when taken together with the measured motions of the stars. Let’s consider the subset of about 7 million of the brightest stars that have well-determined line-of-sight velocities (the amount of motion toward or away from the Sun). For these stars, we can derive not only their positions, but also the speed and direction at which they are moving through space.

Astronomers have long debated the exact shape of our galaxy. At the broadest level, Gaia’s observations of stellar motions allow us to see that the Milky Way is not a simple disk of stars rotating about the center; rather, as we have long suspected, it is a spiral galaxy. Theoretically, we knew that there must be large-scale streaming motions associated with our galaxy’s spiral structure, but now, for the first time, we can map these motions over large distances. Indeed, it is easier to see the Milky Way’s spiral structure in Gaia’s velocity maps than in maps of the positions of stars alone. However, Gaia is doing more than confirming our expectations. A close inspection of these stellar streaming motions shows that they are consistent with the two-armed spiral structure indicated by observations in the near-infrared region of the spectrum, rather than the four arms suggested by observations of young stars.

Another first for Gaia has been the detection of systematic stellar motions vertical to the galactic disk, consistent with the long-known fact that the outer portions of our galaxy are not flat, like a dinner plate; but rather the disk has a warped shape. Detecting these vertical motions is important for solving the puzzle of why our galaxy is warped. There have been many different theories about what could have caused the warp, and some of the proposed causes—such as disruptions caused by magnetic fields or infalling gas—are not simple gravitational effects. Nonetheless, data from Gaia show that the vertical motions are the same for old and young stars, which supports theories that explain the warp as a gravitational effect.

Gaia’s precision makes it possible to map velocities to much greater distances than were accessible before. We are also able to see details in the velocities of nearby stars at levels of precision that have never been seen before. Here, Gaia has revealed some surprises. On small scales, astronomers have typically thought of the motions of stars in the Milky Way as being similar to the random motions of gas molecules (with the important exception that stars practically never collide with one another). Such a picture implies that the distribution of velocities on small scales should be fairly simple. Gaia’s predecessor, the Hipparcos mission, put a dent in this simplified vision of stellar motions, but Gaia has completely blown it out of the water.

The Gaia data show us even more complex structures in the stellar motions than were revealed by Hipparcos. Excitingly, these structures imply resonances galore due to the spiral arms and the inner bar-shaped structure of the Milky Way, and they even indicate that the disk of our galaxy may have received a “kick” in the past few hundred million years, likely from a passing satellite dwarf galaxy. Similar to a thrown rock creating ripples in a pond, a small galaxy passing near or right through ours creates a powerful resonant disruption.

No longer do we need to rely on crude models of the Milky Way as a simple disk of rotating stars. Astronomers now have the tools to figure out how passing galaxies, huge density waves, and clumps of unseen matter have shaped the evolution of our galaxy and will continue to influence it in the far future.

Gaia’s data provide an ongoing list of amazing measurements. For instance, Gaia is able to gauge the rotational motion in other neighboring galaxies, such as the Large Magellanic Cloud, and even in the much more distant Andromeda galaxy. Space is so vast that these galaxies appear static to us, even across an entire human lifetime. But Gaia’s extreme precision is setting the universe in motion before our eyes.

Closer to home, Gaia can measure the apparent motion of globular clusters— spherical groupings of hundreds of thousands of stars—and the motion of the flock of dwarf galaxies that orbit the Milky Way. By combining these measurements with studies of the objects’ velocities along the line of sight, we are beginning to make more accurate estimates of the mass of our galaxy.

Essentially, the more massive the Milky Way, the faster its satellite galaxies and globular clusters must orbit around it. A computational complication arises from the fact that the mass of the Milky Way is not concentrated at the center, but instead extends from the center to distances far beyond our location, even beyond these satellites. Also, some of the satellite galaxies might be interlopers that are encountering the Milky Way for the first time, in which case they could be moving much more quickly than an object in a stable orbit. Nevertheless, measuring the orbital motions of many globular clusters and satellite galaxies at different distances and directions could allow us to reconstruct the mass distribution of the Milky Way on the largest scales. Gaia’s information already indicates that the Milky Way is 10 to 20 percent bigger, in terms of mass, than astronomers previously thought.

Additional constraints on the mass distribution of the Milky Way can be derived from Gaia’s measurements of the motions of stars in structures called stellar streams: the remains of small galaxies that the Milky Way has swallowed whole. Tracking these streams allows astronomers to retrace the history of how our galaxy has grown by absorbing its smaller neighbors. The stream motions also provide another way of weighing our galaxy and mapping its hidden structure. The most recent Gaia data release started a hunting season for previously undiscovered stellar streams. Details never seen before in these streams may even reveal how dark matter is distributed in and around the Milky Way.

Gaia is showing not just how the Milky Way works as a whole, but how it was formed, using an approach called galactic archaeology. To reconstruct our galaxy’s past, researchers combine Gaia data with data from spectroscopic surveys that can measure the relative ratios of elements in the atmosphere of stars. Stars that formed from the same material will have similar element ratios in their atmospheres, so the spectroscopic surveys allow us to chemically tag individual stars that might have a common origin. Meanwhile, Gaia’s astrometric data tell us how stars with similar chemical tags are moving. The synthesis of astrometric data and spectroscopy, together with our knowledge of how stars evolve, even allows us to estimate the ages of individual stars.

Essentially we must put all this information together, deconstruct the Milky Way into smaller pieces (such as the stellar streams), then put the Milky Way back together in the right order. That’s galactic archaeology.

In a major advance in our understanding of the formation history of the Milky Way, Gaia data have yielded clear evidence that a relatively large satellite galaxy—on the order of the size of the present- day Magellanic Clouds—collided and merged with the young Milky Way some 8 to 10 billion years ago. The stars of this impacting satellite galaxy have since spread throughout the inner halo of our galaxy, filling much of the sky, but they are slowly rotating in a direction opposite to that of the rest of the galaxy. That is, this part of the Milky Way rotates backward as the result of a major collision with our galaxy long ago.

At the time of this merging event, the disk of the Milky Way was significantly smaller than it is today, and it was only about five times larger than the impacting galaxy. Such a large merging event almost certainly had a major effect on the stellar motions in the early Milky Way by kicking the stars out of the young, relatively thin, disk into a vertically puffed-up distribution.

With Gaia’s major data release in April, this year might be remembered by future astronomers as the year of the Milky Way. But Gaia data will also improve our understanding of stellar evolution and additionally will produce a new catalog of exoplanets, a vast census of supernovas and quasars, a survey of dim bodies in the outer Solar System, a refined measurement of the cosmic distance scale, and new tests of general relativity.

We are seeing just the beginning of a revolution in galactic studies, for we have only begun to scratch the surface of the current Gaia dataset—and many more data lie ahead. Another major data release is scheduled for late 2020, and the Gaia mission is scheduled to continue until at least 2022. The future looks bright as Gaia continues to scan the heavens, sending new data to Earth. With these new observations, our knowledge of the position, motion, and brightness of the stars will continue to improve, leading to further discoveries on a galactic scale. 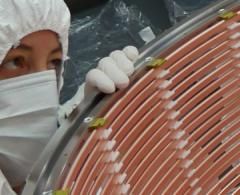