Despicable, Yes, but Not Inexplicable

When A Natural History of Rape: Biological Bases of Sexual Coercion was published nearly a decade ago, a lot of people were angered by its claims. The authors, Randy Thornhill and Craig T. Palmer, contended that rapists were men with limited social skills or limited mating opportunities who were carrying out a Pleistocene-engineered program that dictated that any attempt at procreation was better than none at all. Scholars, including myself, heaped criticism on the book because almost nowhere in it did Thornhill and Palmer present any empirical data in support of their view. And many people took exception to the assertion that rape might be better considered an act of attempted reproduction than one of violence, as it is widely understood to be.

Sexual Coercion in Primates and Humans, a fine new volume edited by Martin N. Muller and Richard W. Wrangham, replaces hand-waving with hypothesis testing and should be much better received. The contributors’ focus is on sexual selection—in the form of observed patterns of sexual coercion in nonhuman primates—and its implications for the evolution of human behavior. 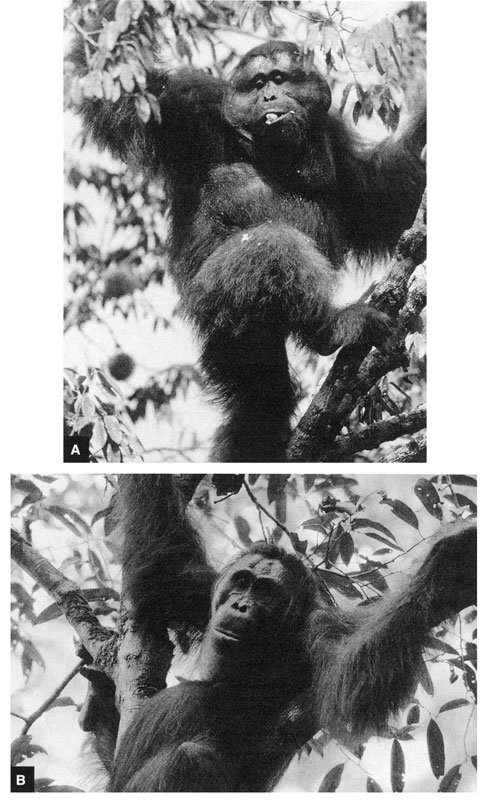 Sexual aggression by males toward females is widespread among social mammals. In the first article in the book, Muller, Sonya M. Kahlenberg and Wrangham define terms in order to establish “a basic taxonomy of coercion.” Direct coercion, which “involves the use of force to overcome female resistance to mating” and is taxonomically widespread, may take the form of forced copulation, harassment or intimidation. Indirect coercion, which is more common, is meant to make it less likely that a female will mate with other males; it may take the form of herding (using aggression toward females to separate them from other males), punishment (physical retribution toward females who associate with other males), or sequestration (forceful separation of females from the group). When a male chimpanzee attempts to monopolize a female while she is ovulating, that is sexual coercion. When a male baboon (usually one that is new to the group or newly dominant) harasses or kills the infant of a female in the group (to shorten the period during which she will be sexually unavailable because she is lactating), that is another form of sexual coercion; the mother is harmed reproductively rather than physically. Sexually coercive males are not just attempting to have sex with particular females, they’re trying to control female sexuality in general.

The science that allows us to understand sexual coercion by males is drawn directly from Darwin’s own work on sexual selection. There is, however, another layer here, because of course one cannot talk about the evolution of sexual aggression in male primates without pondering the social consequences of the same behavior in our own species. Are domestic violence and sexual assault simply human homologues of the same conduct seen in chimpanzees and baboons? Many social scientists bristle at this suggestion, with its invocation of biological determinism. This volume’s authors, many of them female researchers, do an excellent job of sensitively exploring the boundary between phenotype and environment that is the stuff of which human behavior is made.

The book is divided into four sections. The first covers the ideas that serve as the theoretical basis of the volume. Here the contributors review the most widely accepted explanatory hypotheses from an evolutionary perspective. Coercive males may seek mating access through intimidation. They may seek advantages in feeding competition, or they may be engaged in an intersexual struggle for social dominance. They may coerce as part of a mate-guarding strategy, to maintain reproductive control. Sexual coercion might even be redirected aggression between males, in which the stress of male competition leads males to vent their frustrations elsewhere.

The second section consists of a series of papers describing patterns of male sexual coercion among nonhuman primates. Richard C. Connor and Nicole L. Vollmer compare the behavior of male chimpanzees with that of male bottlenose dolphins, which serve as a useful out-group for understanding the evolutionary forces molding male aggression toward females. Male bottlenose dolphins are well known for their alliances, their group coercion of females and their generally nasty behavior toward unrelated dolphins. All these traits are prominent features of chimpanzee society, and some would argue that they are features of many traditional human societies as well.

Muller, Kahlenberg and Wrangham present the evidence regarding male chimpanzee sexual coercion that led them to organize the symposium on which the book is based. Because female chimpanzees rarely put up strenuous resistance, sexual aggression is not as physically violent in chimpanzees as it can be in humans. But harassment and physical intimidation occur, especially on the part of low-ranking males who seek to coerce reluctant females into mating despite the fact that those females risk being punished with aggression by higher-ranking males. The authors’ analysis of the ways in which male chimpanzee aggressive behavior may constrain female sexuality is insightful and introduces themes that will be taken up again in the next section.

Perhaps the most revelatory paper in the second section is by Cheryl D. Knott, describing her research on the widely reported but little-documented occurrence of forced copulation in orangutans. Knott uses field data from a variety of sites to test various hypotheses. She shows that, contrary to time-honored belief, “rape” is not a mating strategy practiced solely by unflanged male orangutans (that is, those who have not yet developed protruding cheek flanges, which signal dominance and are accompanied by high testosterone levels); rather, it is employed generally in the species. However, female orangutans (unlike female mammals of other species who are objects of male aggression) are almost never physically injured in such mating attempts. Knott argues that most mating between orangutans involves elements of both cooperation and resistance. Male orangutans (unlike male humans and chimpanzees) do not use coercion as an indirect way of controlling female sexual behavior. Knott concludes that “resisted mating” might be a more appropriate term than forced copulation for what happens between orangutans, noting that the level of force involved reflects the female’s level of resistance. The likelihood of direct sexual coercion in any species will be strongly influenced by both a male’s ability to obtain matings by force and a female’s ability to avoid forced mating.

The most compelling contribution in this section is a paper by Melissa Emery Thompson, who argues persuasively that most rapes are not committed by lonely, socially maladjusted men, as Thornhill and Palmer imagined. Instead, rape is a crime most often carried out by men who are sexually experienced and connected to the victim in some way. This changing view of rape is no doubt a reflection of better reporting of crime statistics. That in turn is a result of society having begun to take a more expansive view of such criminal acts, which women of earlier generations might not have been willing to report due to fear of social stigmatization. It should not surprise us that acquaintance rapists far outnumber stranger rapists, nor that the modus operandi of sexual assaults differs in the two different contexts. Acquaintance rapists are not necessarily pathological in other social contexts; they rarely resort to the levels of physical force or violence that stranger rapists employ. All this, Thompson argues, should contribute to a view that acquaintance rape accords with evolutionary perspectives about the rationales for male dominance over and control of female sexuality. And as Thompson puts it, even if an evolutionary perspective does not help us understand how to prevent sexually coercive behavior, “it may give us a clearer picture of the enormity of the problem we are dealing with.”

Section four concludes the volume with chapters on the counterstrategies employed by females to cope with the risk and the reality of male sexual coercion. A female may form an alliance with one male in hopes that he will protect her from aggression by other males, especially aggression toward her infant. Such “friendships” have been well-known for decades now, but as Ryne Palombit points out in his chapter on baboon protective friendships, it’s not entirely clear how these alliances work. Nevertheless, the data are clear in showing that such friendships do make life safer for females. Tommaso Paoli notes that in bonobos, alliances between females may be the primary factor in discouraging intense male sexual coercion.

The editors of this volume deserve high praise for having avoided the weaknesses to which such collections are prone—the book is uniform in tone, and the papers are all of high quality. There are no polemical rantings here, nor are the contributors concerned with political correctness; the empirical evidence is what matters to them, and their analysis of it is perceptive and nuanced. One obvious quibble is that the book’s title—presumably chosen by someone in marketing—will annoy all self-respecting primatologists with its implication that humans are not primates too. But Sexual Coercion in Primates and Humans is an important work and will be a valuable addition to the bookshelves of specialists and nonspecialists alike.

Craig Stanford is professor of anthropology and biological sciences at the University of Southern California. He has spent many years studying the behavioral ecology and social behavior of wild great apes, especially chimpanzees, and is the author of many books and journal articles on primate behavior and human evolution. He is coauthor with Maddalena Bearzi of Beautiful Minds: The Parallel Lives of Apes and Dolphins (Harvard University Press, 2008). 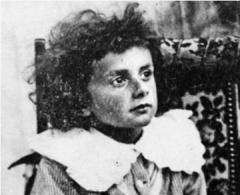