The historian and philosopher Michael Ruse has spent decades explaining the nature of the Darwinian Revolution. The result has been a constant stream of innovative, provocative, informative, witty and entertaining scholarship. No other contemporary writer has Ruse's knack for seamlessly weaving together history, philosophy, theology and science. 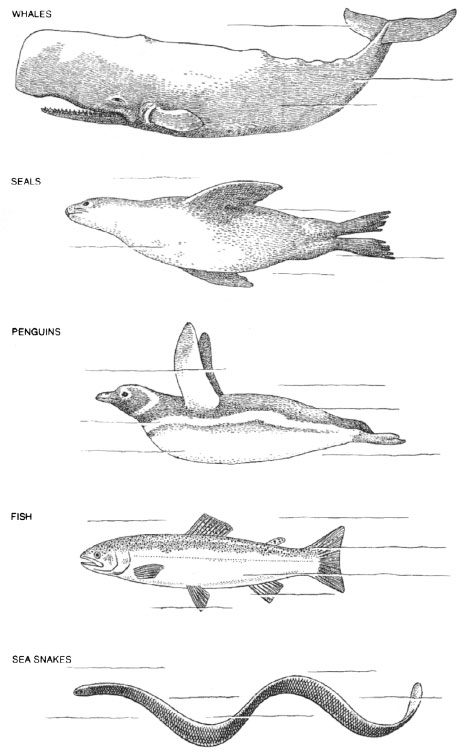 In his latest salvo, Darwinism and Its Discontents, Ruse turns his good-natured pugnacity to a robust and comprehensive defense of the theory of evolution by natural selection as elaborated by Charles Darwin in On the Origin of Species (1859). Ruse's emphasis on Darwinism—which he defines as "natural selection as the chief causal process behind all organisms"—widens the book's scope beyond a conventional critique of creationism. He confronts the full range of people who treat Darwin's theory with suspicion, squeamishness or malign neglect. This includes secular thinkers who would indignantly reject the creationist label but nonetheless, in Ruse's view, "stand virtually back to back with the religious critics" when it comes to natural selection. He also seeks "to defend Darwinism from false (or misguided) friends," those who bastardize or misapply Darwin's ideas to advance their own cultural agendas. This is a book for anyone interested in what Darwinism can tell us—and more important, what it cannot tell us—about such profound and profoundly divisive issues as the literal interpretation of the Bible, the reality of free will, the existence of purpose and direction in the universe, the origin of life, the foundations of human ethical behavior, and the moral and political implications of human differences.

Ruse argues that the unrelenting controversies that cling to evolution reflect its 18th-century origins. Enlightenment thinkers, including Darwin's own grandfather, sought a non-Christian alternative history of creation. Evolution, by wrapping the craving for social and cultural advancement in a narrative of biological progress, fit the bill nicely. Any answers to unresolved scientific questions provided by pre-Origin evolutionary theory were, in Ruse's view, only happy accidents. In that era, conservative Christians were not being paranoid when they interpreted evolution as a dagger pointed directly at their spiritual and cultural authority.

Ruse believes that only with Origin did evolution debut as a fully legitimate scientific theory, one designed primarily to provide rational explanations for the regularities of the physical world, rather than one concerned chiefly with the validation of underlying metaphysical commitments. Darwin had neither the stomach nor the motivation to join fights over worldview, but as he understood acutely, he could never entirely extricate his theory from these battles, as much as he might have wished to do so. Ironically, the more successfully he and his colleagues demonstrated the scientific validity of evolution, the more potent the theory became for extrascientific purposes.

From the moment that Origin became a surprise instant bestseller, Darwin lost direct control over ideas to which his name was (often dubiously) affixed. Although no scientifically literate person rejected evolution by the time of Darwin's death in 1882, acceptance of natural selection as the chief mechanism in evolution remained a minority view among biologists. Natural selection had legitimate scientific problems, suffering most significantly from the lack of any adequate theory of heredity. Nonetheless Ruse believes that the unwillingness, even (or perhaps especially) among many biologists, to employ evolution as straight science stunted its development as a mature causal theory with natural selection at its heart. Natural selection was scientifically resurrected only in the 1930s with the rise of population genetics. Historians argue over aspects of Ruse's interpretation of this history. But he is certainly correct to insist that evolutionists of the 19th century and early 20th century bear much of the blame for the ideological baggage that has complicated Darwinism's place in both science and culture.

One complication is that, for many religious conservatives, evolution in any guise retains the indelible stench of blasphemy, for which creationism is the only fumigant. Most notoriously, some Christians reject evolution on the conviction that Genesis contains a direct and irrefutable eyewitness account of creation. Others have launched a more sophisticated attack on evolution under the guise of intelligent design. That assault is grounded more in a visceral dislike of natural selection's status as a blind, undirected (and value-free) mechanical process than in a commitment to biblical literalism. Natural selection cannot be true, intelligent-design theorists insist, because it is impossible for any blind process to produce integrative adaptive functioning; the only legitimate explanation for the so-called "irreducible complexity" of life is the direct conscious activity of a designing intelligence.

Ruse takes a multipronged approach to these various creationist attacks. First, he fights theology with theology by drawing on a rich nonliteralist tradition stretching back to Saint Augustine in the fifth century. Second, Ruse gleefully demolishes one specific creationist scientific claim after another. He uses the Krebs cycle, for example, to illustrate concisely and convincingly that "irreducibly complex" systems are in fact not "irreducible" at all, except to those suffering under "great ignorance of the way in which Darwinian evolution works."

Ruse's most effective strategy against creationism involves a robust general defense of the scientific method. The criteria for good science do not rest on ideological sleight of hand or arbitrary philosophical preferences (as, in a revealing confluence of agreement, both creationists and certain leftist postmodernists would have us believe) but on proven success in acquiring and organizing knowledge of the natural world. Ruse cheerfully acknowledges that no irrefutable logical reason exists for excluding any fantastical proposed cause relating to the physical operation of the universe. God very well might have directly engineered the bacterial flagellum or created rocks with fossils embedded in them already, but, as far as that goes, John F. Kennedy might have been "a transvestite for whom a substitute was killed in Dallas." But in science, we should categorically reject explanations that are not bound by laws—not because they are necessarily wrong (although available experience strongly suggests that they probably are) but because they are sterile. Science would have long ago ground to an ignominious halt if supernatural causes had become an acceptable part of scientists' explanatory tool kit. All the great scientific discoveries of the past half millennium have only been made because stubborn individuals refused to throw up their hands in the face of seemingly intractable puzzles. In the case of contemporary mysteries—Ruse uses the origin of life as a particularly effective example—it would be not only wrong but irrational to break the methodological embargo on supernatural explanations, given its centuries of success.

Creationist alternatives to Darwinism collapse for nonmethodological reasons as well. Ruse draws heavily on "consilience" (literally, "jumping together"), an idea elaborated by William Whewell, Darwin's favorite philosopher of science. Ruse, following Darwin, agrees with Whewell that the best test of a theory is its ability to unify disparate information within a coherent explanatory framework. Most theories can more or less plausibly account for any single class of evidence. In pure isolation,an evolutionary explanation of the fossil record is not absolutely superior to a creationist one—a situation that, as Ruse notes ruefully, wily creationists like Duane Gish exploit to devious effect. But evolutionary paleontology "jumps together" beautifully with evolutionary explanations of biogeography, morphology, genetics and the like; creationist paleontology wretchedly flies apart from creationist accounts of such collateral phenomena. Evolution, and evolution alone, succeeds in binding together the dizzyingly complex phenomena of life within a common theoretical structure while simultaneously providing scientists with the conceptual tools to expand the boundaries of empirical knowledge. Allow miraculous explanations into science, and creationism's abject failure to offer any adequate consilience would still mark it as an intellectual dead end.

The secular skeptics of natural selection form a more heterogeneous group, and, perhaps inevitably, Ruse's engagement with them lacks the momentum that drives his discussion of creationism. In many cases, as Ruse concedes, critics are responding, understandably if unfortunately, not to Darwin's core ideas but to the ideological uses to which evolution has been put: "Some dreadful stuff has been fobbed off under the umbrella of evolution, and even when it is not that dreadful, some very shaky assumptions have been incorporated." His strategy relies on demonstrating that Darwinism, properly understood, does not really stand behind any of the often-noxious philosophies that have claimed its authority. Despite well-documented abuses, Ruse argues persuasively that "there is no good reason to think that . . . the professional side of modern Darwinism . . . is simply an excuse for promulgating the values of modern (or past) society."

Ruse's defense of natural selection against critics within evolutionary biology is sure-handed but is neither as decisive nor as satisfying as the rest of the book. The introduction laments that "well-qualified and articulate evolutionary biologists . . . have been showing so visceral a hatred of Darwinian thinking that one suspects that their objections cannot be grounded purely in theory or evidence." Ruse hints darkly that Marxism may be at the root of most of it. This assertion is overblown and unfair. The late Stephen Jay Gould, one of Ruse's main targets, took great pains to insist that he wanted to restructure and extend Darwin's vision, not replace it. Ruse provides little reason not to take Gould at his word or to conclude more generally that like-minded biologists are any less committed to a rational explanation of the living world than their more selection-minded colleagues.

Fortunately, Ruse does not expand on this inflammatory line of argument. (It is there, no doubt, more to tweak the noses of friendly adversaries than to launch a blistering assault on enemies, but any wink of his eye will probably be lost on readers unfamiliar with his long career as a polemicist.) In the heart of the book he does acknowledge that biologists such as Gould and Richard Lewontin raise legitimate issues about the limits and restrictions on natural selection. Concessions made, Ruse then draws dexterously on scientific evidence and evolutionary logic to argue that the points made against robust selectionist thought are not nearly as telling as the critics like to think, and so no good reason exists for a significant refurbishment of current orthodoxy.

No reader, no matter what his or her sympathies, will finish Darwinism and Its Discontents without finding something, and perhaps much, to dispute—and Ruse clearly enjoys a good debate too much to want anyone to nod in dull assent to all of his points. In his determination to vanquish all critics of uncontaminated Darwinian thought, he does not distinguish as clearly as he should between his opponents. His targets (take Gould and Gish on the extremes) are all "anti-Darwinians" only in the same way that oak trees and chimpanzees are nonmembers of the genus Homo. Although Ruse's targets are a ragtag bunch, the core logic he uses to defend Darwinism contains a powerful and compelling coherence. We see that evolution works worst when elevated to the status of a secular religion or otherwise subordinated to the service of extrascientific commitments. "Beware of anything that answers everything," Ruse cautions. "It usually ends by answering nothing. And that is certainly not true of Darwinism." We see that evolution works best when deployed to address tightly defined questions about the living world. For Ruse, pragmatic to his bones, this is the ultimate point:

Darwinian biology . . . does what is needed to tell us in a disinterested fashion about the world of experience. It works, and that in the end is why it deserves our attention and support. Until and unless a more powerful rival appears on the scene, that is why we should be Darwinians.

And to that, in light of the mischief that results when evolution is subordinated to metaphysical ends, we are forbidden to say "Amen." 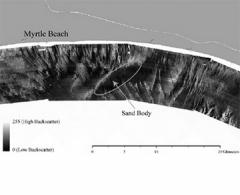