I read the September–October 2018 issue of American Scientist avidly from cover to cover. Astrophysics is not my field, but I am intrigued by the fundamental questions raised in these articles about dark matter and dark energy. Might a solution to this enigma lie more in the province of dark energy than dark matter? For example, what would be the outcome if multiple interacting gravitational fields could enter our universe? Is that an untenable proposition? Could this be the explanation for why matter in our universe is still accelerating when we might expect it to be slowing? Should we be looking for the interactions of very weak gravitational waves rather than more and more “nebulous” particles?

I was the guest editor of the special issue on big data in astrophysics, and I have worked with a number of leading scientists researching dark matter. I will do my best to address the interesting questions you raise.

The challenge with any theory of dark matter is that it has to satisfy several different lines of evidence for additional, anomalous gravitational attraction. The original line of evidence is the rotation curves of spiral galaxies, which move so quickly that they should fly apart unless they were held together by a stronger pull than can be accounted for by the visible matter. Other evidence comes from the motions of galaxies within galaxy clusters; from the way the mass of those clusters bends the light of more distant objects; from the inferred distribution of mass indicated by hot gas versus the apparent distribution of mass indicated by stars and nebulas; from models of how galaxies formed in the early universe; and from distortions in the microwave background left over from the Big Bang.

As you can see, that’s a lot of different types of evidence! The “cold dark matter” model, which holds that the unseen material consists of slow-moving, massive particles, fits most of the observations quite well. The only problem, of course, is that nobody has been able to find this marvelous particle! Some other models propose modifying the behavior of gravity, or introducing new physical forces that operate only over extremely long distances. These models eliminate the need to invoke an unknown particle, but they add new unknowns of their own, and they generally do not fit the existing evidence as well.

The modified-gravity and additional-field models seem to be somewhat similar to what you propose with your idea about multiple interacting gravitational fields. The challenges lie in the specifics: Where would these fields come from? How would they interact to produce additional gravitational pull that clings tightly to galaxies but also more broadly across galaxy clusters? And why would fields that cause additional attraction on short- and medium-range distances cause repulsion over very large distances? The idea of modifying and combining gravitational fields is very appealing, but so far nobody has been able to create a compelling, testable theory that is consistent with the diverse data sets available to modern cosmologists. That is what makes dark matter (and dark energy) such a delightful mystery. 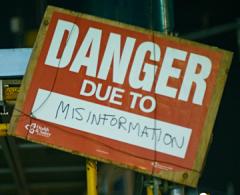