Celebrities in the United States have included sports heroes, singers and movie stars. These days we also count supermodels, YouTube sensations and, occasionally, people who are simply badly behaved enough to make the news. Shelley Emling’s Marie Curie and Her Daughters is a reminder that, once upon a time, scientists were commonly celebrities too. This biography, based in large part on letters released to the author by Marie Curie’s granddaughter, the nuclear physicist Hélène Langevin-Joliot, and focusing on the period of Curie’s life after the death of her husband, Pierre, in 1906, gives a fascinating glimpse into the family’s story, and their relationship with the American public, amid the upheaval of both World Wars. The book’s first chapter is written in a dramatic style that some readers may find distasteful, but the remainder of the book, especially the later chapters, is worth holding out for. 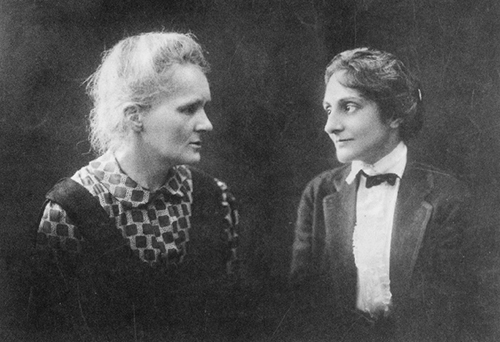 The book’s beginning details Marie Curie’s affair with fellow scientist Paul Langevin. (Hélène married Paul Langevin’s grandson, Michel.) Langevin’s wife finds letters from the couple and threatens to publish them, exposing the affair. Other scientists denounce Curie and suggest she return from France, her adopted country, to her birthplace of Poland—even as she is awarded her second Nobel prize. The story is a complex one, and I found the narration a bit confusing. Emling quotes Curie’s love letters to Langevin but then refers to the letters the French press acquires as “intimate letters—or forgeries based on them.” Curie calls the newspaper’s words “libel and slander” and Langevin says the letters were altered, but Emling does not share what the papers published. She later refers to Curie’s “alleged actions,” even though she has told us that Curie was having an affair. She dismisses Langevin’s wife as abusive and tells us that “eventually he always returned [to her] for the sake of the children.” Perhaps the author’s relationship with Curie’s granddaughter made it tricky to write about these incidents. Whatever the case, I wished Emling had placed greater emphasis on what seems to me to be the crux of the matter—that, as she writes, “none of this would have happened if Marie were a man.”

The affair and its attendant drama thankfully disappear with the beginning of World War I, in chapter 2. Curie and her daughter Irene crisscross the country, setting up x-ray stations for army doctors. After the war, Curie’s attention turns back to opening research institutes, but she has little funding and only one gram of radium. She and Pierre had spent years sifting through tons of ore to isolate it. The Curies had refused to patent their process because they believed that “pure research should be carried out for its own sake and must not become tangled up with industry’s profit motives. Researchers . . . should selflessly make their findings available to anyone and everyone.” In 1920, to purchase another gram would cost between $100,000 and $120,000.

In a fortuitous coincidence, shy Curie meets an American journalist, Marie Mattingly Meloney (known by her nickname, “Missy”), who convinces her to travel to America on a fundraising campaign. Meloney arranges the trip, marketing Curie in slightly dishonest ways to increase her appeal to American women: “She told her readers that it had pained Marie enormously to spend so much time away from her daughters when, in fact, Marie had made her work a priority and didn’t seem to feel conflicted by her choice,” writes Emling. Meloney also presents Marie as poor and writes that Marie will be using the radium to find a cure for cancer, although Curie has made it clear that she’ll be using the radium for scientific purposes. The Marie Curie Radium Campaign quickly gathers over $150,000 in small donations, enough to buy the radium, which is symbolically presented to Curie by President Warren G. Harding in a White House ceremony. In spite of her failing health and aversion to signing autographs, to Americans in 1921, Marie Curie is a superstar.

Back in Paris, Curie and Irene get to work, even as the dangers of radiation begin to become evident. (The U. S. Radium Corporation refuses to admit any link between radium and the deaths of workers painting with radium powder, who lick their paintbrushes to keep them pointy.) Marie takes a second fundraising trip and provides an outsider’s view of science in the United States: “Marie spoke out in favor of pure science as the source of true progress and civilization, especially after witnessing how much America’s burgeoning scientific environment was intermingled with trade, politics, and even war debts,” Emling writes. Irene marries scientist Frédéric Joliot, and the two become a research team reminiscent of Marie and Pierre. After narrowly missing their chance to be the first to discover the neutron and the positron, Irene and Frédéric discover artificial radioactivity, radioactive isotopes created from normally stable elements.

The family’s work and travel is catalogued with enough personal detail to keep things interesting. The first half of the book retains an awkwardness, however, that might stem from Emling’s heavy reliance on family letters in telling the story. She includes details I found pointless, such as that in 1929, Meloney sent Curie “a gorgeous address book as a Christmas present, bound in leather and embossed with Marie’s initials.” Charming, perhaps, but I would have preferred to hear more about Curie and Irene’s science.

After Irene and Frédéric’s success in the lab, Marie’s perpetually fragile health deteriorates. She travels to the mountains, where she often went to recover from bouts of illness in the past, and is joined by her younger daughter Eve, who is more artist than scientist. At the age of 67, Marie passes away from anemia; her radium-damaged bone marrow cannot save her.

With Marie’s death, Emling’s prose becomes more free. She details Irene and Frédéric’s views as the Nazis rise to power and as their artificial radiation (for which they win a Nobel prize) and subsequent research on atomic fission gain the interest of governments who would use their research to make bombs. As World War II nears, Emling shares other stories of the scientific community, such as that of Lise Meitner, an Austrian Jew whose exile to Sweden saves her life but also costs her the honors of publishing with her research colleagues, winning a Nobel prize and being remembered by history books. The Curies play many interesting roles during the war. In a scene reminiscent of The Sound of Music, Irene hikes across the Alps with her children to escape occupied France. Ultimately, Frédéric and Irene feel betrayed when they learn that an atomic bomb has been dropped on Japan. Emling notes that Irene frequently said “she was glad her mother had not lived to see the day.”

The real treat comes near the end of the book. Eve, who has lived on the sidelines of her scientific family, writes an award-winning biography of her mother that quickly becomes a bestseller and spurs an Oscar-nominated movie. (Casablanca beat Madame Curie for the Academy Awards’ 1943 Best Picture award.) Eve poses for Vogue, dines at the White House, and uses her fame to encourage America to join the war. She becomes a war correspondent, flying around the world to interview the likes of Chiang Kai-shek and Mahatma Gandhi. She marries an American diplomat and continues her travel and advocacy.

In 2011, celebrations marked the hundredth anniversary of Marie Curie’s Nobel Prize in Chemistry. Although Curie’s legacy is evident both in scientific progress and in the increased success and recognition of female scientists, the sobering words of her biophysicist grandson, Pierre Joliot, stand out at the end of the book: “I think Pierre Curie wouldn’t have been successful if he had worked now. There is no time for long-term research, everyone wants quick results.” Perhaps Joliot mentioned Marie Curie elsewhere in the speech from which the quotation is excerpted. Nonetheless, the quote stands out both for the point Joliot makes about the present state of scientific research—and for the fact that Emling chose to end the book with Joliot’s recognition of his grandfather, but not his grandmother.

Emily Buehler is a writer based in Hillsborough, North Carolina. She received her Ph.D. in chemistry from the University of North Carolina at Chapel Hill in 2001. She worked for years as a professional baker, and is the author of Bread Science: The Chemistry and Craft of Making Bread (Two Blue Books, 2006). She continues to teach classes and workshops on baking at locations including the John C. Campbell Folk School in Brasstown, North Carolina. 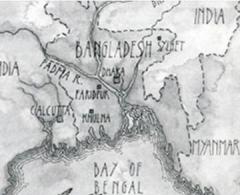