Ada Lovelace Day, and its companion website, aims to raise the profile of women in science and technology

It’s not news that women in the sciences face significant obstacles. But if you’re in need of empirical confirmation, a review of the literature turns up plenty of evidence. In a 1999 study in the journal Sex Roles, for instance, Rhea E. Steinpreis and colleagues found that a job candidate with a female name was less likely to be chosen than a candidate with a male name and an otherwise identical resume. A 2008 study in Trends in Ecology and Evolution, by Amber E. Budden et al., compared double-blind review (in which peer reviewers don’t see the author’s name) and single-blind review (in which they do). Under double-blind review there was a significant increase in publication of work by female authors, suggesting a bias against research by women. Such problems follow women throughout their careers in the halls of science—and sometimes push them out the door.

Knowing what’s happening is one step. Researchers have also explored how we might change things. A study by Sylvie Kerger et al., published this year in the British Journal of Educational Psychology, found that girls’ interest in studying science was greater when lessons employed stereotypically feminine topics—and stereotypically masculine topics, the authors note, are generally the norm. A pair of experiments by Penelope Lockwood, published in Psychology of Women Quarterly in 2006, suggests that for young women who are contemplating careers in science, it’s important to have female role models, more so than for young men to have male ones.

When Suw Charman-Anderson, a London-based social technologist, read of this study, she saw both an expression of her own experience and an opportunity. “When I tried to think of my own role models, I had a hard time naming them,” she says. And although she has a good network of fellow technologists now, it took a while to find them. “I sort of stumbled across my peers,” she says. 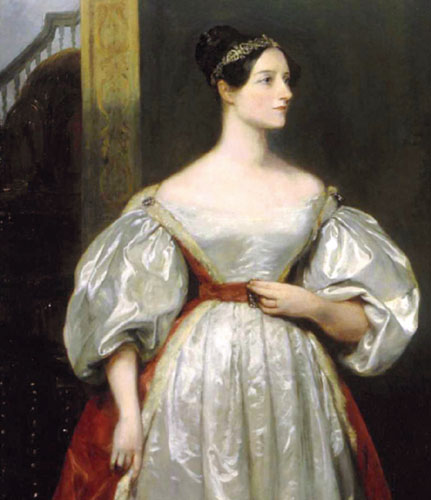 So in 2009, she initiated Ada Lovelace Day, named after the 19th-century mathematician who is considered the founder of computing science, with a challenge on the U.K. website Pledgebank: “I will publish a blog post … about a woman in technology whom I admire but only if 1,000 other people will do the same.” The response was overwhelming—nearly 2,000 people pledged to post. The 2010 results were similarly successful, and the day’s focus grew to include women in all of science. At first, entries tended toward the venerable: Marie Curie got a lot of press. But as the event has grown, posts have appeared on more and more 20th-century and contemporary women in science.

Sue Black, a senior research associate in the Department of Computer Science at University College London, has been involved with the project since its first year. “It’s great fun seeing the list of interesting women grow each year,” she says.

For Ada Lovelace Day 2011, on October 7, Charman-Anderson, Black and their colleagues took another step toward making those role models easier to find. A new iteration of the Ada Lovelace Day website, www.findingada.com, allows people to create profiles of the scientists they admire and offers a compendium of links to all the blog entries posted thus far. The result will be a kind of crowdsourced database of women in science.

Combining this focus on women with an explicitly participatory model yields strengths that more general sources may not have. Wikipedia, for instance, was found in a 2010 survey to be edited primarily by males, despite its mission to be open to everyone. Charman-Anderson also notes that women are less likely to self-promote than men. “Lots of women wouldn’t make a post about themselves, or profile themselves, but they’ll do it for someone else,” she says. (The data support her: Several studies show that women who are seen as ambitious are perceived negatively.) More-traditional databases devoted to gender in science may suffer from a lack of visibility, but the bloggers who participate in Ada Lovelace Day each contribute to its publicity.

“We want to connect women not just to groups in their own geographic area, but also connect them to other women via their passion, whether that’s microbiology or Ruby on Rails,” Charman-Anderson says. “Having like-minded people around you is essential, and we hope to be able to help women find such communities.”

Given the still-considerable difficulties women face in the sciences, it’s easy to forget how much change has come since Lovelace’s time. But the vast amount of information available at Finding Ada makes it easier to imagine a more equitable future. “I wonder what Ada Lovelace would have made of it all,” Black says. 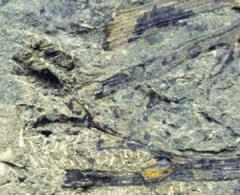 An Unexpected Debut for Wood