People have always envied creatures that fly, but it took us centuries to mimic their talent mechanically. The truth is, we’re still trying. Enter Richard Bomphrey, a research fellow at Oxford University, and his colleagues. They work where biology and engineering intersect. Using wind tunnels, very high-speed cameras and computer models, they capture how wings work with precision far beyond what human eyes can observe. As important, they use simulations to explore how wings’ performance could improve if they were unfettered by biological constraints. Such research can be helpful to evolutionary studies and to the design of futuristic devices such as micro air vehicles, those mini flying machines expected one day to execute search-and-rescue missions, surveillance—even planetary exploration. Bomphrey discussed the techniques that he and collaborators use to observe the wing beats of the desert locust Schistocerca gregaria with American Scientist associate editor Catherine Clabby.

A.S. Let’s start with the digital video cameras you use to capture the details of flapping wings in the laboratory. How good are they?

R.B. Although beautiful still images (notably by John Brackenbury) have given a tantalizing glimpse of the complexities of these structures, video sequences have been more difficult to collect. Previous generations of video cameras were limited by how fast the charge could be downloaded from the photosensitive chip. Today, the architecture of their chip and buffer memory continues to develop so that they run faster. High-speed digital video allows for bulk data capture and analysis. The cameras captured locust flight at 1,000 hertz for the moth experiment (but my colleagues run them at speeds up to 4,000 hertz when working with small hoverflies). The locust wing beat frequency is around 20 hertz, so we get 50 frames per wing beat. The surface positional data are interpolated to create 800 time steps for our simulations. Together this represents unprecedented detail of any animal’s wings in motion.

A.S. This research combines tools traditionally used to observe changes in airflow, such as smoke visualization, and newer ones, including digital particle image velocimetry (PIV). Can you describe each?

R.B. Smoke visualization is a classical technique that has been used in fluid dynamics since its inception. The method is particularly suited to vortex growth and shedding events, which are critical to the stability of fixed-wing aircraft and helicopters and also to the effectiveness of propellers. But is has been used sparingly in animal flight research. It requires coating a wire with beads of oil and then heating the wire so that the droplets burn off as smoke. The smoke becomes discrete filaments as it is carried down the wind tunnel with the flow. When these streaks encounter a wing, they deflect and roll up into vortices from which aerodynamic flow structures can be identified. PIV makes the process quantitative, and is one of the techniques of choice for engineers trying to measure complex flows. It works by “seeding” a medium (in this case, air) with neutrally buoyant particles. I use micron-diameter olive oil droplets because they are highly reflective. Next, a laser fitted with lenses that create a vertical sheet of light pulses twice within a short time interval while a camera films an illuminated plane. An image correlation technique measures how far the particles have moved between successive frames. That distance, divided by the time interval, gives a velocity for each part of the image and a vector map of the flow pattern.

A.S. Why use Schistocerca gregaria for these studies?

R.B. The desert locust is one of the workhorses of biological research. It is particularly good for biomechanics studies. An intercontinental migrant with a low-energy diet, it will fly for hours and has significant evolutionary pressure for aerodynamic efficiency. The folding, bending and twisting of the hind wing enhances aerodynamic performance and is exquisitely controlled by architecture and materials. Unlike birds and bats, insects have no musculature outside of the thorax. That means all the vital changes in shape throughout the wing beat cycle must be controlled passively through wonderful architectural design. 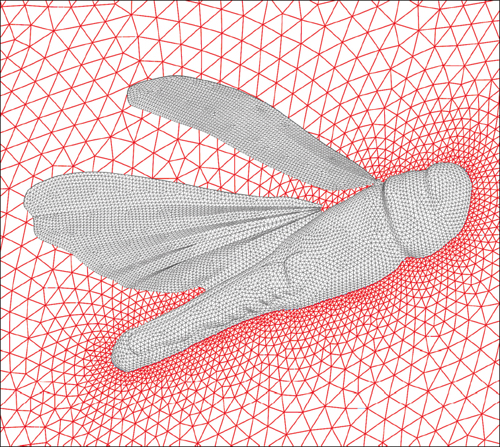 A.S. How could this sort of research advance understanding of insect evolution?

R.B. We can use our methods to identify constraints on wing morphology evolution that inhibit optimal efficiency. These constraints are trade-offs for something else. That could be ruggedness in a sandy environment, camouflage, signaling, adaptations to burrowing or group living, etcetera. There is very interesting work going on worldwide that is also investigating the structure and function of bird wings, fish fins and terrestrial locomotion in animals. Despite distant evolutionary starting points, the parallels are fascinating.

A.S. What do you suspect will be of use here to engineers trying to design new flying machines?

R.B. Engineers of small biomimetic flapping machines today struggle with longevity issues, so any tips or tricks for improving efficiency will be very useful. Also, despite 400 million years of evolution, insects have not converged on a single optimal design for flight. In fact, no single optimal structure for animal flight exists. Instead, there are a wide variety of local optima, each suited to the array of specific tasks each species performs in specific locales. Rather than copy nature, we should identify trends in designs. Those trends point in the direction of optimality for each task. The species themselves have other things to worry about! 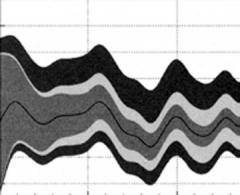 How We Make Knowledge About Climate Change