By Any Other Name

By giving tumors their right names, scientists gain power over them

Pity taxonomy. When it is not being mistaken for the craft of making dead things look alive, the science of naming things seems, in this age of scientific razzle-dazzle, hopelessly old-fashioned.

And yet the act of naming is, in many ways, the fundamental task of our intellect. The world, as William James suggested, appears "a blooming, buzzing confusion." As scientists, our ability to parse that confusion—to group objects into meaningful categories and give those categories names—is both the prerequisite to and the culmination of our understanding of the world. The way we name things, however, inevitably affects how we perceive those things. 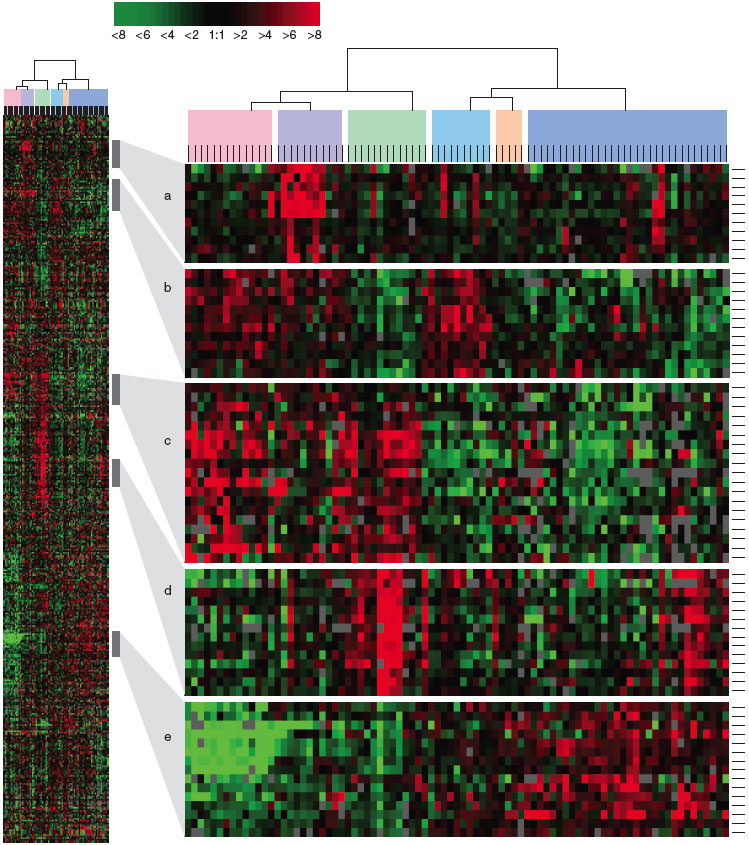 Nowhere is the importance of naming more obvious than in the ways we describe breast cancer, a disease that evokes faint anxiety every time its name is uttered. Descriptions of this disease go back 3,000 years; over the past 30 years, it has become one of the most intensively studied diseases, not to mention the focus of promotional and educational campaigns. Yet despite this long history and our relentless scrutiny, we are not yet sure what "breast cancer" is, or even whether it is a single disease. The more we learn of this condition and its underlying mechanisms, the more complex and multifaceted this disease appears: We are making progress in our understanding of this disease, but sometimes the very name impedes us.

So what makes breast cancer "breast cancer"? Part of the answer surely is, to borrow the realtor's mantra, location, location, location. Breast cancer describes tumors that, in both men and women, occur in breast tissue. But is that enough to give all tumors of the breast the same name? Their occurrence in the same part of the body may indeed reflect a deeper underlying similarity, a lifelong and irreversible identity shaped by the neighborhood in which the tumor cells grew up. But location could instead be a superficial similarity—an address that groups together unrelated conditions and obscures connections to tumors in other parts of the body. And the riddle deepens.

The progenitor cell of a breast tumor may have once been a well-defined cell in the lining of a milk duct. At that point, the progenitor cell would have been keenly aware of its location in space, of its age, of its identity and responsibilities as a duct cell. But cells that begin to grow uncontrollably, as they do in a tumor, lose their bearings, shun their roots and even appear to move back in time, undoing the process of differentiation that made them what they are. A pathologist scrutinizing cells from a biopsy looks for those cells that have lost their way, that have forgotten what they are. So what are we to call these tumor cells that are in the breast but no longer of the breast?

Perhaps the answer consists in not being fooled by looks, but instead in attending to some prominent feature of cellular behavior. Yet behavior, too, may be misleading. Much of the biology and epidemiology of breast cancer can be understood by focusing on the interaction between breast tumors and a single circulating hormone: estrogen. Estrogen is a powerful message for cells, prompting those who heed it to divide. The increased risk of breast cancer associated with obesity in post-menopausal women reflects the ability of fat tissue to produce estrogen, increasing a woman's lifetime exposure to estrogen. The protective effect of early childbearing and extended breastfeeding on breast cancer risk stems from the suppression of ovulation and the consequent reduction in lifetime estrogen exposure. Even one of the best bits of recent news in this field, the eight percent decline in breast cancer incidence seen in the United States in 2003, is connected to the decline in hormone-replacement therapy (which includes estrogen) as a treatment for menopausal symptoms. Given all of this, surely estrogen sensitivity is the hallmark of breast cancer, the one empirical feature that unites all breast tumors?

Surprisingly, no. A third of breast tumors turn out to be deaf to estrogen, having lost the ability to make and position estrogen receptors (ERs) on the surfaces of their cells. These ER-negative tumors may not be able to hear the command of estrogen to divide, but unfortunately they miss the meaning of declining estrogen levels: stop dividing. As a result, these tumors are more dangerous than their attuned counterparts—faster spreading, harder to treat, more likely to recur. Based on functional criteria, ER-negative tumors may well deserve their own separate name. By the same token, many ovarian tumors are keenly sensitive to levels of circulating estrogen, accounting for the frequent co-occurrence of ovarian and breast tumors in certain patient populations. Do all estrogen-responsive tumors deserve their own label too, regardless of what piece of human real estate they despoil?

In the end, our ability to name diseases properly may depend on our getting to know them better, or on looking beneath surface appearances for deeper understanding. Virtually every human cell carries within it the entire human genome, 30,000 different instructions for the manufacture of 100,000 proteins. At any point in space and time, some instructions must be sung out loud, others left silent. The identity, location and function of every cell in our body depend on the correct interpretation and interplay of those musical fragments. At this scale, healthy cell behavior depends on a well-rehearsed and synchronized molecular chorus. Conversely, every genetic disease reflects a rogue element in the choir, a disturbance in the careful interpretation of biological information. Cancer is no exception.

We have known for a century that cancer must involve a deep disturbance in the mechanisms that regulate cell growth, cell division and cell identity. But until recently, we were not in a position to ask intimate questions of the 30,000 molecular singers on the cellular stage: Who is singing off-key? Who is coming in too soon or too late? Now, thanks to technology developed in conjunction with the Human Genome Project, we can look at what each gene is doing in the cell at any point in time. More precisely, we can look at how loudly each of the 30,000 genetic instructions is being sung at any point in time. With this technology, we can also ask the question we have been hinting at from the outset: Are all breast cancers the same and hence deserving of the same name?

At the genomic scale, every breast cancer examined shows a large subset of genes being read differently than they would be in normal breast cells. Some genes are read too loudly ("overexpressed"), others too quietly ("underexpressed"), and it is the noise of these undisciplined molecular voices that results in breast tumors. But are all breast tumors reading the same, albeit incorrect, score? The answer is an unequivocal no, which perhaps should not surprise us. A condition that is characterized by a malfunction of the delicate processes that regulate cell growth and division is not likely to result from the same, single cause in every case.

The tragic reality of our lives is that there will always be many more ways of screwing things up than there will be of getting them right, and this axiom holds true of biological systems as well. Breast cancer turns out to be a heterogeneous collection of molecular miscues. Hidden beneath the apparent similarity of all breast cancers lie many corrupt musical scores. What once seemed to us a single illness with a similar set of underlying causes has been transformed into multiple discordant conditions. Choruses of genes that carry the tune in normal cells blare in certain breast tumors but only whisper in others. What seemed simple suddenly appears hopelessly complicated.

Variations and a Theme

Yet hopelessly complicated is not the same as chaotic. As more and more breast tumors are scrutinized at this level of detail, new patterns have emerged. Our worst fear—that every tumor would be unique, precluding an overall understanding of breast tumors—has not been realized. There are ways of grouping breast tumors based on the study of their molecular voices, and the resulting number of tumor classes, in the range of 5 to 10, has remained manageable. But what is most important is not that each class of breast cancer deserves its own name. What matters is that these detailed portraits of breast tumors have profound implications for diagnosis and treatment. These categories provide starting points for the development of specific therapies tailored to newly revealed types of "breast cancer." These classes respond differently to chemotherapy and to radiation. They have different probabilities of recurrence, remission and metastasis. Distinguishing them is hardly hair-splitting; these differences matter to all involved.

We are witnessing a radical shift in our approach to illness: away from symptoms and toward diagnoses based on cause and mechanism. For many complex diseases, the perception of one monolithic condition with a single name based on symptoms will likely give way to more nuanced, mechanism-based nomenclatures. What we call an illness is not just a matter of semantics. Everything—diagnosis, treatment, research, funding and ultimately prevention and cure—rides on getting the name right. 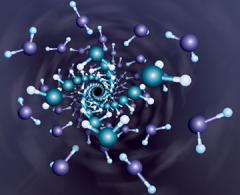