Bright Light or Blight Over Brighton?

A superslender structure rising from the beach at the British seaside resort meets engineering challenges better than architectural ones. So what's new?

The seaside resort town of Brighton, England, has been the location of famous structures for centuries. Perhaps its most famous, the Royal Pavilion, traces its roots to the late 1700s, when the Prince of Wales, who would become King George IV, used it in its early forms as a retreat from London. With its proximity to the salt water of the English Channel, the location promised to be beneficial in providing relief for his gout. In 1815 the pleasure palace was expanded by the Regency architect John Nash in a style evocative of Indian and Islamic architecture, complete with multiple bulbous domes and slender minarets that towered over the seaside resort. As has been the case for many a grand structure, ongoing construction of the Royal Pavilion spanned eras, and its large principal dome was among the earliest to be completed using cast iron in a domestic setting. Because the heavy dome could not be supported by the existing walls of the original timber structure, Nash devised a system of iron columns to provide the necessary ring of bearing elements. 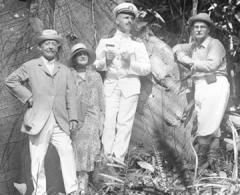