Fossils from Morocco are the earliest yet found of our species, dating to about 300,000 years ago. Previously, the oldest known Homo sapiens fossils had been found in 2003 in Ethiopia and were 195,000 years old. The new fossils upend the idea that there was a “cradle of humankind” in East Africa. Instead, humans seem to have evolved in multiple locations across the African continent. Homo fossils were first found at Jebel Irhoud in Morocco in 1961 but were thought to be tens of thousands of years old. Nevertheless, their morphology confused paleoanthropologist Jean-Jacques Hublin, of the Max Planck Institute, enough to cause him to look for more fossils there. He excavated skull bones and flint blades from the same sedimentary layer. Dating the flint blades revealed that they had burned 300,000 years ago. The skull bones belonged to several individuals. Their faces and brain sizes were similar to those of humans today, although their brains were more elongated. The flint in the blades was from a site 20 miles from Jebel Irhoud, suggesting that early humans sought far-off resources.

An ice melt larger in area than Texas is a warning sign that climate change is destabilizing parts of the Antarctic ice sheet. A 2016 study in Nature predicted that warming in Antarctica alone could cause 4 feet of sea-level rise during this century. During the Antarctic summer of 2016, meltwater appeared on the biggest floating ice platform on Earth, the Ross Ice Shelf in western Antarctica, and lasted 15 days. Most ice loss in this region has occurred through warming of ocean waters under the ice, not a warmer atmosphere. The warmer air likely resulted from El Niño conditions; climate change is predicted to make El Niño events more frequent and extreme. Melting from underneath and on the surface could make these formations more unstable. As larger ice shelves lose mass, ice formations they hold in place can flow into the sea.

A Closer Look at Jupiter's Poles

The Juno space probe’s first looks at Jupiter’s poles, during passes that began in July 2016, are challenging scientists’ understanding of the gas-giant planet. Images show numerous polar cyclones; it’s unclear what drives them. Images from more flybys will show whether the cyclones are always present. Researchers had thought that the planet’s atmosphere was well mixed, but the concentration of ammonia turns out to vary significantly from place to place. The data also show that the particles driving Jupiter’s auroras may differ from those of Earth’s auroras. Finally, Juno’s gravity field measurements imply that heavy elements are distributed differently than expected, a finding that changes ideas about Jupiter’s core.

The 9.2-magnitude earthquake in Sumatra in 2004 was unexpectedly destructive, killing more than 250,000 people. A recent ocean-drilling study points to an explanation: Certain conditions promote brittle minerals to form at deep faults, and these minerals do not absorb forces as well as more hydrated sediment. Researchers drilled 1,500 meters below the seafloor in two places near Sumatra where sediment is moving toward the fault line, so that they could study what conditions are in flux. They found a layer of sediment where the water was lower in salinity than in surrounding layers. The fresher water must have seeped out of the minerals, rather than seeping in from seawater. During their formation over millions of years, the minerals took in water as part of their crystal structure. As more sediment settled on top, it heated up the minerals until a chemical transformation pushed water out of the crystals. As water flowed away over time, the sediment became dehydrated and brittle—conditions that promote a big quake. More research will determine whether this process is happening at other major faults with similar sediments.

Hüpers, A., et al. Release of mineral-bound water prior to subduction tied to shallow seismogenic slip off Sumatra. Science doi:10.1126/science.aal3429 (May 26)

Most organisms use a circulatory system to pump blood, while a separate digestive system pumps food, but sea spiders use their digestive system for pumping both blood and food. Researchers used dye to track blood flow through sea spiders’ bodies and noticed that the creatures’ hearts beat weakly but that their digestive systems were contracting in waves that moved food around the gut and blood around their vessels. Sea spiders are arthropods (but not true arachnids) that live in the ocean. Their unusual digestive system extends down each of their eight legs, providing maximum surface area for taking up oxygen via diffusion. The researchers suggest that pumping both food and blood with the same system may conserve metabolic energy. This study is the first to report this dual-mode circulation. 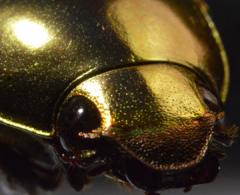