An exquisite fossil of the ancient bird Archaeopteryx lends weight to the theory that feathers evolved independent of flight. The fossil is the 11th of its kind ever found, and it preserves the animal’s feathers in unique detail. New analysis of the specimen reveals that Archaeopteryx, long recognized as a transitional species between dinosaurs and birds, had feathers on its body and legs as well as its wings. The feathers on the creature’s lower half clearly were not necessary for flight; they may have been used instead for display, note the authors. 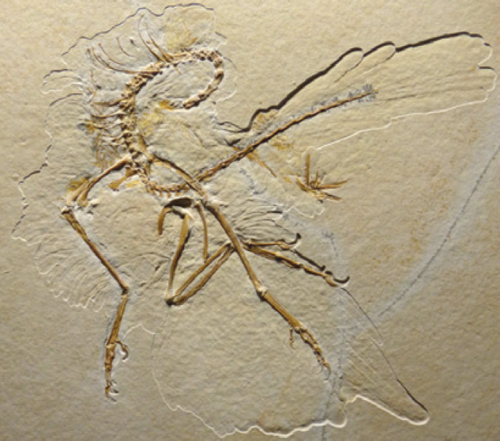 A pair of studies in the journal Nature marked a major advance in cataloging the human proteome—the full list of proteins that can be assembled using the instructions in our DNA. The researchers identified proteins coded by 17,000 to 18,000 of the approximately 21,000 genes in the human genome, and made their map of the proteome freely available online. A master database of the proteome will assist the understanding of the inner workings of the body and the treatment of disease.

Earlier this year the BICEP2 team reported that they had detected gravitational waves from the Big Bang, but now other cosmologists say the much-heralded claim may have been premature. The findings, if true, would provide the first direct observational evidence for cosmic inflation, a theory that posits that the universe expanded exponentially during the first fractions of a second of its existence. The BICEP2 evidence was based on the way that microwave radiation from the edge of the universe is polarized. New observations indicate that the team may have underestimated polarization from relatively nearby dust in our galaxy. Some or all of the signal originally attributed to primordial gravitational waves could be due to effects of local dust. However, these new maps do not include the area where BICEP2 collected their data. Such maps will be released in October, and should quickly settle the debate.

Mortonson, M. J., and U. Seljak. A joint analysis of Planck and BICEP2 B modes including dust polarization uncertainty. arXiv:1405.5857 (submitted on May 22)

Humans have unwittingly conspired with nature to create a new type of stone, made of conglomerates of melted plastic. The hybrid was discovered on Kamilo Beach, Hawaii. Researchers consider these balls of fused plastic to be a new type of stone because natural processes formed them, and are calling them plastiglomerates. In the far future, these plastic stones could be an important and distinctive fossil trace of this time period. Plastiglomerates may already be widespread, but no one thought to study them. The authors of the paper think that bonfires on the beach melt tiny particles of plastic garbage that are mixed in with the sand, causing them to fuse into this new stone. 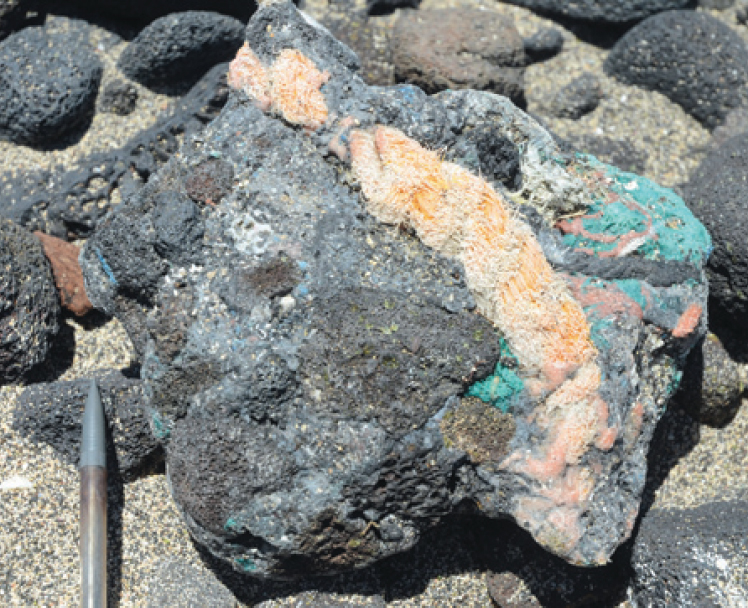 The current extinction rate of species on Earth is 1,000 times that of the background rate, according to a group led by Stuart Pimm of Duke University. Updating an assessment made in 1995, the scientists showed that the earlier measure had underestimated the current rate of extinction and overestimated the background rate. One apparent source of error is the number of undescribed species, which tend to be rare and threatened. They asserted that areas with the most species, which are often the focus for conservation, do not necessarily harbor the highest number of threatened species. The authors warn that as extinction rates are poised to increase even further, conservationists need strategically collected data to develop priorities. For example, they recommend increasing species assessments for the IUCN Red List.

New research shows that the malarial parasite changes the body chemistry of infected hosts, to devious effect: The host gives off a scent that attracts mosquitoes during a stage when the parasite is especially infectious. Although it was known that hosts carrying the parasite attracted more mosquitoes, the mechanism was not understood. By analyzing chemicals emitted by mice that were either infected or not with Plasmodium chabaudii, entomologist Consuelo De Moraes and her collaborators identified four chemicals associated with the crucial stage at which the parasite needs to be transmitted from host to vector. The researchers note that the chemicals emitted by humans could be different than those in mice, but that further studies could lead to scent-based methods for diagnosing patients with malaria. 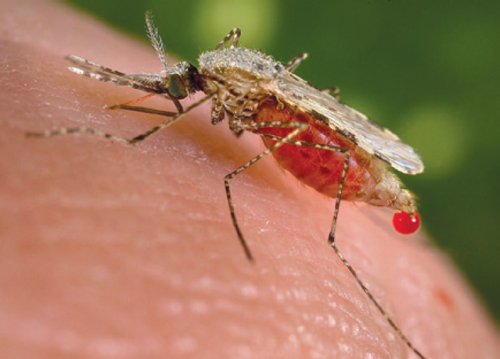 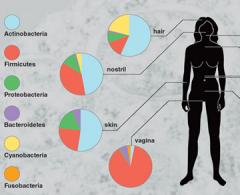