Avoiding death has been a pop­ular goal throughout the ages, and anti-aging elixirs have never been in short supply. Although the best shot at immortality is still through one's work, there is hope on the scientific horizon that people may be able to live considerably longer than they do now.

Over the past 15 years or so, the implementation of molecular genetic approaches in a number of different laboratory organisms has revolutionized research on aging. By systematically manipulating the genes of worms, flies and yeast cells, investigators have identified dozens of genes that can extend the normal life span of each of these species. And the mammalian counterparts of some of those genes seem to share those same life-extending properties—at least in mice. So, the good news is that life span is a plastic trait and that we have identified a large number of genes that can act to delay the aging process. The bad news is that we know next to nothing of how these genes influence life span.

Most biologists accept that aging results from the accumulation of damage to cellular components. But the nature, targets and source of this damage are still subjects of speculation. In The Biology of Human Longevity, Caleb E. Finch, a professor of gerontology at the University of Southern California, sets out to identify the mechanisms of aging and of age-related diseases, as well as the forces that have shaped the evolution of human life span.

Finch—a famed polymath with a keen understanding of such fields as bio­chemistry, comparative zoology, clin­ical medicine, anthropology and evolutionary biology—has been thinking about and actively investigating the biology of aging for the past four decades. His classic Longevity, Senescence and the Genome (University of Chicago Press, 1990) has already secured him scientific immortality. His 2007 book is perhaps even more ambitious than its predecessor and takes into account the significant progress made in aging research over the intervening 17 years.

The idea that toxic by-products of normal metabolism (reactive oxygen species or free radicals) contribute to the aging process has been around for more than a half-century. An enormous body of evidence points to oxygen radicals being key players in a number of age-related diseases. However, the free-radical theory of aging, as originally stated, remains controversial.

One of the great achievements of The Biology of Human Longevity is a comprehensive overview of the effects of free radicals in aging and age-related disease. Finch delves into the experimental details of, and points out the flaws in, several decades of published work. Importantly, he goes beyond reviewing the literature and successfully integrates the free-radical theory with what has been learned about other forms of damage, notably inflammation. 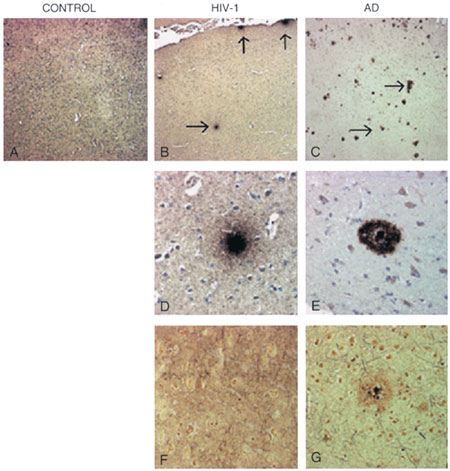 The role of inflammatory processes in Alzheimer's disease, arterial disease and obesity is well known. Finch emphatically makes the point that many of those same inflammatory processes occur during normal aging. Several chapters explore the connections between free radicals, inflammation and aging. No stone is left unturned. Finch examines the effects of dietary, environmental and developmental sources of inflammation in great depth. The result is a more general (and more complex) theory of aging—one that expands on both the free-radical theory and the Barker hypothesis, which states that maternal malnutrition can have a negative impact in adult life.

In the final chapter Finch tackles a huge question: Which factors contributed to the evolution of the remarkable life span of our own species? Many traits make us stand out from our nearest great-ape relatives—language and multi­generational caregiving, for example. But, considering that we share so many genes with our fellow primates, the differences in our respective life spans are indeed worthy of investigation.

Evidence suggests that five million years ago, life expectancy doubled (from 20 years to 40) as the shared ancestor of humans and great apes evolved into Homo sapiens. Two important contributing factors, according to Finch, were a meat-rich diet and exposure to infection.

At first glance, this idea appears counterintuitive. Were our mothers wrong to advise us to eat our greens and wash our hands before dinner? Probably not. But perhaps we are now benefiting from the fact that our distant ancestors did otherwise. The key point Finch makes is that because of behavioral changes that took place during our early evolution (switching from a plant-based diet to one rich in meat and beginning to live in settlements, in close proximity to one another in large groups), gene variants that protect against infections or against the deleterious effects of high fat intake may have prospered.

Finch speculates that these same gene variants may promote long life under the conditions we find ourselves living in today. He illustrates the point with examples of genes that have been linked to certain age-related diseases and are absent from the genome of even our close relative the chimpanzee, a species that is mainly vegetarian.

The past two centuries have marked a second major stage in the extension of human longevity. Life expectancy has doubled in developed countries since the Industrial Revolution, largely because of improvements in hygiene and nutrition, with an assist from inoculation programs.

The book ends with a provocative discussion of the prospects for increasing human longevity still more in the future. Finch points out that when considering exposure to potential pathogenic agents, we are all in this together:

Despite the current advantages of the health-rich elite, the global systems of commerce, water, and wind prevent isolation of any group to the growing pools of infections and inflammogens. Consider this when you next dine in an elegant restaurant: You are but one handshake from staff who cannot afford to miss work because of illness.

The Biology of Human Longevity is a major scholarly achievement. Considering the breadth of the topics covered and the detail in which they are discussed, it is remarkable that the whole thing was written by one person. The work is certainly a tour de force. However, at times Finch has a tendency to get sidetracked into discussions not directly related to the topic at hand. But, that quibble aside, this volume provides a great example of how a curious mind can bring together previously separated disciplines.

Nonscientists may find the dense text tough going, but I hope the book will be widely read, especially by biomedical researchers studying the diseases of aging. Although it is well recognized that advanced age is the greatest risk factor for most chronic diseases, those studying the disease mechanisms often neglect the underlying aging process as a causal factor in disease progression. Finch argues passionately that "major shared mechanisms in aging and disease may be found to stem from roots in the common soil of aging." Today, many of the molecules and biochemical reactions that have been shown to modulate life span in laboratory organisms are considered separately in clinical research focused on Parkinson's disease, Alzheimer's disease and cancer. With time this approach will surely change, and this extraordinary book may be cited as a catalyst that helped bridge the gap between those of us studying the basic biology of aging and our friends and colleagues studying the diseases of aging. If not immortality, then certainly a longer and healthier future may be closer than we think.

Handmaiden to the Science?