A Stone-Age Meeting of Minds

Neandertals became extinct while Homo sapiens prospered. A marked contrast in mental capacities may account for these different fates

More than 40 millennia ago, bands of Homo sapiens trekked up the Danube River into central Europe. There they ran into the native Neandertals (Homo neanderthalensis), who were also formidable hunter-gatherers and who had similarly survived dramatic, even catastrophic, shifts in climate over the preceding 40,000 years. Strangely enough, the two had met before. 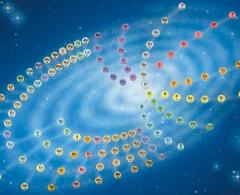 The Past and Future of the Periodic Table