THE SHAPE OF A LIFE: One Mathematician’s Search for the Universe’s Hidden Geometry. Shing-Tung Yau and Steve Nadis. 293 pp. Yale University Press, 2019. $28.

In 1940, as the Battle of Britain raged overhead, the English mathematician G. H. Hardy published a now-classic essay titled “A Mathematician’s Apology,” a brief but spirited defense of his life in the mathematical trenches. “It is a melancholy experience for a professional mathematician to find himself writing about mathematics,” the eminent, 63-year-old number theorist and analyst declared. “The function of a mathematician is to do something, to prove new theorems, to add to mathematics, and not talk about what he or other mathematicians have done.” Nearly a century later, the paucity of books about the lives of modern mathematicians suggests that mathematicians still mostly subscribe to Hardy’s dictum, preferring to let their equations, not their words, speak for them. Historians and other scholars can find it challenging to reconstruct a mathematician’s life if no raw material—no memoir, auto-biography, diary, meaningful correspondence, or oral history—comes to light to help us piece together the narrative.

The Shape of a Life, the autobiography of Harvard geometer, National Medal of Science recipient, and Fields medalist Shing-Tung Yau, is a welcome counterexample: the memoir of an academic mathematician who became a pivotal figure in the international mathematical community following publication in 1977 of his proof of the Calabi conjecture (developed by the Italian American mathematician Eugenio Calabi two decades earlier), and who correctly believes there is a receptive audience for such a story. “For me,” Yau writes, “mathematics has offered a kind of universal passport that has allowed me to move freely throughout the world at the same time I ply its formidable tools toward the task of making sense of that world.”

Given that the book is written in the first-person singular, it would be interesting to know what role his coauthor, Steve Nadis, an accomplished science writer, played in helping depict Yau’s personal and professional history. Did Nadis sit down with a tape recorder and interview Yau? Did the two actively craft the story together? The book offers few details. When Yau is describing his five-year, long-distance courtship of the physics graduate student who later became his wife, he confesses that people in his line of work are usually more fluent in numbers than in words. This admission piqued my curiosity. I would like to know more about how this engaging, eminently readable tale was assembled.

The Shape of a Life does a splendid job of exploring the man, his mathematics, and the cultural milieu and intellectual and political setting in which he developed. The early chapters cover Yau’s impoverished childhood in mainland China and later in Hong Kong, where his family fled in 1949, six months after his birth, amid the turmoil of China’s civil war and the subsequent Communist takeover of the government. He vividly evokes the era and environment: crowded apartment buildings without electricity and running water, lack of money to buy food, and penalties for dress-code violations at school.

In 1969, at the height of campus protests against the Vietnam War, Yau arrived at the University of California, Berkeley, as a mathematics graduate student. There he found his general interest in mathematics turning specifically to geometry and nonlinear partial differential equations. “Somewhere in the back of my head,” he writes, “I had vague notions about tying together geometry and topology, using partial differential equations as the connective thread.” While attending some talks on general relativity in 1970, Yau first learned about the Ricci curvature tensor, a central term in Einstein’s equations. Gregorio Ricci-Curbastro, the Italian mathematician for whom the tensor is named, had applied his tensor in 1904 to the study of the local distribution of curvatures in higher-dimensional spaces, and he gave it a geometrical interpretation. Yau’s interest in Ricci curvature led directly to his interest in the Calabi conjecture, “both for its own sake and because of its relevance to general relativity,” he recalls. He was convinced that the conjecture, whether true or not, was the key to understanding Ricci curvature. Soon he was captivated by the Calabi conjecture—he had “a gut-level, emotional response to [it]” that he didn’t himself fully understand.

“The conjecture applies to spaces with a special kind of geometry,” Yau explains. “Calabi had proposed a systematic strategy for constructing a vast number of manifolds endowed with special geometrical properties.” But no one, including Yau, had ever seen a single example of such a manifold.

Yau took his preoccupation with the conjecture from Berkeley to the Institute for Advanced Study at Princeton, and from there to Stony Brook, to Stanford, to New York University’s Courant Institute, and finally to the University of California, Los Angeles, where in 1976 he arrived at a proof, having worked on the problem sporadically, sometimes to the point of physical exhaustion, for more than six years. The experience of mistakenly thinking some years earlier that he had disproved the conjecture weighed heavily on his mind. He recounts going over his new proof repeatedly at UCLA, “telling myself that if I got it wrong this time, I would give up mathematics altogether and try my hand at something different—maybe even duck farming.” (An uncle had once offered to set him up in such a business.) For good measure, Yau sent a copy of his proof to Eugenio Calabi at the University of Pennsylvania, and a brief summary appeared the following year in the Proceedings of the National Academy of Sciences of the U.S.A. In 1982, Yau received the Fields Medal, the mathematical community’s equivalent of the Nobel Prize, for this work.

Other technical topics that the book covers in detail are Yau’s work in geometric analysis—a new branch of mathematics he helped get off the ground in connection with his Calabi proof—and his collaborations with physicists studying relativity. The book’s 12 chapters also deal with his work on the positive mass conjecture; the story of mathematician Richard Hamilton, who discovered “Ricci flow” and proved a special case of the Poincaré conjecture; and the central role of Calabi-Yau manifolds in string theory, which aims to unite gravity with quantum theory.

For those with a taste for elegant and largely jargon-free explanations of mathematics, The Shape of a Life promises hours of rewarding reading. Readers will probably also enjoy Yau’s revealing descriptions of academic politics, including candid accounts of bruising quarrels with colleagues, both in the United States and in China, where he has many ties and projects under way. By his own account, Yau has never felt quite at home in either country. His account of life in his natural home—mathematics—and his quest to uncover deep truths about nature proves to be a terrific read. 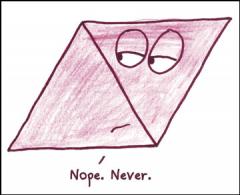